[Lecture] The road to the future for Japan and Fukui opened by link workers (August 31, 2019, Mihama-town, Fukui prefecture held by the Wakasa Dementia Supporter Team) 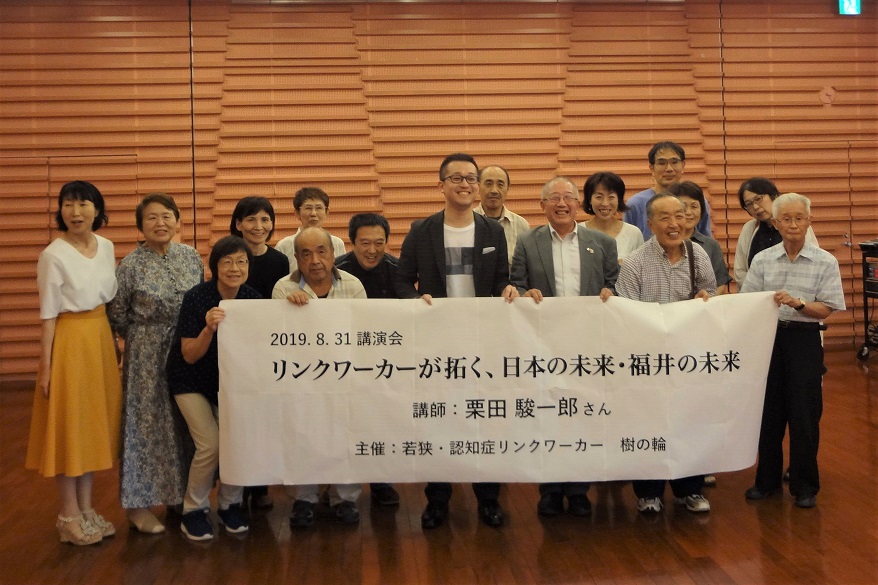 On August 31, 2019, HGPI Senior Associate Mr. Shunichiro Kurita gave a presentation in Mihama, Fukui entitled “The road to the future for Japan and Fukui opened by link workers.” He spoke to local medical and nursing care professionals, government representatives, and private citizens at an annual event sponsored by a citizen’s council called the Wakasa Dementia Supporter Team. The Wakasa Dementia Supporter Team aims to popularize a system in which private citizens act as link workers in their local communities.

Link workers are the people who provide Post Diagnosis Support (PDS) in the system currently being used in Scotland in the U.K. After someone is diagnosed with dementia, they or their family must face various issues such as how to structure their daily lives. Such challenges are shared by people with dementia worldwide. For example, in Japan, the period between diagnosis and connection to healthcare and nursing services is sometimes referred to as the “blank period.” The PDS system in Scotland has drawn attention as an effective system for solving this problem. Through the alliance between HGPI and Alzheimer Scotland, we have conducted mutual visits, multiple opinion exchanges, and survey research initiatives and other research initiatives to learn about this system. 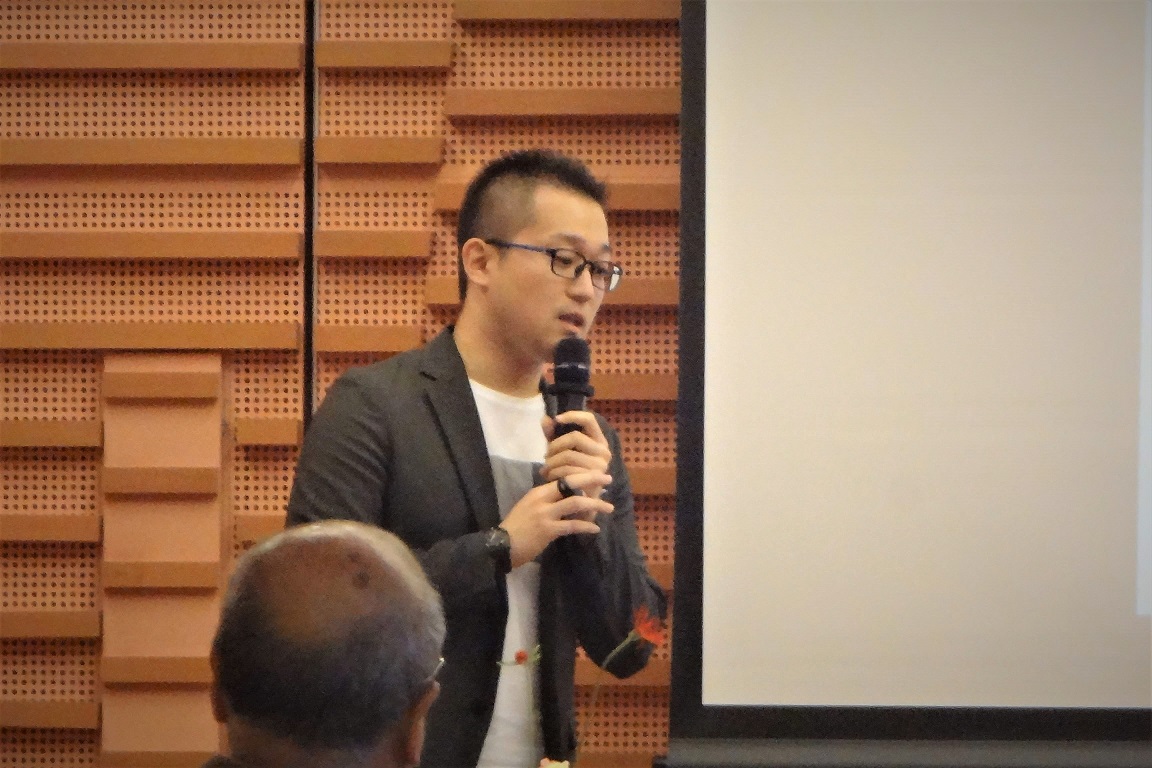 Mr. Kurita began the presentation with an explanation of recent trends in dementia policy and the importance of incorporating the stories and opinions of people with dementia and their families in the policy-making process. He also explained the history and background of dementia policy in Scotland. In Scotland, respect for the rights of people with dementia, their family members, and caregivers have come to be emphasized, with particular emphasis placed on the freedom to make one’s own choices (the right to autonomy). The Scottish Parliament enacted the Charter of Rights for People with Dementia and their Carers in Scotland to give people the freedom to make their own choices even if they are diagnosed with dementia. There, link workers in the PDS system provide support over a certain period to help people with dementia develop autonomy.

At the end of his lecture, Mr. Kurita spoke to those in the audience aiming to become link workers. He stressed that it is important for link workers to not only supporting people with dementia and their families, but to possess the determination to walk alongside people with dementia in order to bring them closer to independence. He said that it will not be enough to simply adapt the system used in Scotland, but that it will be necessary to use the results of past survey results and other research to accurately grasp local resources already existing in communities and to think carefully about how to unite with existing specialists and systems to move forward. 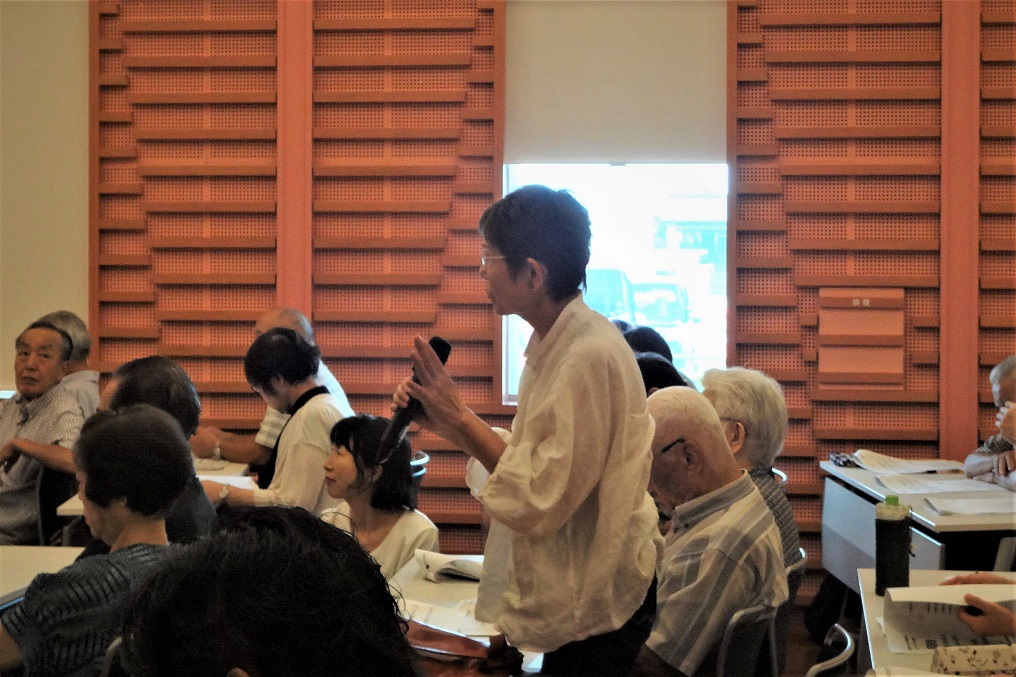 After the lecture, an opinion exchange session was held on effective methods for popularizing the link worker system and ideas to emphasize as a region while specific examples from the community were shared. 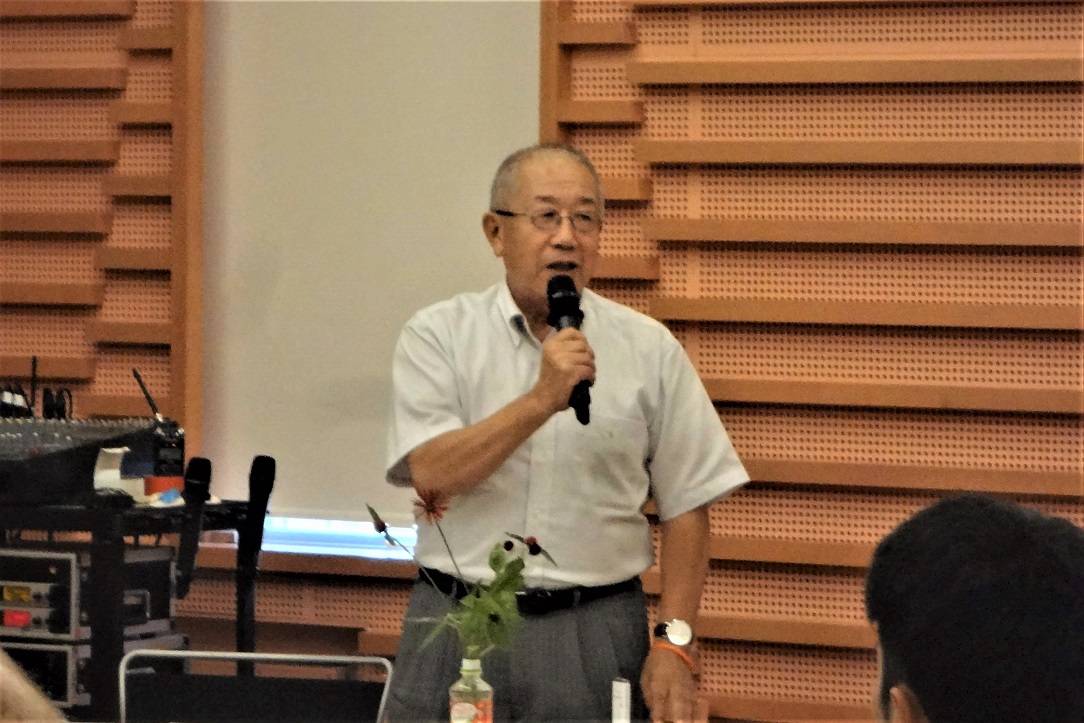 The closing remarks were provided by Mr. Morio Suzuki, the Representative of the Board of Directors of Alzheimer’s Alliance Japan. He spoke on the need to strengthen civil society and the importance of a system to support link workers to close the event.