Originally from Yokohama City, Mr. Shunichiro Kurita graduated from Waseda University Faculty of Political Science and Economics. After graduating, he began his career at Tokio Marine & Nichido Fire Insurance Co., Ltd. During his time there, he was employed in the car accidents claims payment division, doing work related to car accidents. Having had a grandmother with dementia, Mr. Kurita developed a strong personal interest in dementia and health policy. This led him to join Health and Global Policy Institute (HGPI) where in addition to the dementia policy project, he also leads HGPI’s projects for mental health and child health, is responsible for planning and managing seminars for outside parties, and handles communication with legislators. During his time at HGPI, he earned his Master of Public Management (MPM) degree from Waseda University Graduate School of Public Management. He specializes in public policy and local governance.

Mr. Kurita has also served as a member on outside projects such the Orange Town Project Team Working Group, a dementia policy project for Aichi Prefecture, in 2017. He has spoken at companies and academic societies and has made appearances in the media. He also currently serves as an adjunct lecturer at Tokyo Medical and Dental University Graduate School and Den-en Chofu University and has given numerous lectures on public policy and healthcare policy at universities and other institutions. 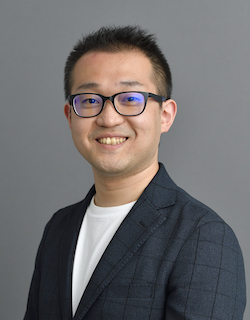