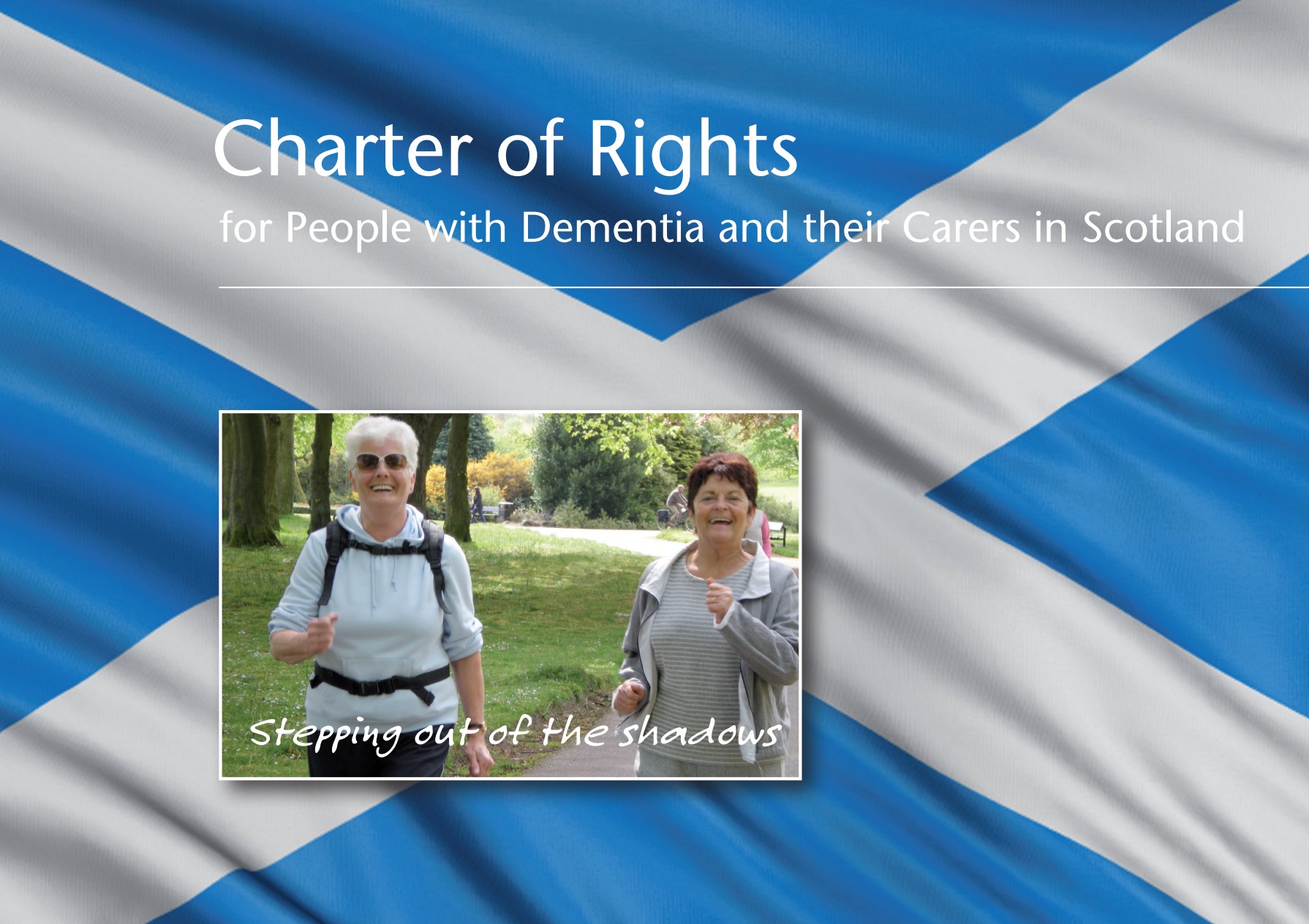 For our second column, we will continue our discussion on trends in dementia policy in Japan and overseas and introduce efforts for involving people with dementia in those processes.

A human rights-based approach for dementia policy has drawn attention in recent years and awareness of the importance of such an approach is increasing. In a human rights-based approach, people with dementia are informed of their rights and enabled to advocate independently. Meanwhile, the capacities of individuals and organizations responsible for respecting, protecting, and enforcing those rights are enhanced and they are made more accountable for raising awareness of those rights. That will create more opportunities for people with dementia to become involved in the decision-making process for new policies and other developments that will affect their rights. In turn, the people responsible for enforcing the rights of people with dementia and their caregivers will gain a better understanding of and increased respect for those rights. We also aim to utilize such an approach not only for decisions involving everyday living but also in the policy-creation process so that the rights of people with dementia are more widely recognized.

The guidelines issued by the World Health Organization (WHO) entitled “Ensuring a human rights-based approach for people living with dementia” use the PANEL Approach as the representative indicator of such a process.

P: Participation (in the decision-making process)

L: Legality (respect for the rule of law)

This approach is also promoted by Scotland’s Charter of Rights for People with Dementia and their Carers. Enacted in 2009, this Charter emphasizes the importance of recognizing and respecting the rights of people with dementia and their caregivers through the PANEL Approach in all facilities, care provision, and efforts for dementia. It will be examined in this column and in an upcoming special feature.

As for developments in Japan, efforts for promoting the stories and opinions of people with dementia among society as a whole are increasing day by day, such as through the Japan Dementia Working Group’s (JDWG) 2018 Declaration of Hope on Living with Dementia. 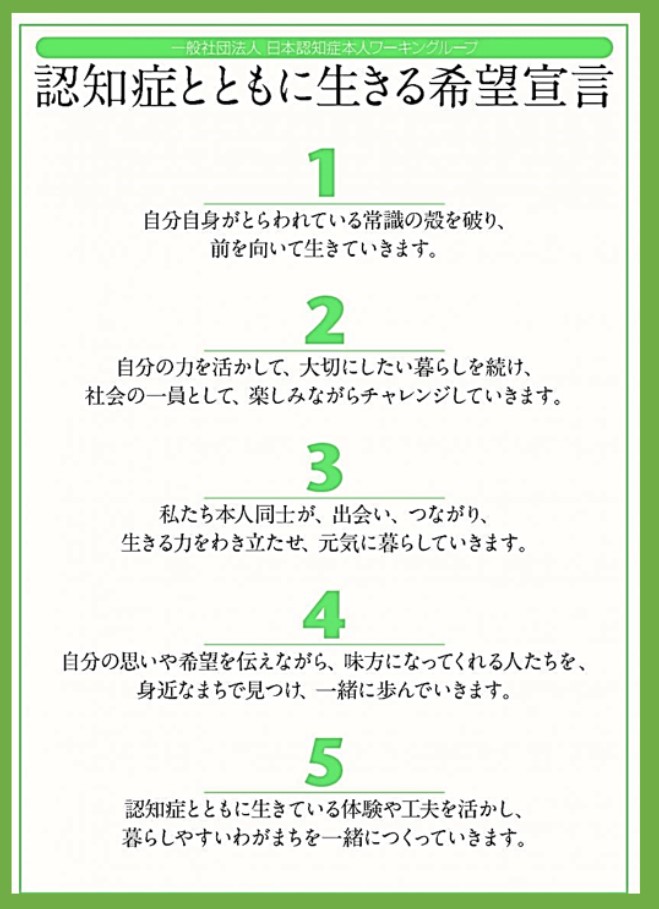 In response to global trends, initiatives that emphasize the perspectives of people with dementia and their families have also started in Japan.

Every member of the G7 agreed to host conferences to follow up on the 2013 dementia summit. The follow-up event in Japan was held on November 2014 with the theme of a new care and prevention model. At the event, the then Minister of Health, Labour and Welfare Yasuhisa Shiozaki announced that planning for a successor to the Five-Year Plan for the Promotion of Dementia Measures (the Orange Plan) was underway. That successor, the Comprehensive Strategy to Accelerate Dementia Measures (the New Orange Plan), was announced the following year in 2015. Together with the Organization for Economic Co-operation and Development (OECD), HGPI held a side meeting to the November 2014 follow-up event called the “Taking Action on Dementia: Opportunities for Social Investment – A G7 Global Dementia Legacy Event Private Sector Side Meeting.”

In recent years, more domestic policies are being created based on conclusions reached by international summits such as the G7 or the G20 to respond to international challenges like dementia.

Many developed countries face issues related to aging such as dementia and developing countries will face such issues in the future. It is insufficient if efforts to overcome these issues are led by any single country. Global cooperation from multi-stakeholders is needed. As for the process of policy creation in such an environment, it is important that as many stakeholders as possible that are affected by the new policies are involved in the creation process. In the field of dementia, the perspectives of people with dementia and their caregivers, their family members, in particular, must also be incorporated into new policies.

We are once again reminded of our sincere desire to cooperate with everyone and organically integrate the experiences and wisdom of people with dementia and their families into HGPI and Designing for Dementia Hub activities in the pursuit of more effective dementia policy.

Next time, we will cover the latest topics in dementia policy from international summits held in July 2019.