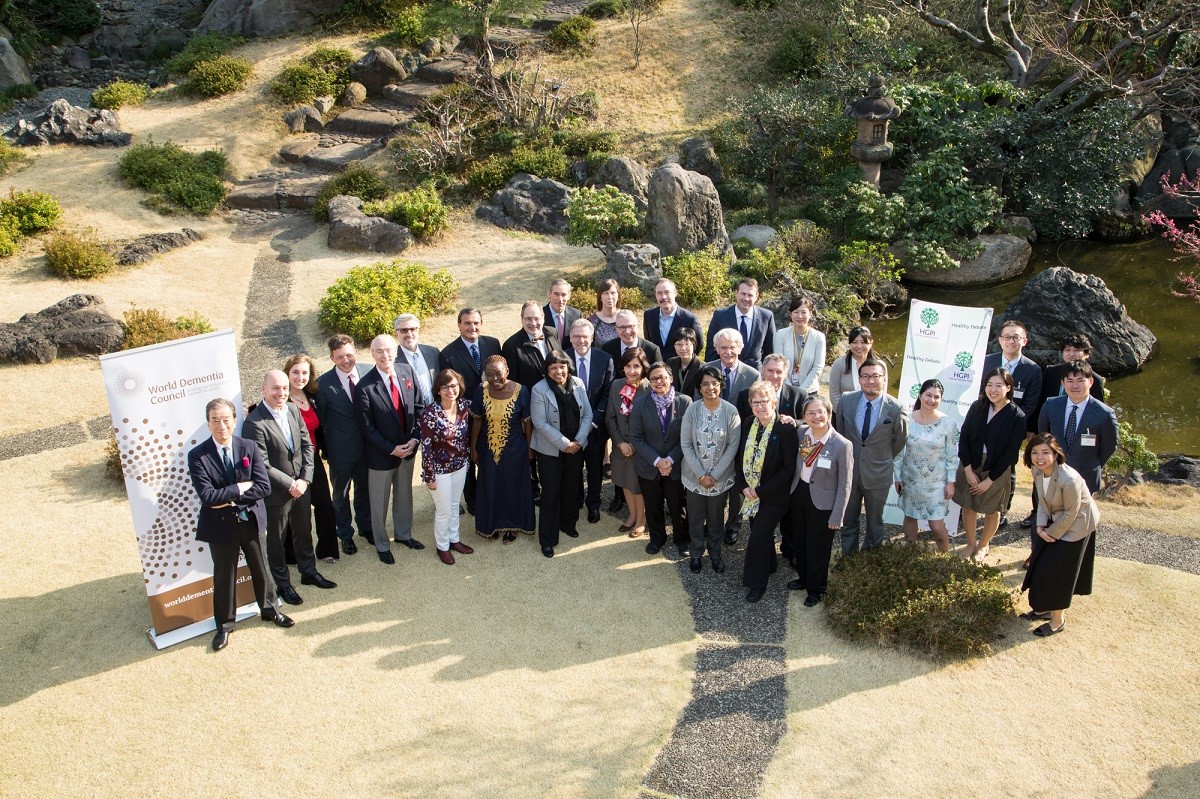 Since its establishment, Health and Global Policy Institute have worked under the guiding principle of helping citizens shape health policies by generating policy options. We have incorporated the opinions of people with dementia and the people supporting them in past dementia proposals. To intensify our efforts in creating and refining such proposals to make them practical to implement, we established the Designing for Dementia Hub together with Keio University, the Dementia Friendship Club, and issue+design. Designing for Dementia was established with the goal of utilizing the experience and wisdom of people with dementia to build a future in which it is easier to live with dementia.

This column was created as part of our activities for the Designing for Dementia Hub to share information about policies related to dementia. It will focus on lessons we have learned through our global network and expertise gained from projects HGPI has undertaken in the past related to dementia policy. It will also examine methods for building a society in which people with dementia can proactively contribute to the decision-making process for creating systems and policy.

In our first and second columns, we will introduce dementia policy processes and activities from Japan and abroad that involve people with dementia during planning.

The current dementia situation in Japan and abroad

The number of people with age-related dementia is increasing worldwide

As average lifespans around the world grow longer, it is becoming more urgent that problems accompanying the aging of society are addressed. Dementia is a particularly prominent issue. The number of people with dementia worldwide was estimated to be 46.8 million in 2015 and is projected to increase to 74.7 million by 2030. In Japan, which is facing the serious issues of a declining birth rate and an aging population, it is projected that over 6 million people will have dementia by 2020. As the society where aging has advanced the most, worldwide attention is on how Japan handles issues arising from societal aging. In addition, attention must not only be focused on the elderly. Early-onset dementia must also be addressed.

Currently, there are no drugs for curing the primary diseases causing dementia such as Alzheimer’s disease. However, the development of new drugs is not enough; society must be built to effectively address dementia in everyday life. It is clear that dementia policy is a pressing issue that requires efforts that surpass the framework of healthcare on a global level.

Policies must place people with dementia at their center

In recent years, dementia policy around the world has started to emphasize perspectives from people with dementia. In 2004, the Ministry of Health, Labour and Welfare’s (MHLW) Committee for Examining Affairs Concerning the Term “Chiho” revised the term for dementia from “chiho,” which carried negative connotations, to “ninchi-sho,” which means “cognitive disorder.” Since then, there have been calls for the promotion of community-building efforts that are based on the stories and perspectives of people with dementia to eliminate prejudices and promote correct understanding. 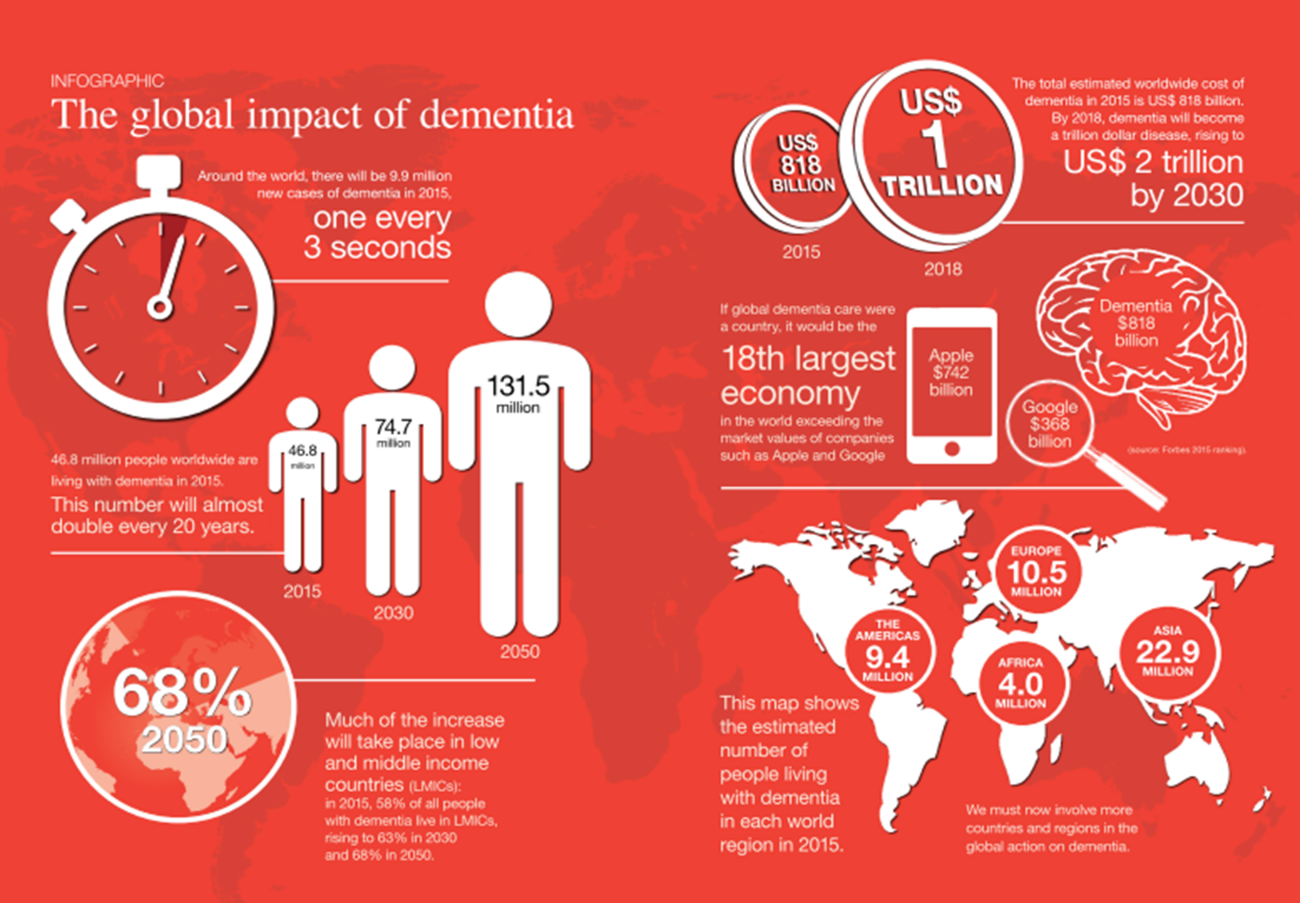 The formation of a strong international alliance with leadership from the U.K.

While efforts related to dementia have advanced worldwide, the G8 Dementia Summit held in the U.K. in December 2013 was a major turning point for dementia policy in recent years. There, participants gathered knowledge gained through enacting dementia policy in each country with the goal of providing guidance in enacting effective solutions at a global level.

Government representatives from every G8 country such as former MHLW Vice-Minister Shinako Tsuchiya from Japan, former U.K. Prime Minister David Cameron, and the former U.K.Health Secretary Jeremy Hunt joined representatives from the European Union (EU), the World Health Organization (WHO), and the Organisation for Economic Co-operation and Development (OECD) as well as from academia and industry from each country for a discussion on the situation surrounding dementia policy, issues facing dementia policy, and dementia research in each country.

As a result of the summit, each country’s representatives reached a consensus on a Declaration which detailed future efforts and action items to be undertaken by each G8 country. The G8 also issued a Communique providing detailed information concerning the future response to dementia. This displayed each country’s historic level of commitment to improving the daily lives of people currently affected by dementia and to accelerating development on new disease-modifying drugs to make treatment possible by 2025. The Declaration and Communique also called on each country to incorporate the perspectives of people with dementia into policies and for there to be efforts in all sectors aimed at eliminating prejudices and upholding the dignity of people with dementia.

Following the G8 Summit, the leadership of Prime Minister Cameron from the U.K. led to the establishment of the World Dementia Council (WDC) in 2014. The WDC was founded to monitor progress on the commitments made at the G8 Dementia Summit and to construct a network for international cooperation in further promoting dementia policy. At first, its committee was comprised of representatives from the U.K. government, but it soon became independent and now has the active participation of twenty-four members from every sector and every country and includes people with dementia. HGPI’s Chairman Dr. Kiyoshi Kurokawa is also a member. I have accompanied Dr. Kurokawa to several meetings and have witnessed each participant acting as a global citizen. They hold stimulating discussions that surpass the boundaries of countries with no predetermined agreements in order to contribute to international society. We will delve further into WDC activities and their partnership with HGPI in future columns.

As described above, dementia is an agenda item that requires worldwide efforts.

While population aging and the societal situation varies by country, all countries are currently emphasizing the perspectives of individuals. It is believed that this will form a common basis for multi-stakeholders to focus on their actions.

In our next column, we will discuss a human rights-based approach that aims to emphasize the perspective of the individual. We will introduce the flow of domestic dementia policy creation in relation to that approach.

My firsthand experience with dementia in the family
The first time I encountered dementia was through my grandmother, who lived with dementia. She was diagnosed with dementia when I was in elementary school. At the time, the disease was known as “chiho,” and there was little understanding of dementia in society. As a caregiving household, we had bitter experiences caused by the difficulty of obtaining understanding and cooperation from the government and people in our community. From this experience, I began to dream of building a society in which people with dementia and their families are not isolated through policy and systems. I have made dementia my life’s work. In private, I hold local events to build public understanding of dementia and organize dementia cafes in cooperation with local governments and experts. My driving force is my desire to build communities where people can live even if they are diagnosed with dementia. I believe this is a form of returning to my grandmother’s love.