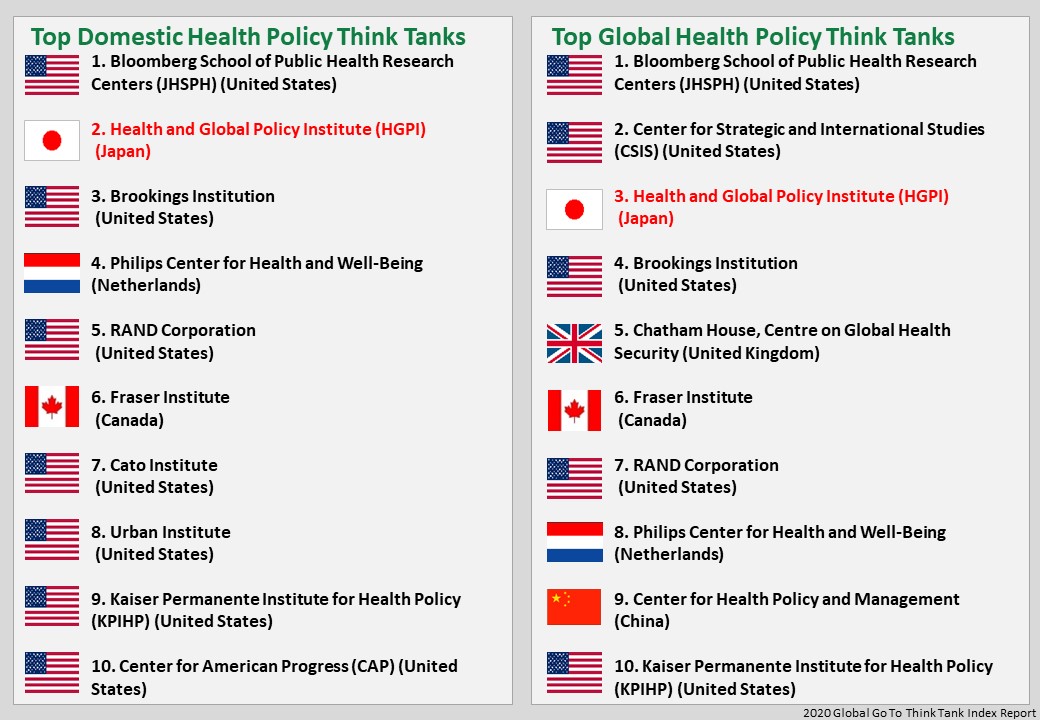 HGPI was the top Asian think tank – and only Japanese think tank – in both categories for the twelfth year in a row. Other leading think tanks in these categories were the Cambridge Centre for Health Services Research (CCHSR) in the United Kingdom, as well as the Bloomberg School of Public Health Research Centers (JHSPH) and the Brookings Institution of the United States.

“HGPI’s ranking is the result of its independence, the diversity of its funding sources, and its commitment to working globally by publishing all of its work in both English and Japanese. Encouraged by these results, we will double our efforts to continue to have a positive impact on society as a think tank specializing in health policy,” said HGPI Chairman Kiyoshi Kurokawa. HGPI CEO and Board Member Ryoji Noritake commented, “Especially during the pandemic, our work to advocate for citizens, patients, and healthcare workers is of the utmost importance. Now, more than ever, the world needs open and fair discussions on health policy. We will continue to foster such discussions, toward the creation of better policy ideas developed out of the combined knowledge of diverse stakeholders from the public and private sectors.”

The Global Go-To Think Tanks Index Report evaluated 11,175 think tanks. A total of 137 Japanese institutions are included in the report.

*The “2020 Global Go To Think Tank Index Report” can be downloaded from this page.