Dr. Kiyoshi Kurokawa is a professor emeritus at the National Graduate Institute for Policy Studies (GRIPS),Member of World Dementia Council (WDC), International Scientific Advisory Committee (ISAC), and Harvard T.H. Chan School of Public Health, John B. Little (JBL) Center for Radiation Sciences. After graduating from the University of Tokyo Faculty of Medicine, he served as a professor at the School of Medicine of UCLA (1979-1984), University of Tokyo (1989-1996), the dean of Tokai University School of Medicine (1996-2002), the president of the Science Council of Japan (2003-2006), the science advisor to the Prime Minister (2006-2008), World Health Organization (WHO) commissioner (2005-2009), Chair and Representative Director of Global Health Innovative Technology (GHIT: 2013.1-2018.6) and the executive member of many other national and international professional societies. He was also the chairman of the Fukushima Nuclear Accident Independent Investigation Commission by the National Diet of Japan from December 2011 to July 2012. 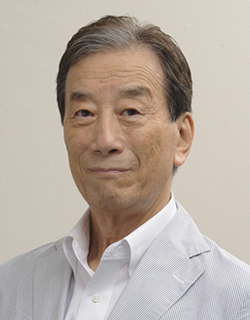