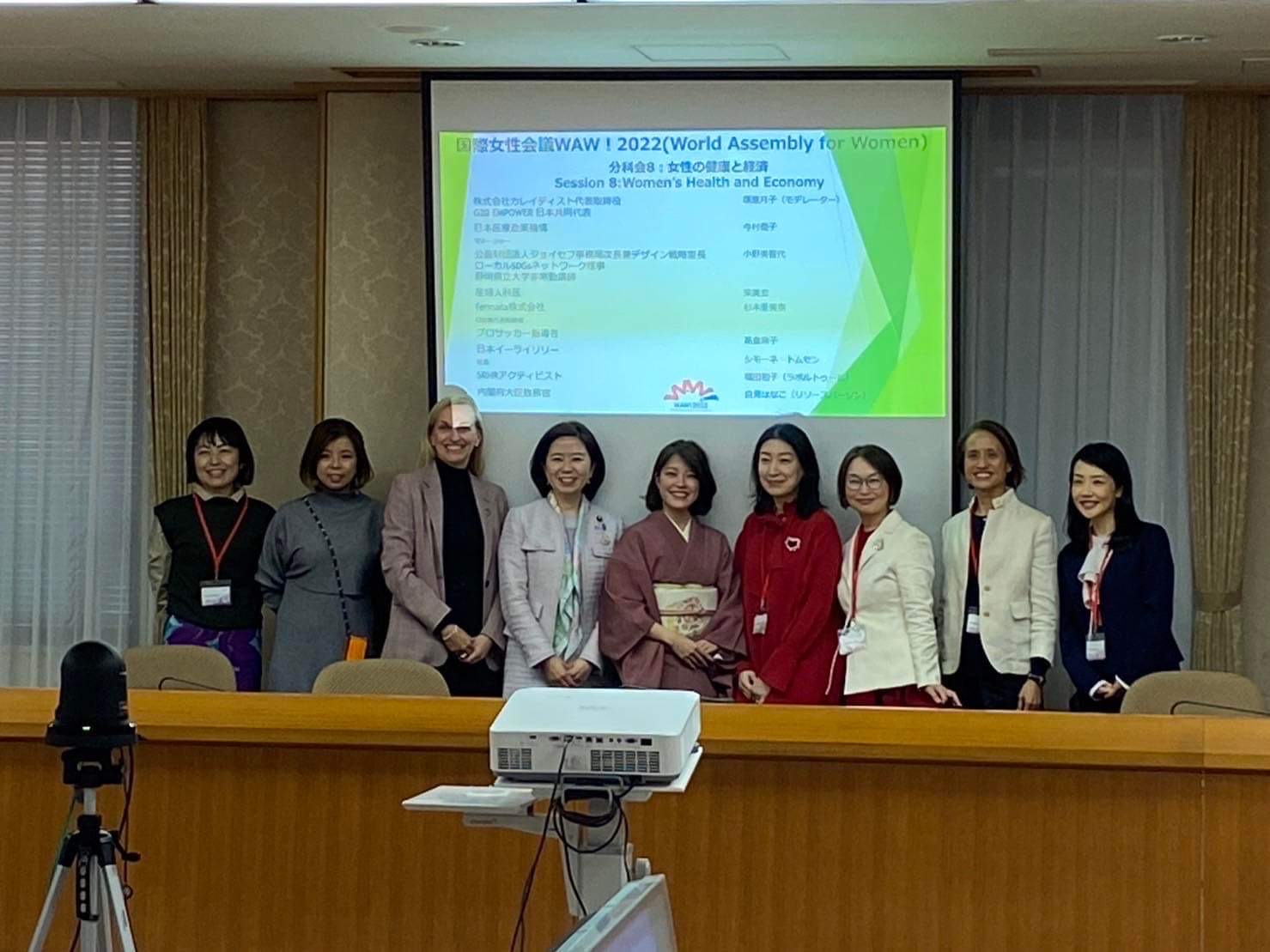 Health and Global Policy Institute (HGPI) Manager Ms. Yuko Imamura gave a lecture at the World Assembly for Women: WAW! 2022. This event has been held since 2014 as an activity for achieving gender equality and empowering women in Japan and overseas, which is one of the Government of Japan’s top priorities. This was the sixth global conference in this initiative. Under the central theme of this year’s event, “WAW! for Mainstreaming Gender into a New Form of Capitalism,” participants held an active exchange of opinions on building a better society with gender equality.

Ms. Imamura participated in Session 8: Women’s health and Economy. While referring to the results of past studies conducted by HGPI such as the “Survey on Health Promotion and Working Women 2018” and “The Public Opinion Survey on Child-Rearing in Modern Japan,” she offered recommendations on reinforcing support for better health literacy in women’s health, developing systems for better access to gynecological care, and utilizing FemTech for the early detection of health issues.

The lecture can be viewed online at the Ministry of Foreign Affairs website, “World Assembly for Women: WAW! 2022.”