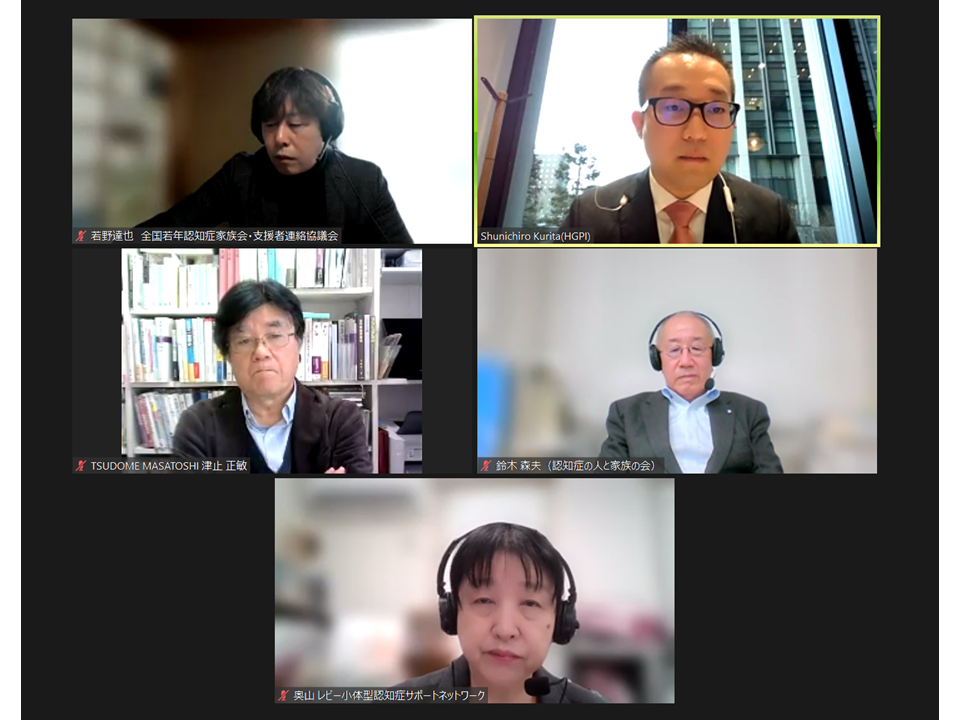 The three pillars of “Ensuring the Basic Act for Dementia Encourages Involvement for People Living with Dementia and their Supporters” were explained in detail, along with representatives from each of the organizations that jointly developed the policy of the proposal.