[Event Report] The 80th Breakfast Meeting –Providing Support for Children-Rearing in the Reiwa Era as a Society: Which Value Changes Does Society Require? (September 11, 2019) 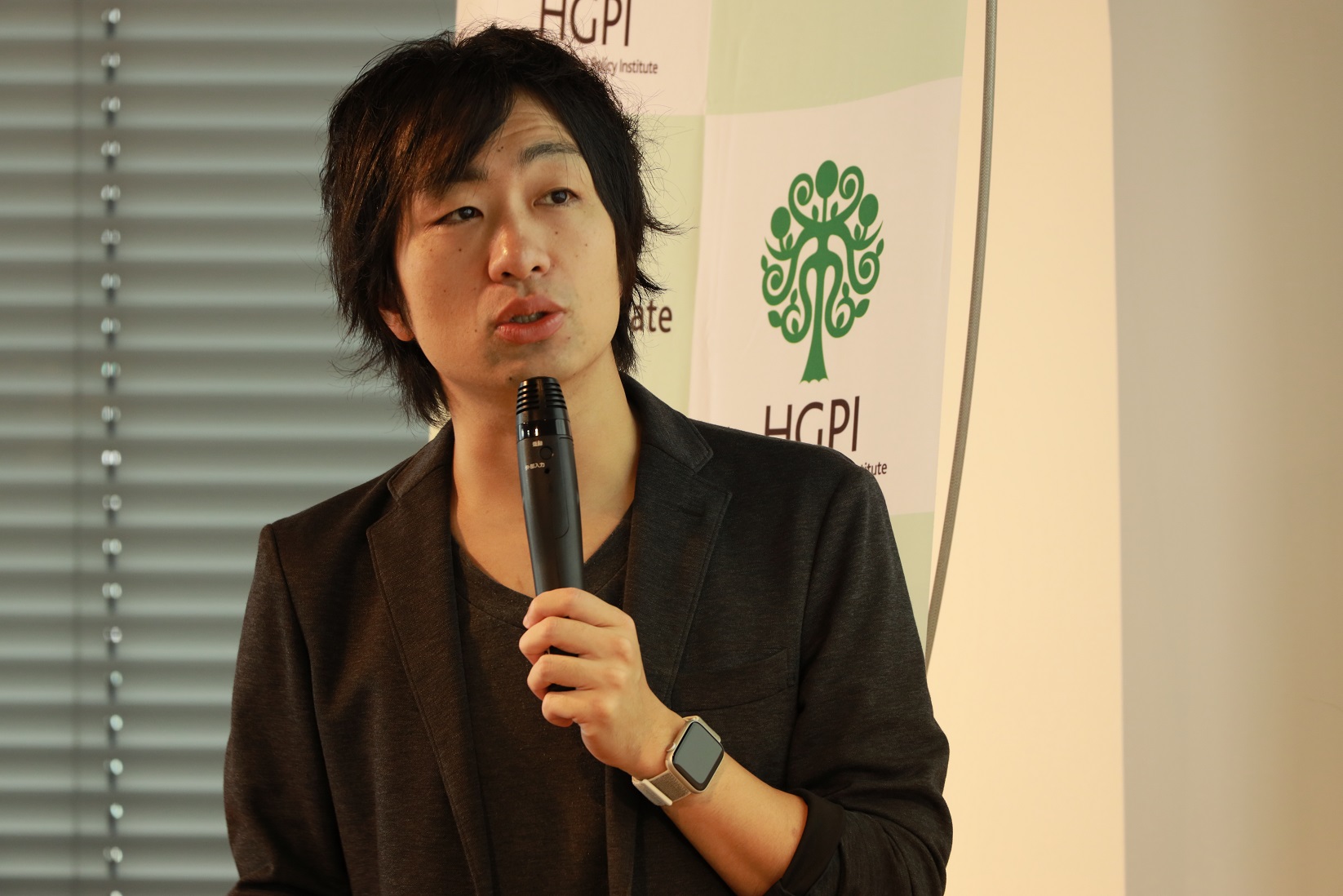 For the 80th breakfast meeting, HGPI hosted Mr. Hiroaki Komazaki (Founder and CEO, Florence). He spoke on the current situation in efforts to support members of the child-rearing generation and the future of our children as well as future prospects for those efforts. Through the lecture and the subsequent question-and-answer session, everyone in attendance deepened the discussion on this topic.


■Constructing new models from existing ones
Although many parents face the challenges of raising sick children or having children on waiting lists for daycare and other services, hurdles inherent to existing systems and standards prevent new efforts in this field from advancing.
This has caused Japan to fall behind. As one effort to overcome the challenges faced when raising sick children,
Florence established a program to provide in-home childcare for sick children in 2005. This system is funded by a non-refundable monthly membership fee that varies according to usage, similar to a car insurance system. It was the first service in Japan to provide in-home childcare using an independent business model based on caregiver dispatch and mutual aid.
Today, this system helps many parents to proactively maintain working lifestyles. As one measure to overcome the problem of long daycare waiting lists, Florence established a small-scale daycare center in 2010 as a trial enterprise of the Ministry of Health, Labour and Welfare. It was established with nine children age zero to two instead of the standard 20 children normally required to establish a new daycare center.
This effort garnered attention from the government and, as a result, small-scale daycare centers were officially recognized as government-sanctioned enterprises in the Act on Child and Childcare Support in 2015.

■Developing model enterprises into policy proposal activities for overcoming national issues
Advances in perinatal and neonatal healthcare have resulted in increased numbers of children who require healthcare between birth and age 19.
However, Japan lacks systems that provide care to disabled children to support the employment status of parents. This has prevented parents from children who require healthcare from working.
In response, the Services and Supports for Persons with Disabilities Act was enacted to help child development by supporting their ability to make regular visits to social welfare facilities, schools, and rehabilitation facilities.
There is also the Child and Childcare Support Act, which provides in-home childcare as one mechanism for providing care for disabled children in the home. These two acts together made it possible to provide childcare for children with disabilities by opening daycare facilities or by providing in-home care.
After that, a nonpartisan study group called the Nagatacho Children’s Future Council was held in a push for policy proposal activities aimed at solving national problems and a council on providing national healthcare to support children was established. This resulted in the creation of the Revised Services and Supports for Persons with Disabilities Act in May 2016, meaning that children receiving medical care were now covered by the law.
The revised Act obligated local governments to cooperate in providing support to children receiving medical care.

Florence has also established the Special Adoption Alliance to provide counseling to pregnant women. The Alliance was established as one measure to help overcome the issue of an unexpected pregnancy, which can be a factor in cases of child abuse resulting in death. Through this project, children born from unexpected pregnancies are matched with willing, adoptive parents at the time of birth.
Thanks to policy proposal activities undertaken by the people most affected as well as support for the activities of various stakeholders, particularly in the legislature, the Bill on Protecting Children through Adoption Using Private Mediation Agencies was established as a law in December 2016, advancing the goals of the Special Adoption Alliance.

■Efforts to further promote support for child-rearing
Florence’s stated mission is to “Solve social problems preventing parents and children from smiling” and it works to resolve issues facing children and members of the child-rearing generation.
To promote policy in line with these goals in the future, not only do we aim to create new ideas, we want to produce real examples of success – even small victories – and publicize them. Those successes will become evidence and that leads to the creation of evidence-based policies.
While the values of a society cannot be changed overnight, we can involve each related stakeholder effectively by treasuring the stories and opinions of those most affected. It is therefore important we continuously engage in various policy proposals and promotional activities with a long-term strategy.

To create a society in which raising a child does not mean giving up on something else, Florence will continue working to solve social problems in child-rearing to enable parents to undertake any challenge and brighten society with the smiles of all families. 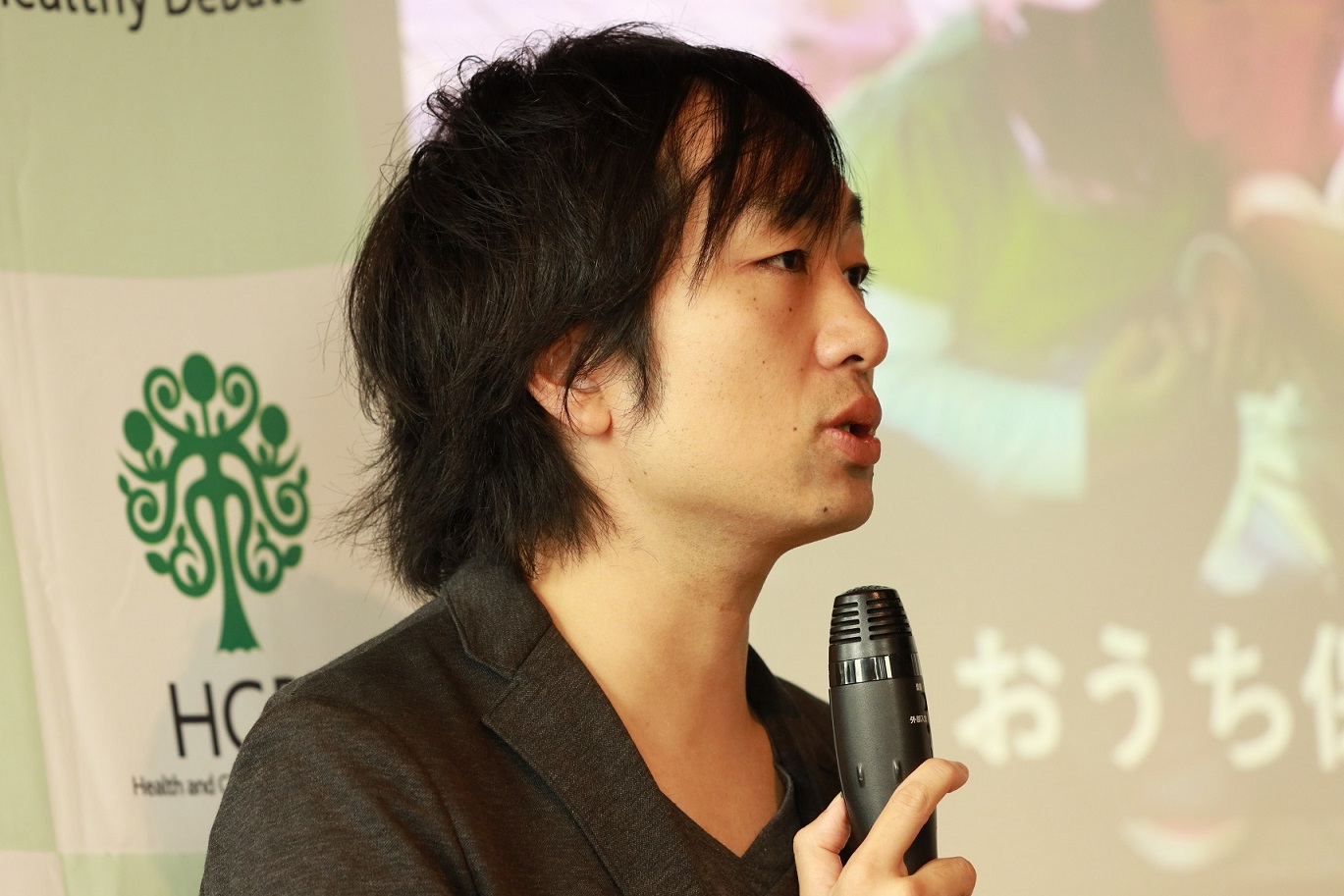 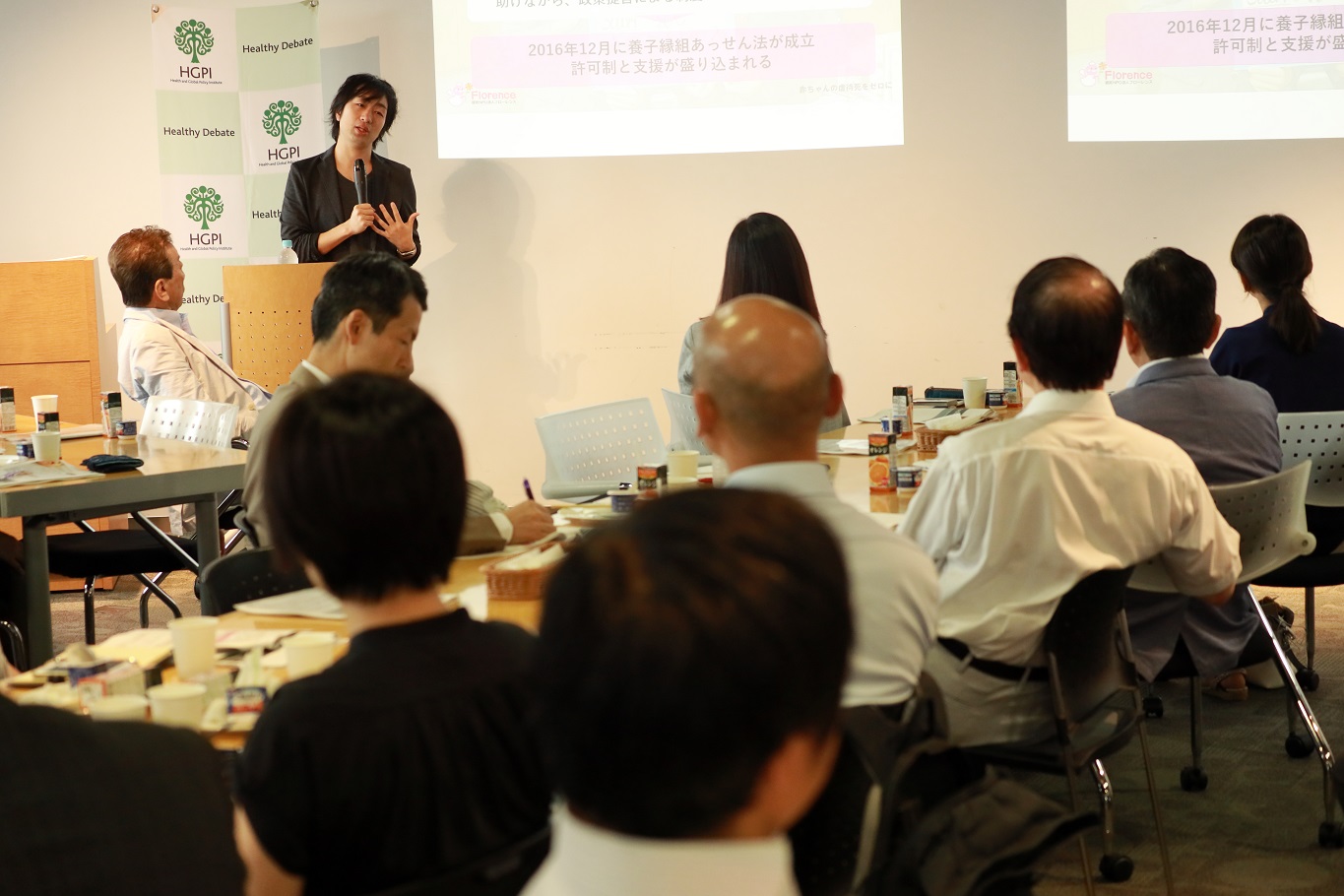