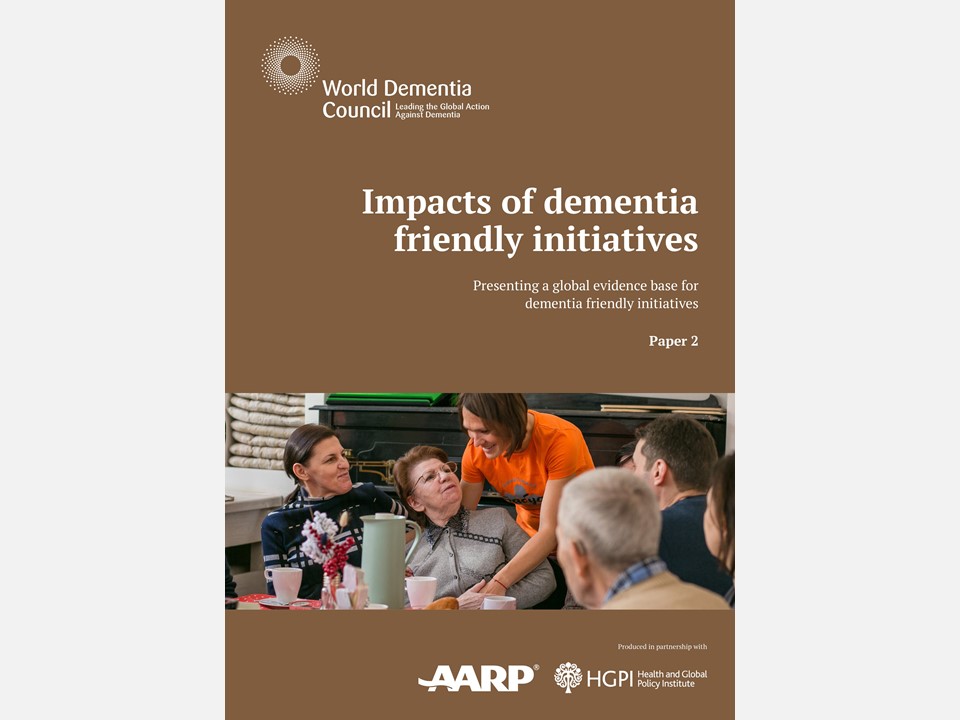 The report is one product of a project established at the 2018 summit commemorating the fifth anniversary of the WDC and aims to gather and analyze dementia-friendly policies and regional initiatives from around the world. In 2019, the WDC analyzed academic publications from each country, collected data from regional surveys, and gathered opinions and reports from academia or civil society organizations located in countries or regions with advanced policies for dementia. According to original plans, a full report was to be presented in summer 2020 but was postponed due to the global effects of the COVID-19 pandemic. The first paper in the report was presented in September 2020 and provided a summary of key findings from the evidence gathered.

Based on the information contained in the first paper, the second paper of the report categorizes dementia-friendly initiatives being undertaken in each country into three pillars, which are Awareness, Participation, and Support. It also introduces the key features of each type of initiative while providing real-world examples and provides examples of evidence demonstrating the effects of each initiative on people with dementia or their caregivers

HGPI Board Member and CEO Mr. Ryoji Noritake provided a foreword to the second paper in which he introduced HGPI’s dementia policy project and efforts for dementia taken by the Japanese government. He also made statements on the need to build a dementia-inclusive society while promoting evidence-based initiatives.

The first and second papers can be downloaded here. This report is only available in English.