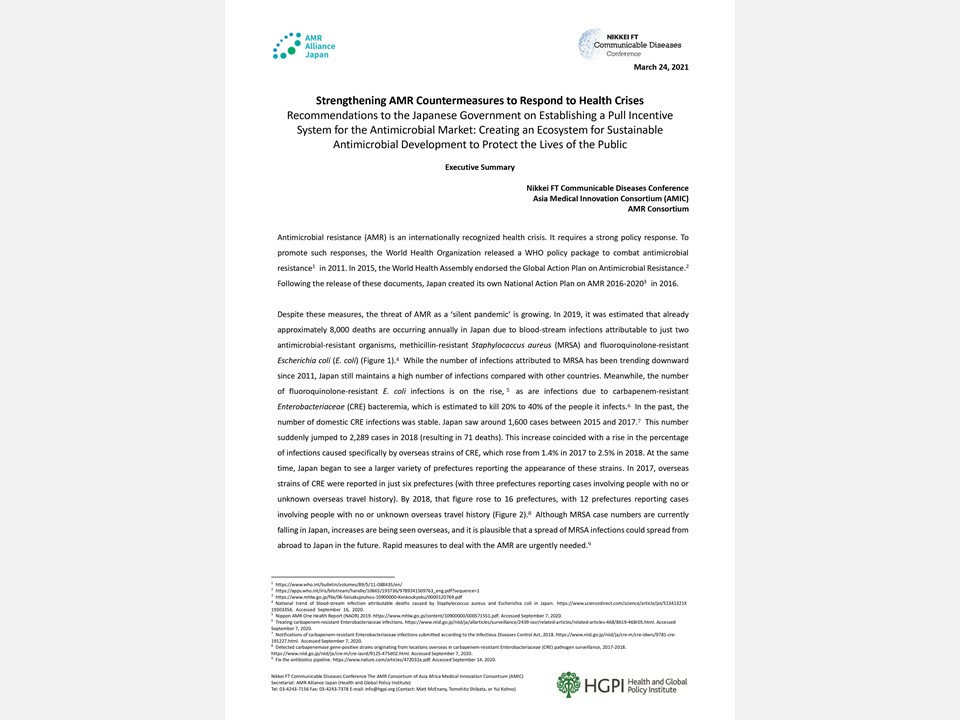 Since 2016, Health and Global Policy Institute has been working on the important issue of antimicrobial resistance through its work as secretariat of AMR Alliance Japan. Related to that work, today, the Nikkei FT Communicable Diseases Conference Asia Africa Medical Innovation Consortium (AMIC) AMR Consortium (Secretariat: AMR Alliance Japan) has announced new recommendation on the creation of a pull incentive for antimicrobials in Japan.

As we use antimicrobials more and more, the microorganisms that cause infectious diseases adapt, and grow resistant to treatment. This naturally occurring process is called “antimicrobial resistance” (AMR). The threat of AMR as a ‘silent pandemic’ is growing. In 2019, it was estimated that already approximately 8,000 deaths are occurring annually in Japan due to blood-stream infections attributable to two antimicrobial-resistant organisms, methicillin-resistant Staphylococcus aureus (MRSA) and fluoroquinolone-resistant Escherichia coli (E. coli). Antimicrobial Resistance (AMR) is already a health crisis. New antimicrobials are urgently needed to protect the public from this problem.