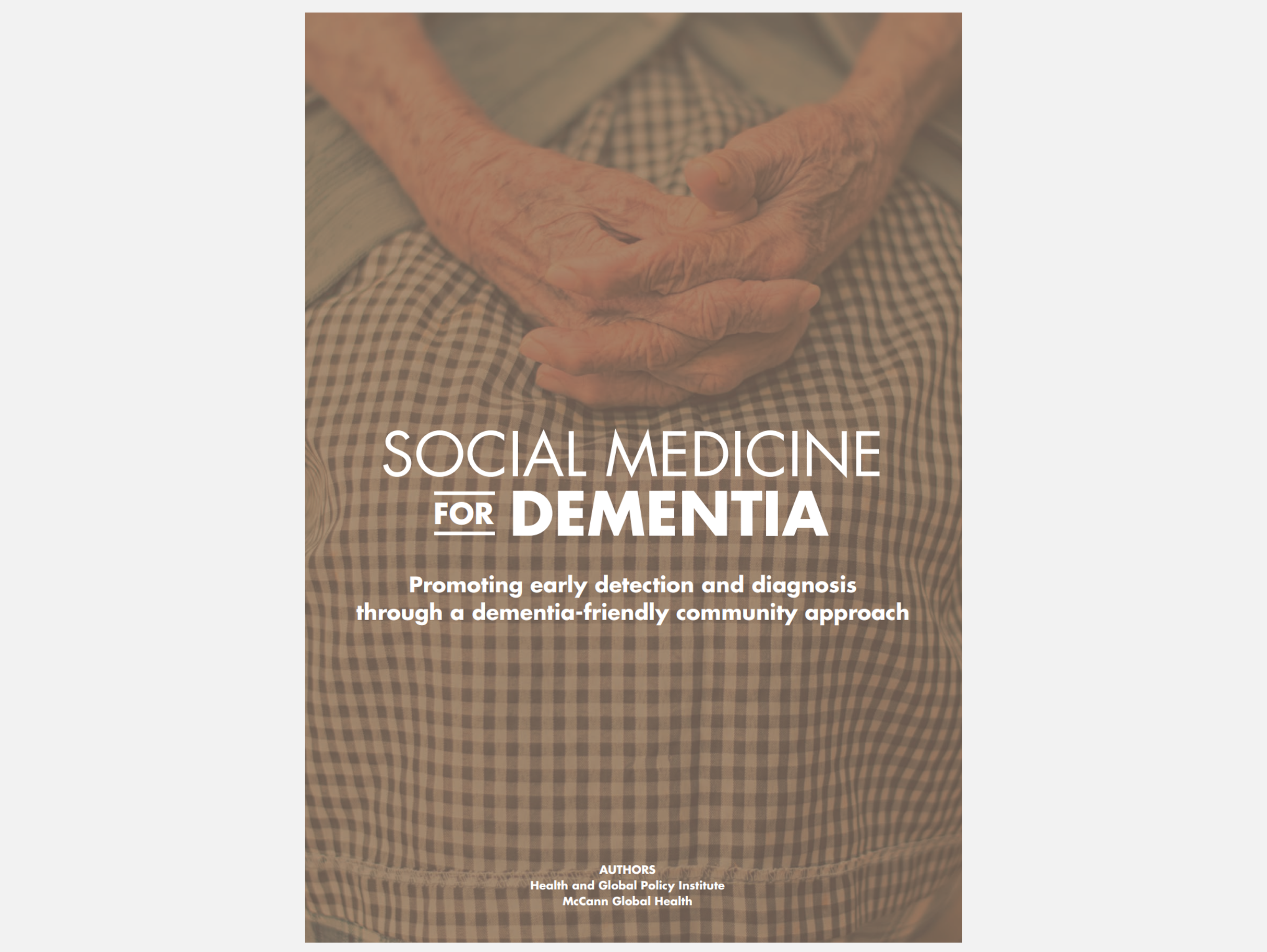 The global population is aging very fast. By 2030, the number of people with dementia will reach 74.4 million. The Japanese population is farther along in the aging process than many other places in the world. By 2025, one in every three-people aged 65 years or older in Japan will suffer from dementia or be at risk of developing the disease.

Given the lack of treatments for dementia, many are now considering countermeasures that conceive of dementia as a disease of society as a whole. In particular, a lot of effort is being put toward measures that focus on early detection and diagnosis efforts. Currently, many people in Japan and abroad do not receive the screenings and or diagnoses they need. Many national governments, municipalities, non-governmental organizations and business enterprises are undertaking initiatives on this issue. Although there is evidence to suggest that some of these initiatives help people to receive early detection or diagnoses, they are not being systematically coordinated, or scaled up.

This white paper aims to fill the knowledge gap about dementia, investigate the current situation, and offer opportunities for interested parties, health professionals, researchers engaged in the field of dementia, policymakers, and NGO personnel to once more deepen their understanding of the importance of early detection and diagnosis.

This white paper consists of three parts: interviews with world-class experts; a review of the evidence about early case detection and diagnosis; and introductions to important case studies from Japan. It defines the term “social prescription” – which refers to community building promoted by the community. The paper highlights the importance of such “social prescriptions” when working to create societies that can help people to fulfill their hopes and aspirations.

On the other day, HGPI held a joint press conference with Eli Lilly Japan K. K. and the Japan Society for Dementia Prevention in the HGPI event space to announce this white paper. Messages were delivered from nursing care providers and parties who are engaged in the creation of dementia-friendly societies, as well as academics who were involved in the editorial supervision of this paper. Kiyoshi Kurokawa, Chairman of HGPI, delivered the conference’s closing address. He emphasized the importance of community-based countermeasures for dementia as well as measures involving academia, the government, and industry. He also stated that individuals should grapple with the challenges of dementia while retaining a broad perspective.

Note: This paper is part of HGPI’s project on dementia. Eli Lilly Japan K. K. and McCann Healthcare Worldwide Japan provided financial assistance for the drafting of this paper. When drafting this paper, opinions were exchanged with these companies. The decision on whether or not to reflect these opinions in the paper was independently made by this project’s working group.