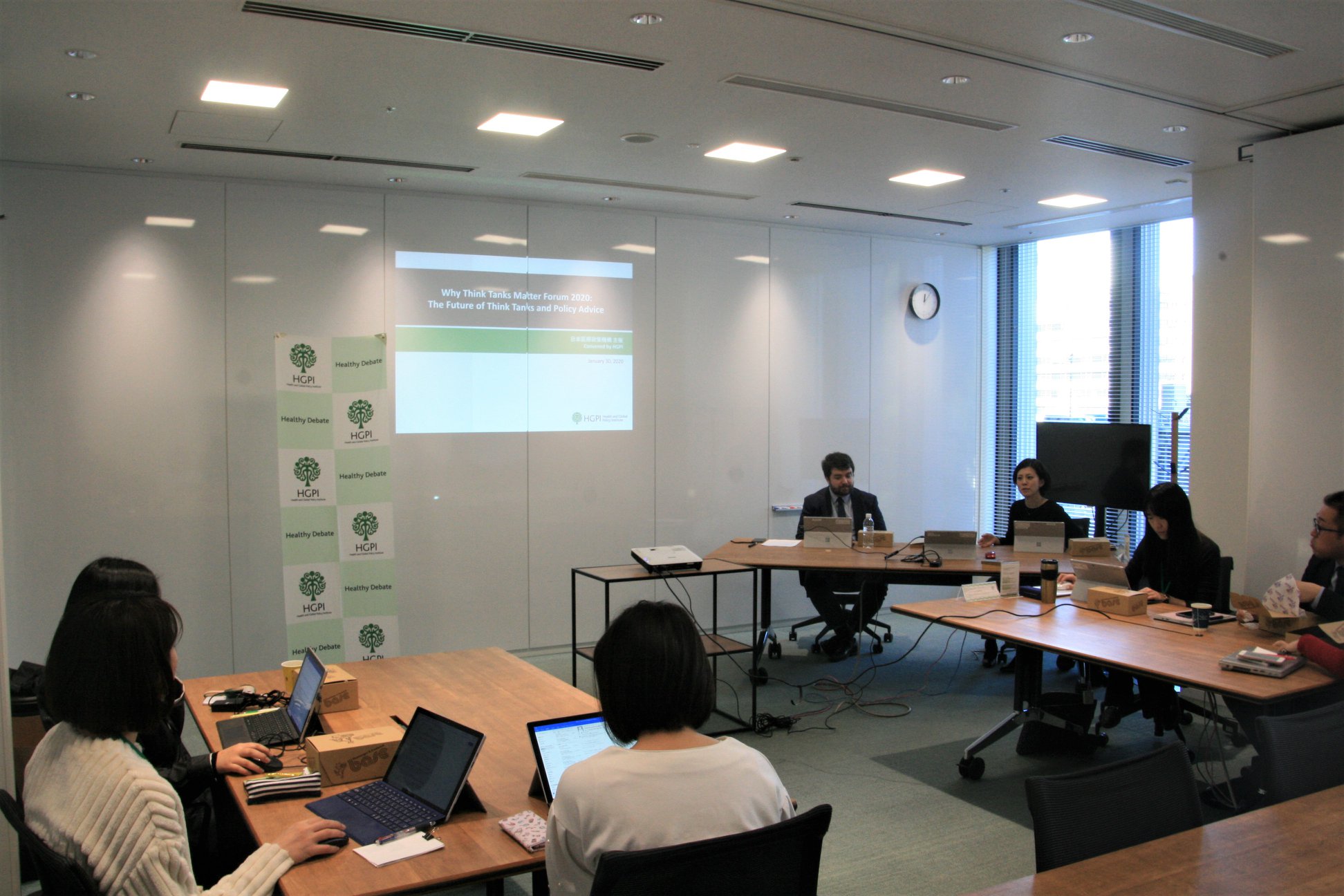 Health and Global Policy Institute (HGPI) has been working to help citizens shape health policy by generating policy options and bringing stakeholders together as a non-partisan think tank since our establishment in 2004. Thanks to everyone’s continued support, we are pleased to announce that HGPI once again ranked highly in the University of Pennsylvania’s 2019 Global Go To Think Tank Index Report for the 11th consecutive year.

The 2019 edition of the Index was published on January 30th, 2020. To commemorate its publication, many simultaneous events were organized by research institutions all around the world to discuss the role of think tanks. HGPI also held an event on that day entitled, “Why Think Tanks Matter.” The aim of the event was to reflect on the world history of think tanks and to consider the role of think tanks in modern society. There was also a discussion examining the roles of think tanks in general and concerning HGPI specifically, from both global and historical perspectives. At the discussion, we shared opinions on how to improve our activities.
On January 30th, 2020, over 152 organizations hosted Why Think Tanks Matter Events in approximately 130 cities worldwide. 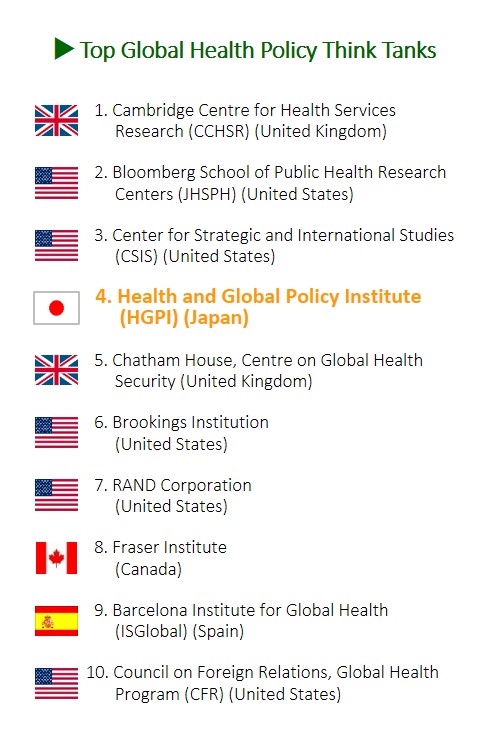 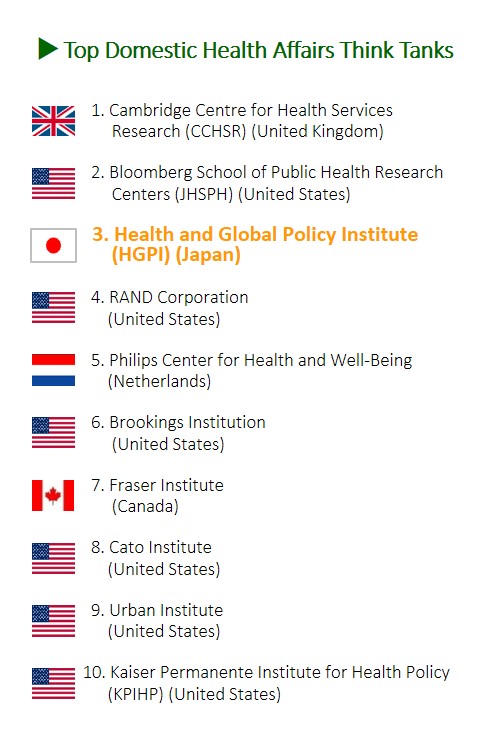 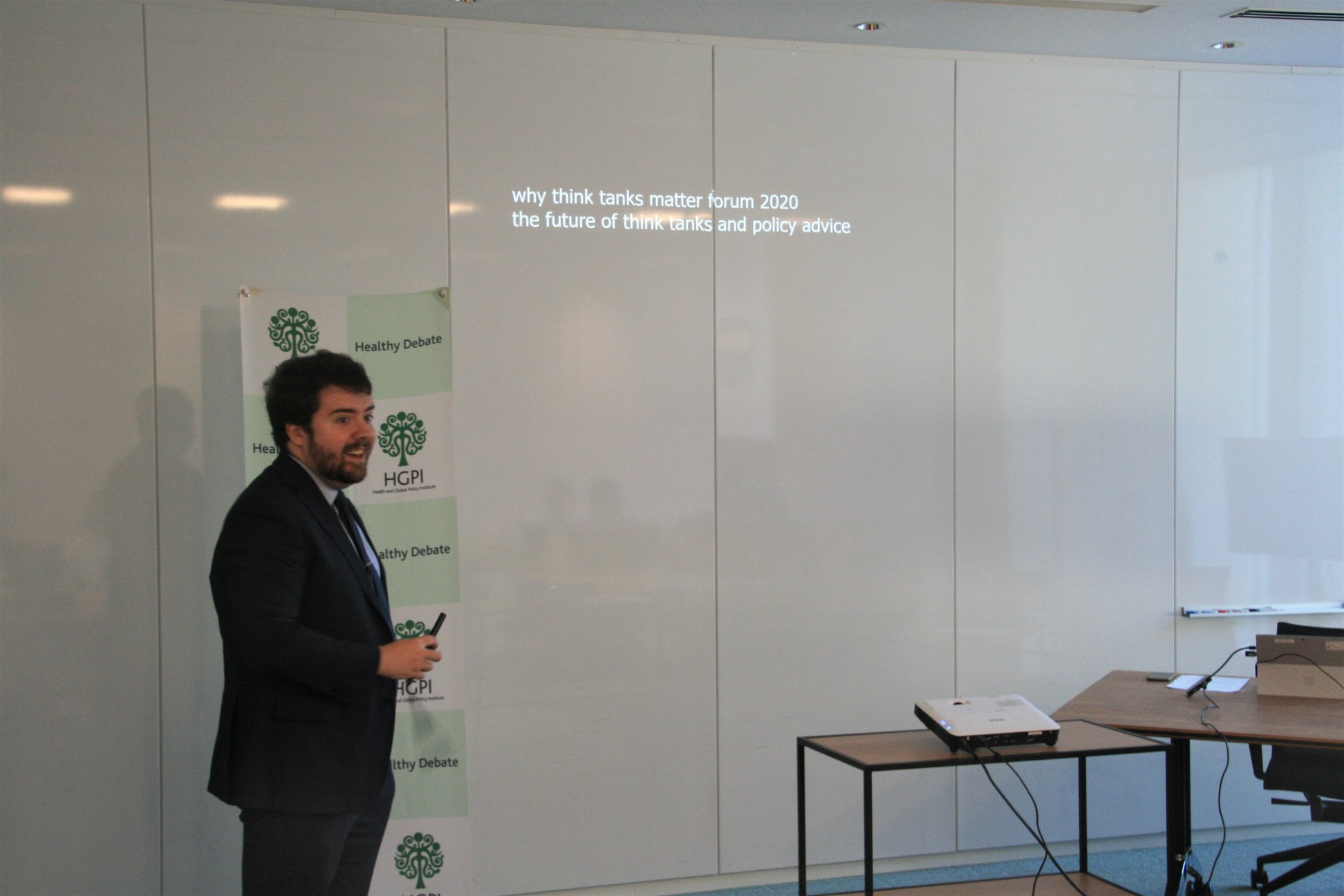 The discussion featured a lively exchange with the audience on the various topics presented by Mr. McEnany prior to the discussion.

What is the Role of Think Tanks in Japan?
The discussion compared the role of think tanks in Japanese society to their roles in foreign societies. The audience shared various comments, but the majority of them expected think tanks in Japan to create opportunities for each stakeholder including the people most affected to share their ideas and to widely disseminate various types of information and proposals.

What is the Role of HGPI?
Following the discussion on the role of think tanks, the audience members shared many points of view on HGPI. Many of the comments suggested HGPI’s role as an independent think tank in the field of healthcare is to create a neutral environment where opinions from multi-stakeholders are incorporated in society and to translate and widely disseminate various types of information. 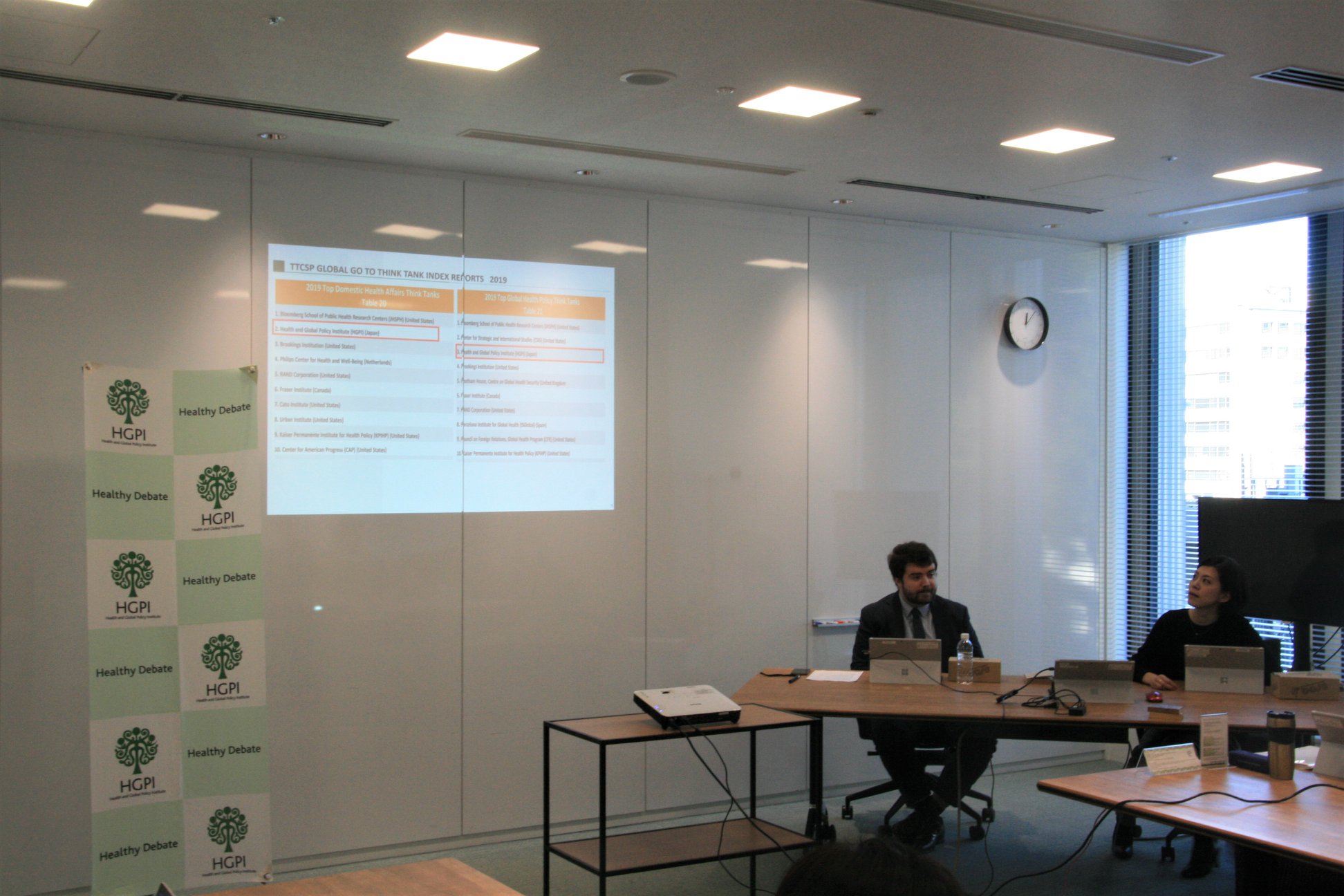