[Event Report] The 41st Special Breakfast Meeting, “Utilization of ICT and Social Security, Promotion of Female Success and the Future of Japan” (August 10, 2018) 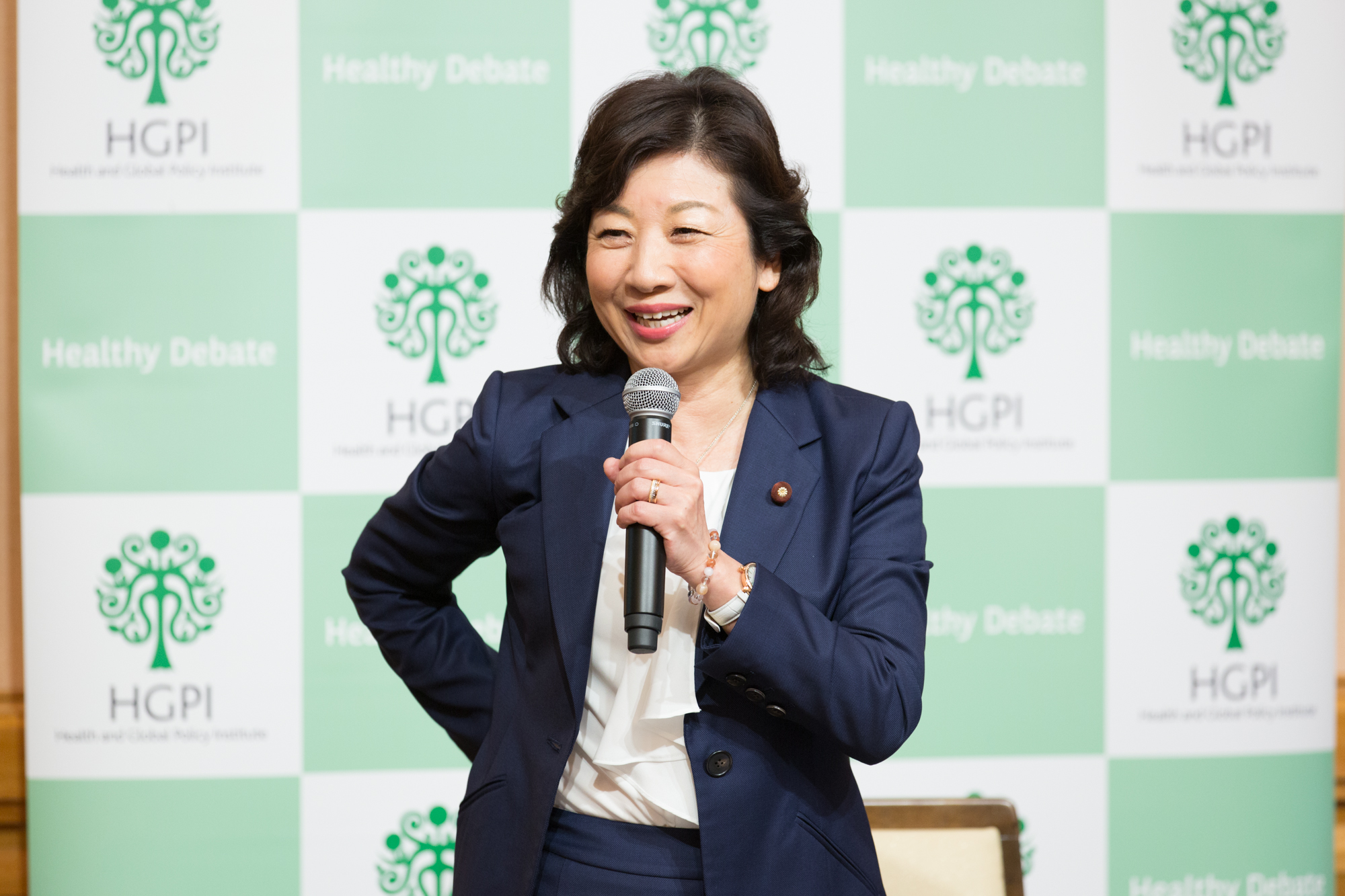 At this session, we heard from Ms. Seiko Noda, Minister for Internal Affairs and Communications, Minister in charge of Women’s Empowerment, Minister of State for the Social Security and Tax Number System. Minister Noda discussed the social security challenges of Japan and how they can be met by utilizing Information and Communication Technology (ICT).

Current Work Environment for Doctors
In recent years the number of female doctors has been increasing. However, while the proportion of female doctors is about 60% in Finland, about 50% in many other countries, the proportion of female doctors in Japan is only about 20%. This statistic does not mean “women don’t have the skills to become doctors” but rather, in Japan a social structure exists that makes it “difficult for women to become doctors” or “difficult for women to continue being doctors”.
This issue also affects the proportion of female physicians in each clinical specialty. According to a survey conducted by the Ministry of Health, Labor and Welfare, clinical departments with a high percentage of female doctors include dermatology, anesthesiology, ophthalmology, obstetrics and gynecology. It has been observed that these departments require doctors to attend relatively few emergency procedures.
Compared to other occupations, the working hours of doctors in general tend to exceed 60 hours per week. But this figure broken down by clinical department reveals that there is a working hour difference of as much as two orders of magnitude. Fifty percent of the clinical departments working more than 60 hours per week in order of hours worked were: obstetrics and gynecology, clinical training, emergency and surgery departments.
Female doctors often require shorter working hours in response to changes in life stage, such as pregnancy, delivery and childcare. This is a fact of life and given the current state of working hours of many physicians, it is clear such needs could bias departments against recruiting female doctors. Additionally, it can be implied that an additional physical and mental burden is being shouldered by male doctors alone. This creates a very dangerous work situation that demands improvement. In other words, by creating an environment where female doctors can work easily, will, as a by-product, create a more favorable work environment for male doctors.

Creating an Inclusive Society Where Everyone Can Work
Until now, women have been asked to balance work with their family but in order to limit such a situation, it is necessary for men and women to cooperatively balance the needs of work with family. To this end, it is important to understand the features common to both men and women.
About 90% the members of the House of Representatives are men, therefore the stresses and opinions of women are not often discussed or reflected in policy. However, as the Minister in charge of Women’s Empowerment focusing on gender equality, my ministry is working with other government agencies to draft the Fourth Gender Equality Basic Plan to build a society where men and women are treated equally. I urge you to read the column on medical and gender equality I penned in the latest white paper on gender equality in 2018. I think it is beneficial for male doctors to review the current system for physicians employed at all medical institutions and shift to a system where several medical doctors can preserve their mental health in an environment where patients can be better managed. 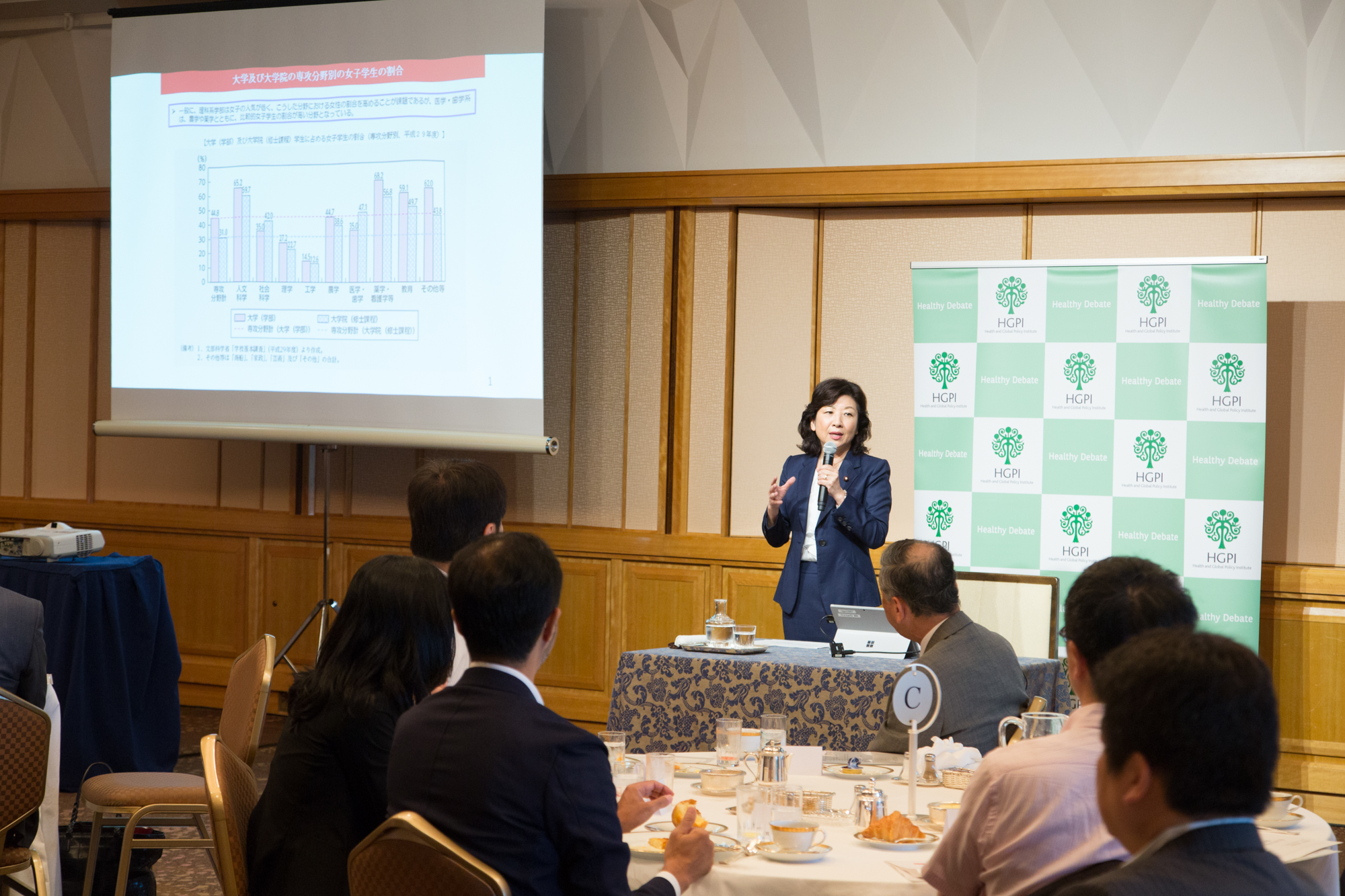 The Future of ICT Use in Japan
As the Minister for Internal Affairs and Communications and the Minister of State for the Social Security and Tax Number System, I am studying ways to utilize Japan’s mature ICT technology to improve society and medical care. With our declining population and its rapid aging, we are approaching the so-called “2040 problem” where there will be a shortage of leaders in every field by 2040. From now on, it is expected that “nursing care” will increasingly common reason for women to leave employment, along with “marriage” and “childbirth or childcare”.
In order to make family care and work compatible in such families, a shift toward working from home will be required. “Home medical care or nursing care” being currently promoted in this country is a concept premised on the assumption that families are taking care of ailing all family members, however this burden is mostly carried by women. Such as situation is in direct contradiction with the “Promotion of Women’s Advancement in Society” government policy. I believe government policy can be resolved with reality by utilizing ICT technology.

Towards the Assessment of a New National Framework
Today I talked about working women and ICT utilization, but there are still many issues that policy makers have yet to address or even become aware. As a nation with the fastest rate of population decline in the world, my office would like to work with all stakeholders, including you here today, to lead the paradigm shift towards a new national framework.

Ms. Noda was elected as a member of the Gifu Prefectural Assembly in 1987, thereafter as a member of the House of Representatives in the 40th General Elections in 1993 for the first time, henceforth has been elected 9 consecutive terms. She has held a number of positions including Minister of Posts and Telecommunications; Minister of State for Science and Technology Policy and Food Safety, Consumer Affairs, and Space Policy; Chairperson of the General Council, Liberal Democratic Party (LDP); and Chairperson of the Special Committee on Disasters. She was also appointed as Chairperson of the Federation of Gifu Prefecture LDP Branches in 2016 and continues to present. She has been holding the current position since 2017. 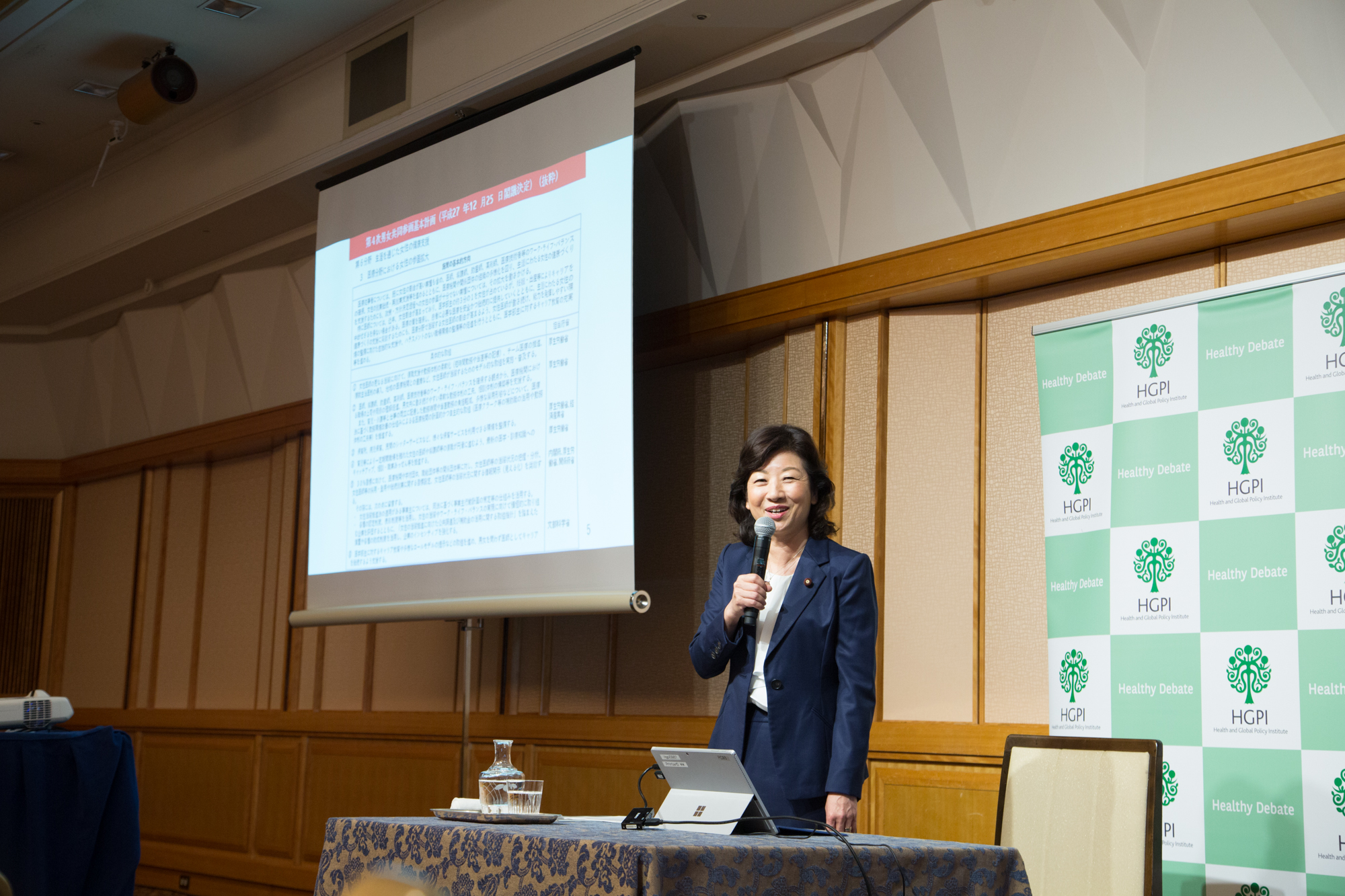 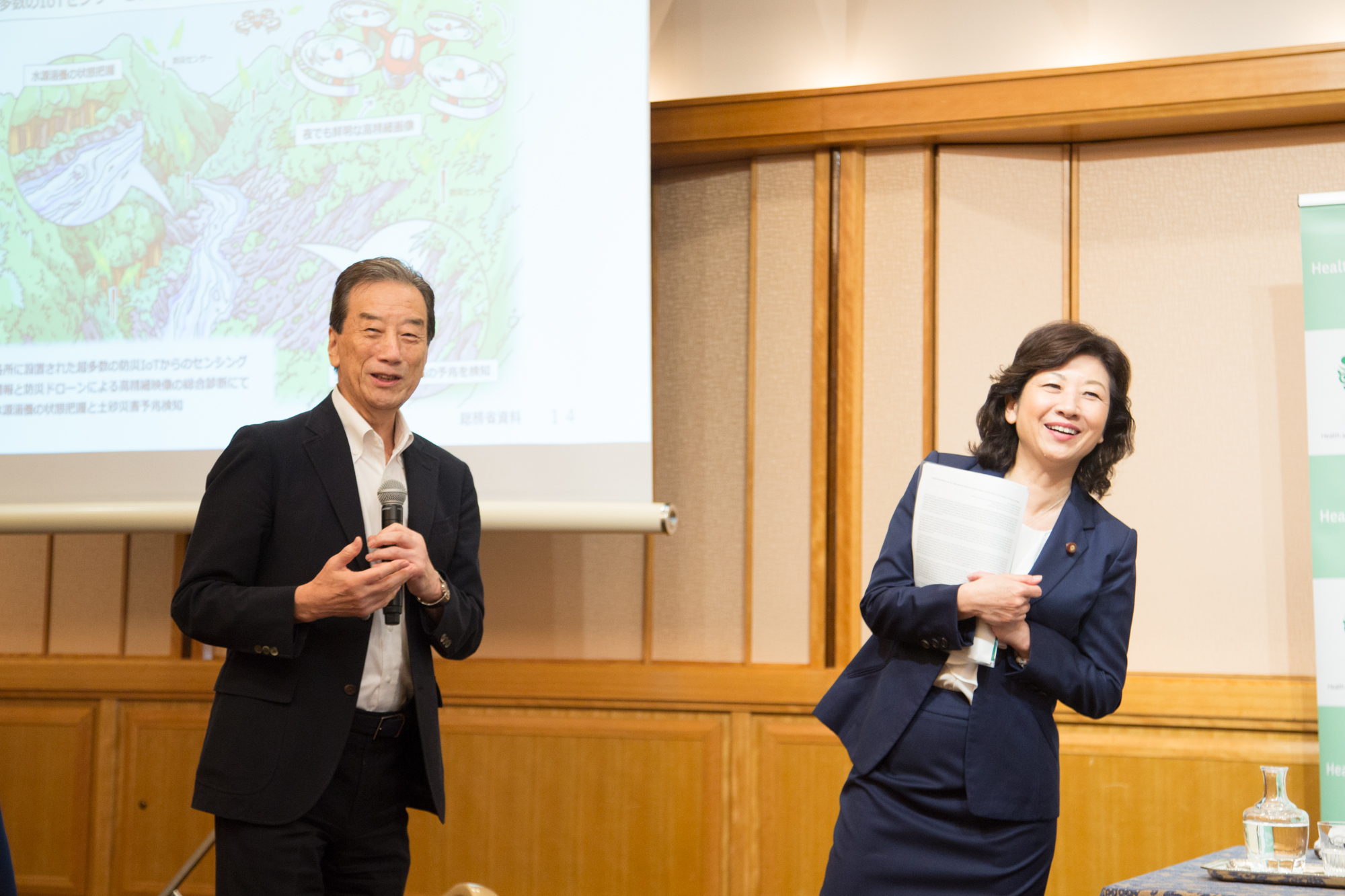