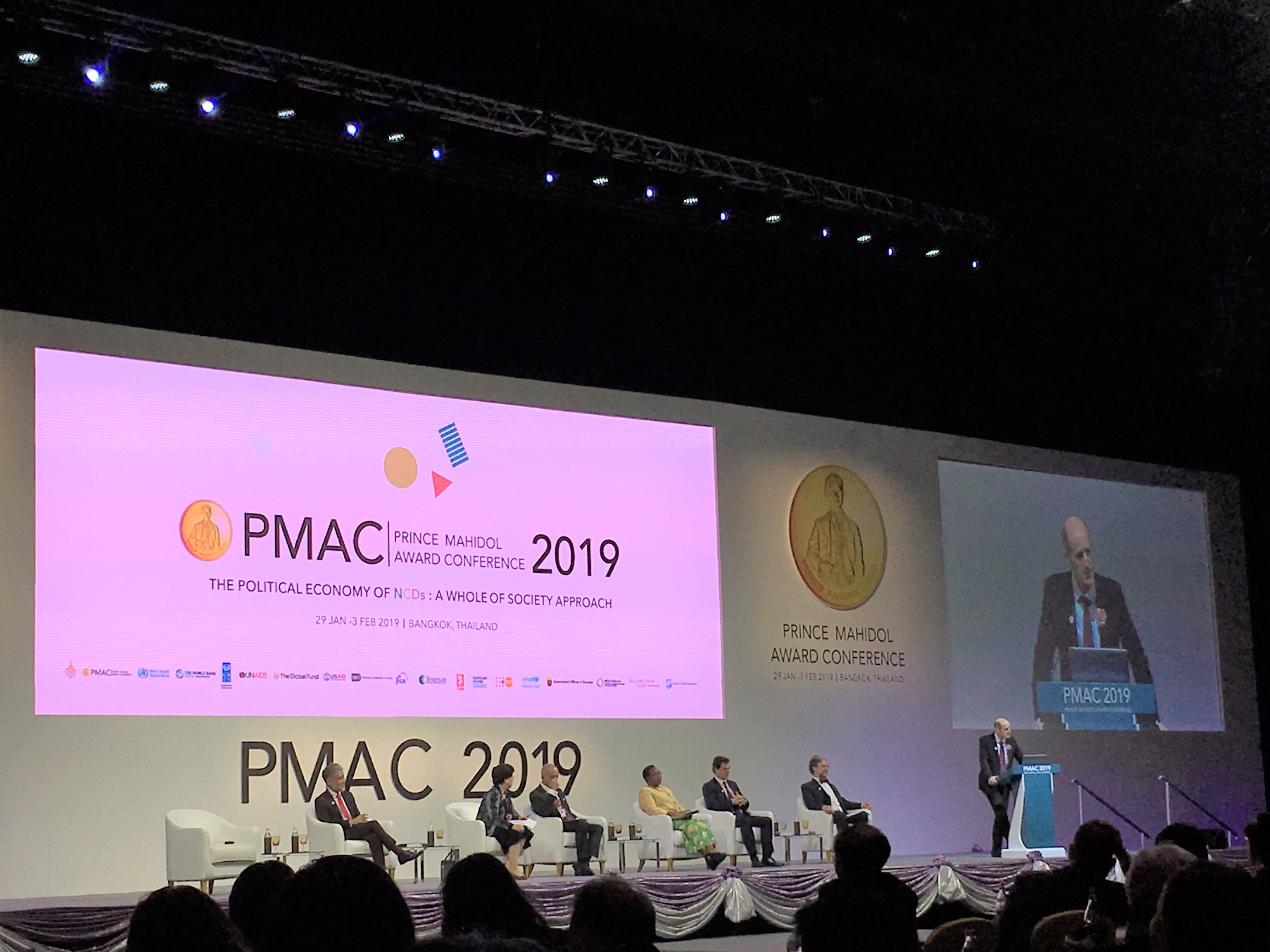 The Prince Mahidol Award Conference 2019 (PMAC 2019), hosted by the Royal Thai Government (RTG) and the Prince Mahidol Award Foundation, in collaboration with the Japan International Cooperation Agency (JICA) and other key players, took place in Bangkok, Thailand, from January 29 February 3. Health and Global Policy Institute (HGPI) also participated, represented by Ryoji Noritake, Hiroko Nishimoto, and Joji Sugawara. The PMCA is an annual international conference held in Thailand at which, in addition to honoring individuals/organizations for their contributions to global health, government, academia, international organizations, industry, NGOs, and patient advocacy/support organizations from around the world participate in discussions aimed at addressing major global health issues.

This year’s theme was “The Political Economy of NCDs: A Whole of Society Approach.” To that end, discussions unfolded on the significance of health disparities and the social determinants of health in relation to non-communicable diseases (NCDs), a health issue of global urgency. A large number of social determinants are implicated in NCDs. To promote future NCD prevention and control, lively discussions took place on the importance of civil society’s role in NCDs as well as the importance of policies and initiatives addressing the commercial determinants of health (CDH), including examples such as the introduction of systems for taxing foods/beverages according to quantities of added sugar/salt and efforts to decrease ease of access to harmful substances such as tobacco and alcohol.