[Event Report] The 78th Breakfast Meeting – Knowledge from the field of financial gerontology for facing a super-aged society (July 3, 2019) 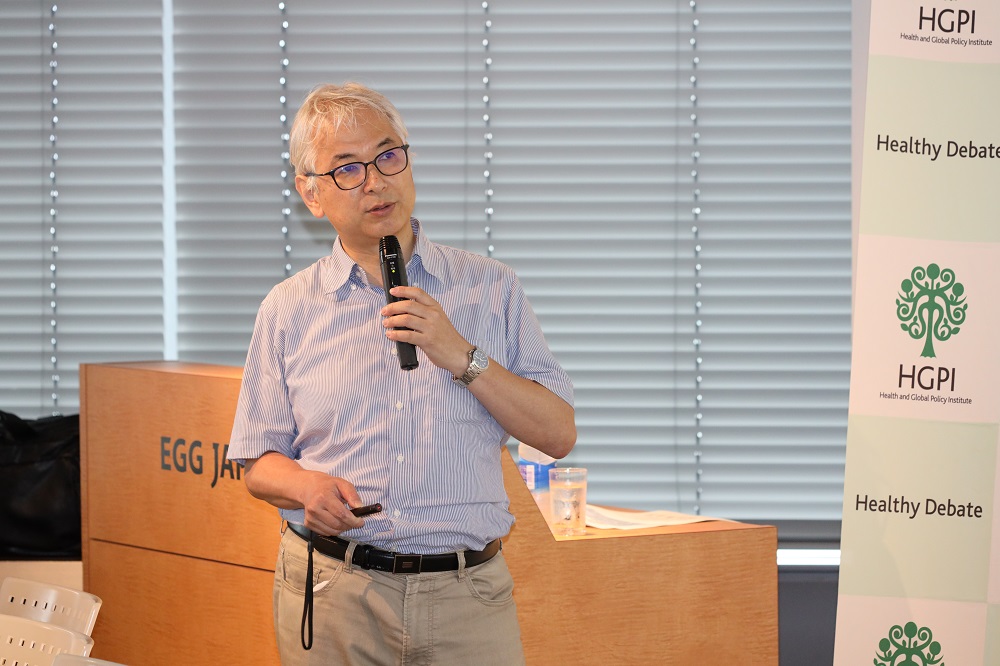 For the 78th breakfast meeting, we invited Prof. Kohei Komamura (Professor, Keio University Faculty of Economics; Director, Research Center for Financial Gerontology, Keio University Institute for Economic Studies) to help everyone in attendance deepen their understanding of financial gerontology facing the era of the super-aged society.

■The Financial Service Agency’s working group report and the future of the public pension system
As demographics in Japan are set to shift even more in the future due to a low birthrate and population aging, it is predicted that the macroeconomic slide (a system for automatically adjusting social insurance benefit levels as the active working population shrinks or as life expectancies grow) will lower benefit amounts provided by the public pension system.

In addition to ensuring economic stability, pension systems abroad are beginning to include measures that aim to improve the everyday lives of low-income earners and improve protections for workers. In the past, the pension system in Japan has focused on ensuring economic stability. However, in the future, it may become necessary to lower benefit levels to provide stability to pension finance while also adding measures to protect low-income earners.

Concerning past methods of ensuring income security for elderly people, the “mono-pole structure” used to be the norm. In the mono-pole structure, income is mainly provided by labor, financing, or the public pension. However, I believe it will become necessary to adopt a “tri-pole structure” in the future which will aim to achieve the ideal combination of financing (including labor and personal pensions), real estate property, and the public pension according to the situation surrounding each type of funding.

In light of this situation, the Financial Service Agency (FSA) Financial System Council Working Group on Financial Markets report entitled “Asset structure and management in an aging society” concluded that it is necessary to promote systems such as Nippon Individual Saving Accounts (NISA) or Individual-type Defined Contribution pension plans (iDeCo) to the younger generation as a way to supplement public pension income during their retirement years. To provide people greater peace of mind when structuring their assets in their later years, it will be necessary to avoid financial products with excessive service fees and reform financial products and services. Steps to take might include reexamining which products are ideal for customers or strengthening asset management support for the elderly.

Looking forward, it will be impossible to stabilize the financing scheme through public pension system reform alone. As described above, it will be necessary to transition to a social security system that not only improves the everyday lives of low-income earners, but that also provides a basic income to those who for some reason cannot work and that increases labor incomes by improving the Old-Age Pension for Active Employees system and changing the social environment to encourage more households to pursue dual incomes.

Meanwhile, it is necessary to improve financial literacy among the public, primarily by promoting public understanding of systems such as NISA and iDeCo that supplement public pension incomes. At the same time, countermeasures must be created to avoid the risks caused by cognitive decline that occur in the latter half of life.

■Financial gerontology and the best structure for the system in the future
Financial gerontology aims to apply knowledge and experience from the fields of gerontology, medicine, and brain and neuroscience to the fields of economics and law. In the past, various theories in the fields of economics and finance were built around the assumption that economic entities such as individuals and companies are rational in their actions. However, as individuals age and experience cognitive decline, cases start to appear in which the idea of a rational entity no longer applies. Research will advance into new areas because of this particular characteristic as well to create financial products and services that meet customer needs based on elder psychology and to encourage cooperation between the field of finance and the fields of nursing and welfare.

In October 2016, Keio University Faculty of Economics and Keio University School of Medicine Department of Neuropsychiatry established the Research Center for Financial Gerontology to examine the effects of longevity and aging on socioeconomics. Also, the Japan Financial Gerontology Institute was established in April 2019 to research methods for including people with declined cognitive function in society and to examine the ideal socioeconomic structure for the upcoming era of the super-aged society. It is currently involved in a joint research initiative together with Nomura Securities Co., Ltd. and Mitsubishi UFJ Trust and Banking Corporation.

For example, there is a study from abroad that discovered that people tend to lose their ability to calculate bill tips as they age. Similarly, studies that examined the relationship between age and ability to manage financial assets or the relationship between cognitive ability and investment performance have confirmed that aging is accompanied by a decline in objective decision-making skills. A study from Japan that examined topics such as driving technique and financial literacy revealed a cognitive bias in which both the elderly and the younger generation tended to have excessive self-confidence. These findings and similar discoveries tell us that aging is accompanied by various effects such as cognitive decline or psychiatric changes that were mostly unseen in the past.

The baby boomer generation will be over age 75 by 2025. There is an urgent need to reform financial products and services to make them accessible to the elderly to enable people to continue living independently as long as possible should they experience forms of cognitive decline such as dementia. 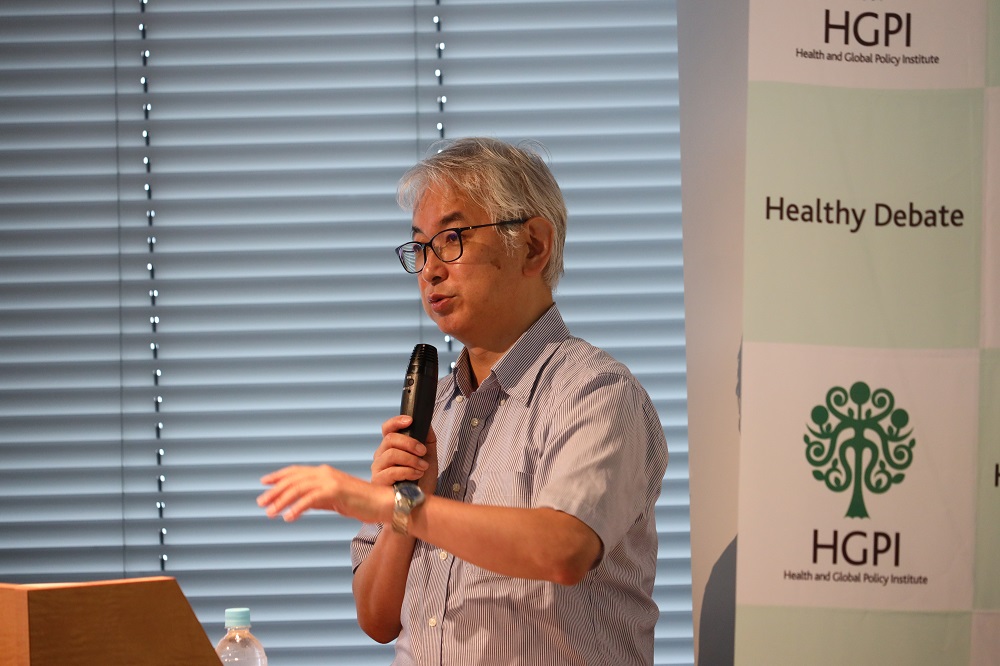 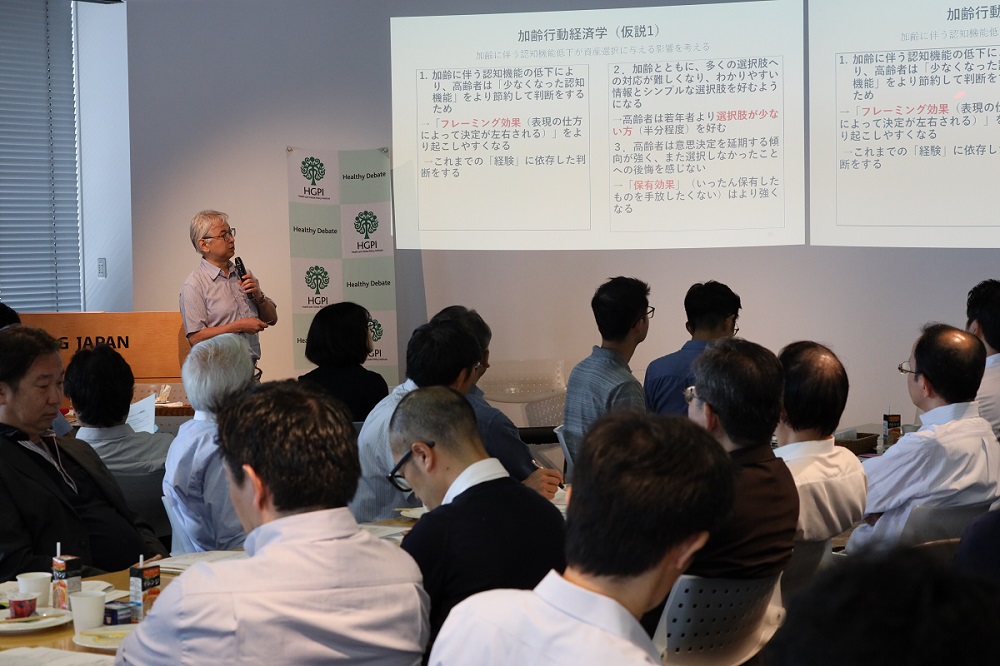