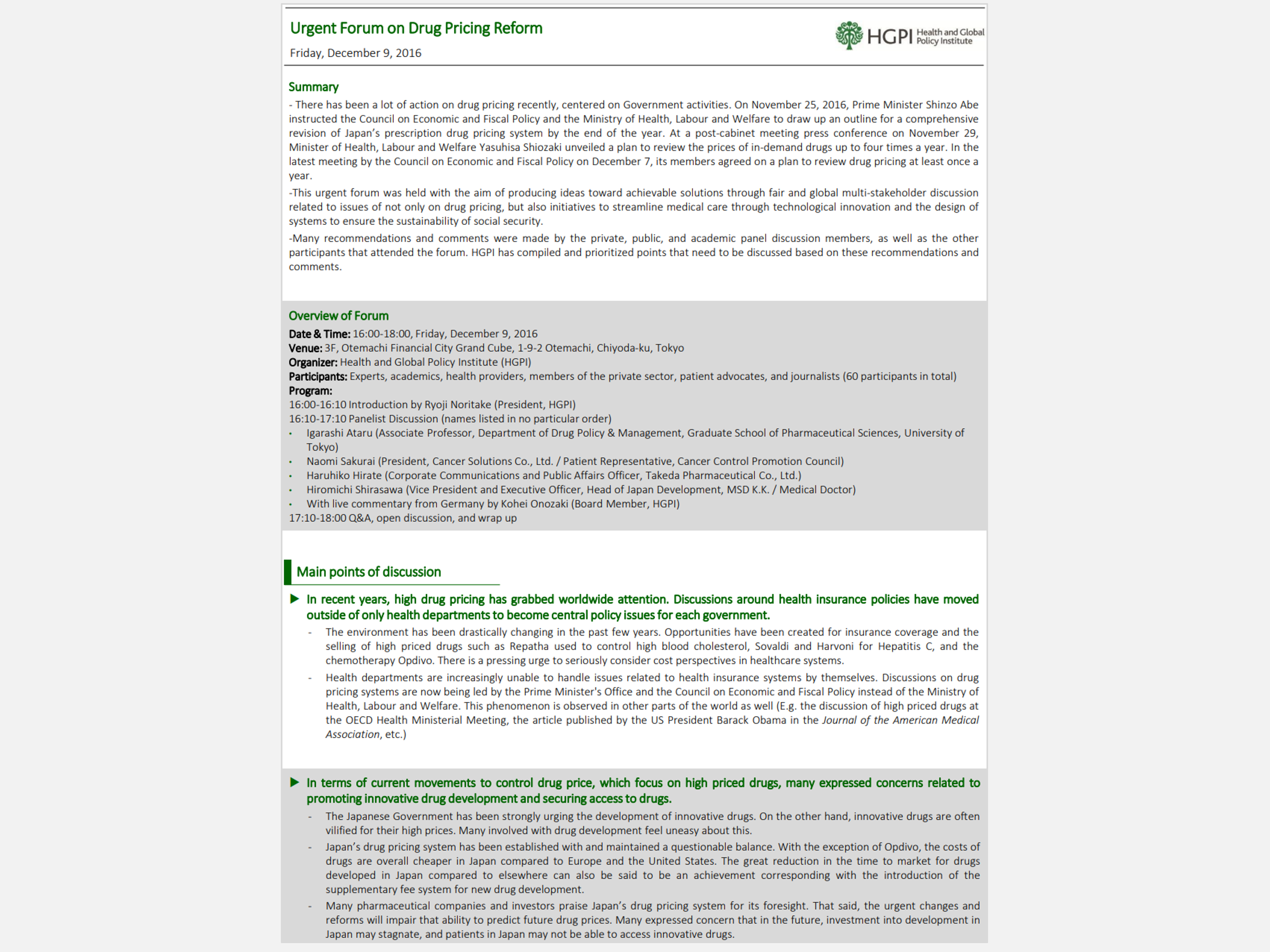 There has been a lot of action on drug pricing recently, centered on Government activities. On November 25, 2016, Prime Minister Shinzo Abe instructed the Council on Economic and Fiscal Policy and the Ministry of Health, Labour and Welfare to draw up an outline for a comprehensive revision of Japan’s prescription drug pricing system by the end of the year. At a post-cabinet meeting press conference on November 29, Minister of Health, Labour and Welfare Yasuhisa Shiozaki unveiled a plan to review the prices of in-demand drugs up to four times a year. In the latest meeting by the Council on Economic and Fiscal Policy on December 7, its members agreed on a plan to review drug pricing at least once a year.

In response to this forthcoming reform in health policy, we have decided to convene the Urgent Session on Drug Pricing Reform with domestic stakeholders on December 9, 2016. This urgent forum was held with the aim of producing ideas toward achievable solutions through fair and global multi-stakeholder discussion related to issues of not only on drug pricing, but also initiatives to streamline medical care through technological innovation and the design of systems to ensure the sustainability of social security.