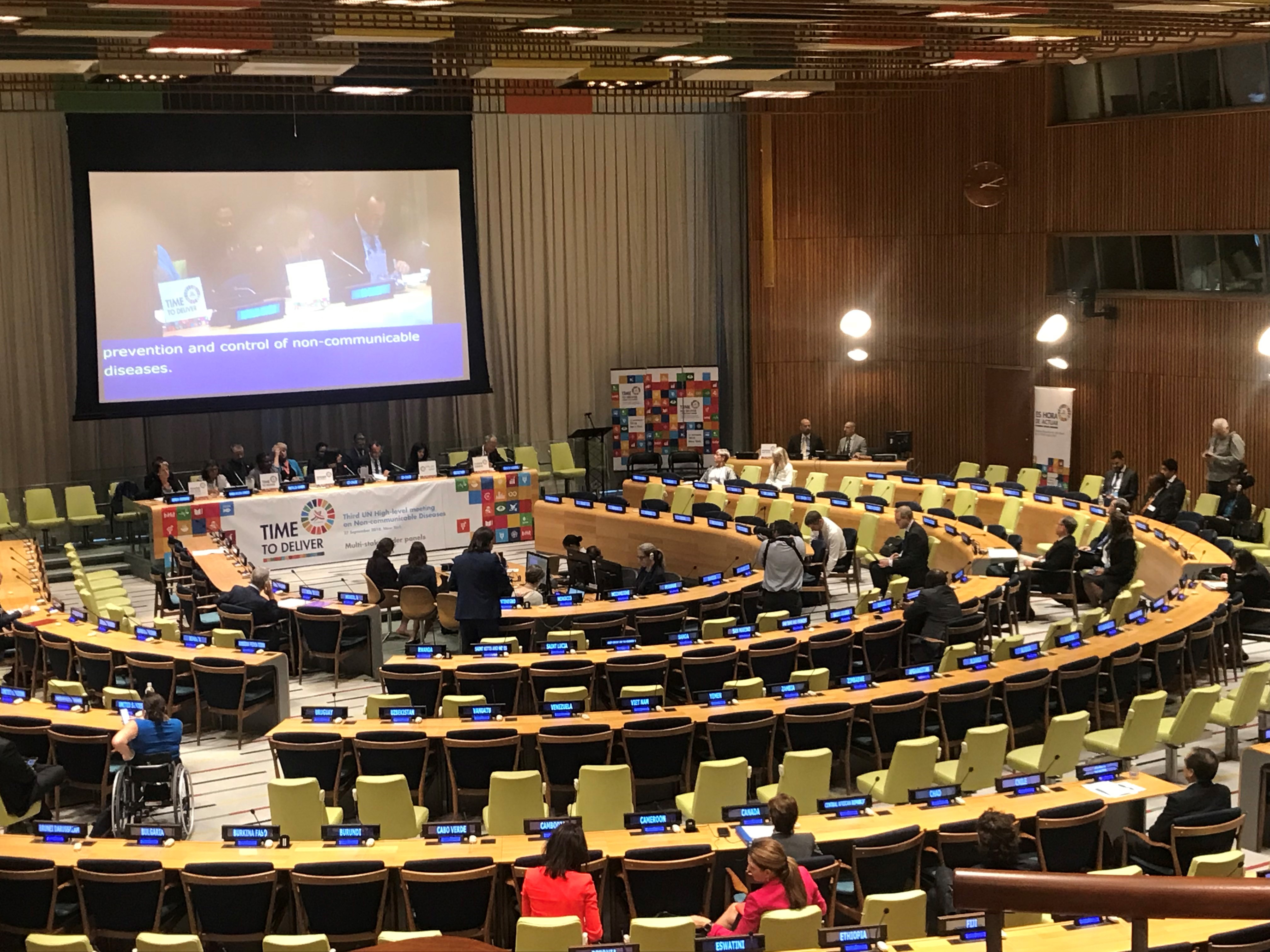 On September 27, 2018, the Third UN High-Level Meeting on NCDs was held at the 73rd United Nations General Assembly. World leaders adopted a political declaration which reaffirms to scale up the commitments made in 2011 and 2014 through ambitious multisectoral national responses and contribute to the overall implementation of the 2030 Agenda for Sustainable Development.

Minister (of the time) Katsunobu Kato of Japan’s Ministry of Health, Labour and Welfare attended the plenary segment of the UN High-Level Meeting on NCDs as representative from the Japanese Government. He addressed the need for universal health coverage to accelerate progress and highlighted Japan’s role to prevent and treat NCDs through promoting healthy aging initiatives and sharing Japan’s lessons learned. According to the latest World Health Organization (WHO) country profiles report* to assess national progress in meeting targets to prevent and control NCDs, NCDs are estimated to account for 82% of all deaths in Japan and is an urgent health issue.

As Japan’s official NCD Alliance point-of contact, Health and Global Policy Institute (HGPI) participated in both the Third UN High-Level Meeting on NCDs and the UN Interactive Hearing on NCDs held on 5 July 2018 in New York. HGPI continues to facilitate global forums within each NCD therapeutic area to crystalize policy issues from patients’ perspectives, to propose necessary policies, and to bring together multi-stakeholders such as industry, academia, policy makers, and civil society including patient leaders from both inside and outside Japan to amass discussion on a level playing field. Please find our event report from here.

The next UN High-Level Meeting on NCDs will be held in 2025 to conduct a comprehensive review of the progress achieved.