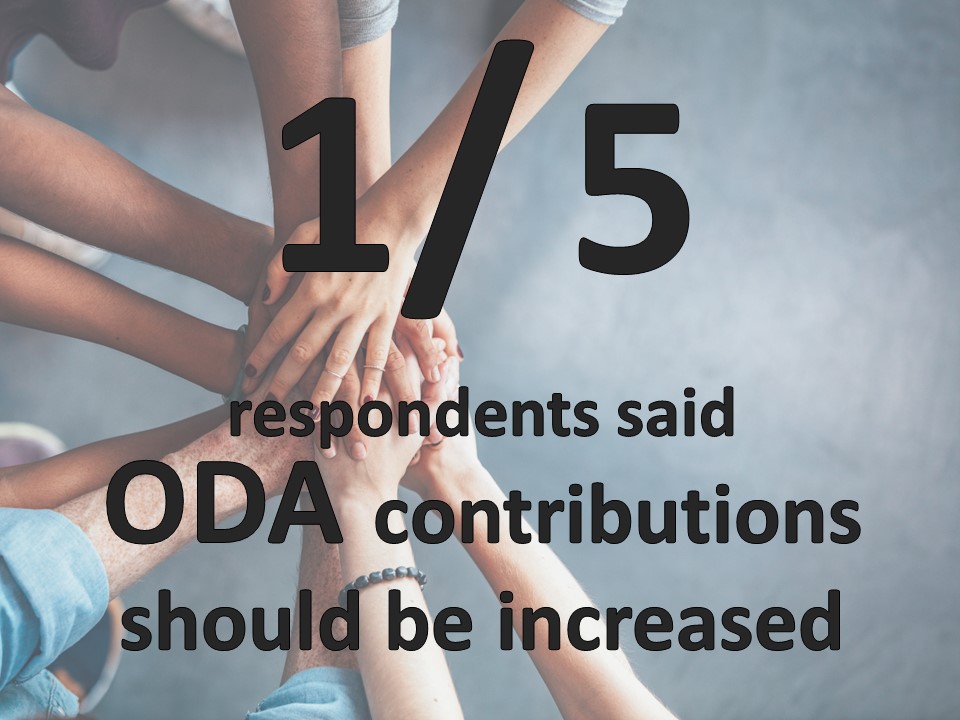 Health and Global Policy Institute (HGPI) has presented the results of its public opinion survey on global health. It was conducted among 1,000 people in March, 2022, with participants being selected by age, sex, and region in ratios in that correspond to the demographics of Japan’s total population.

When asked if Japan should make global contributions in the health sector, 40.3% of respondents said that it should (Figure 1). 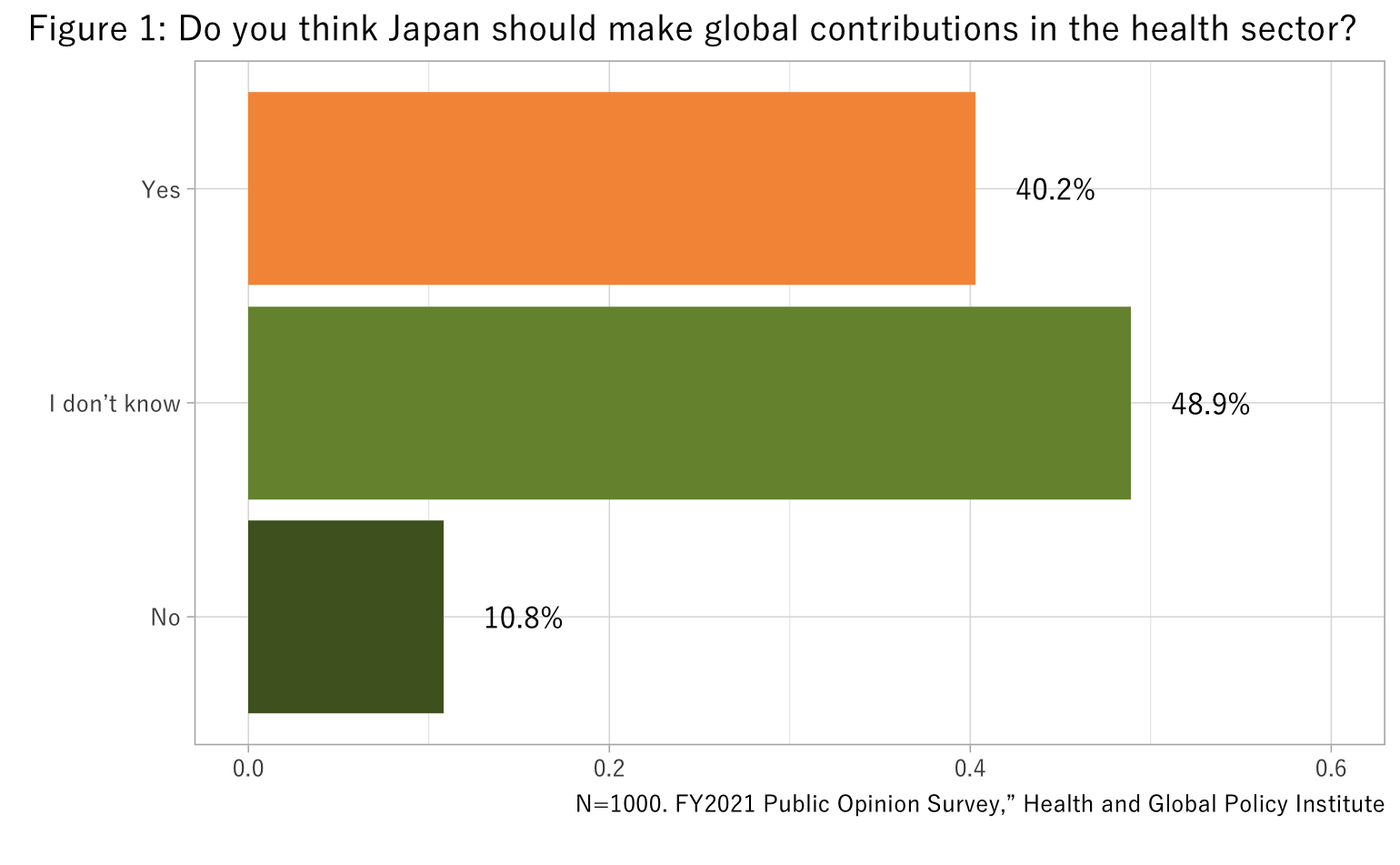 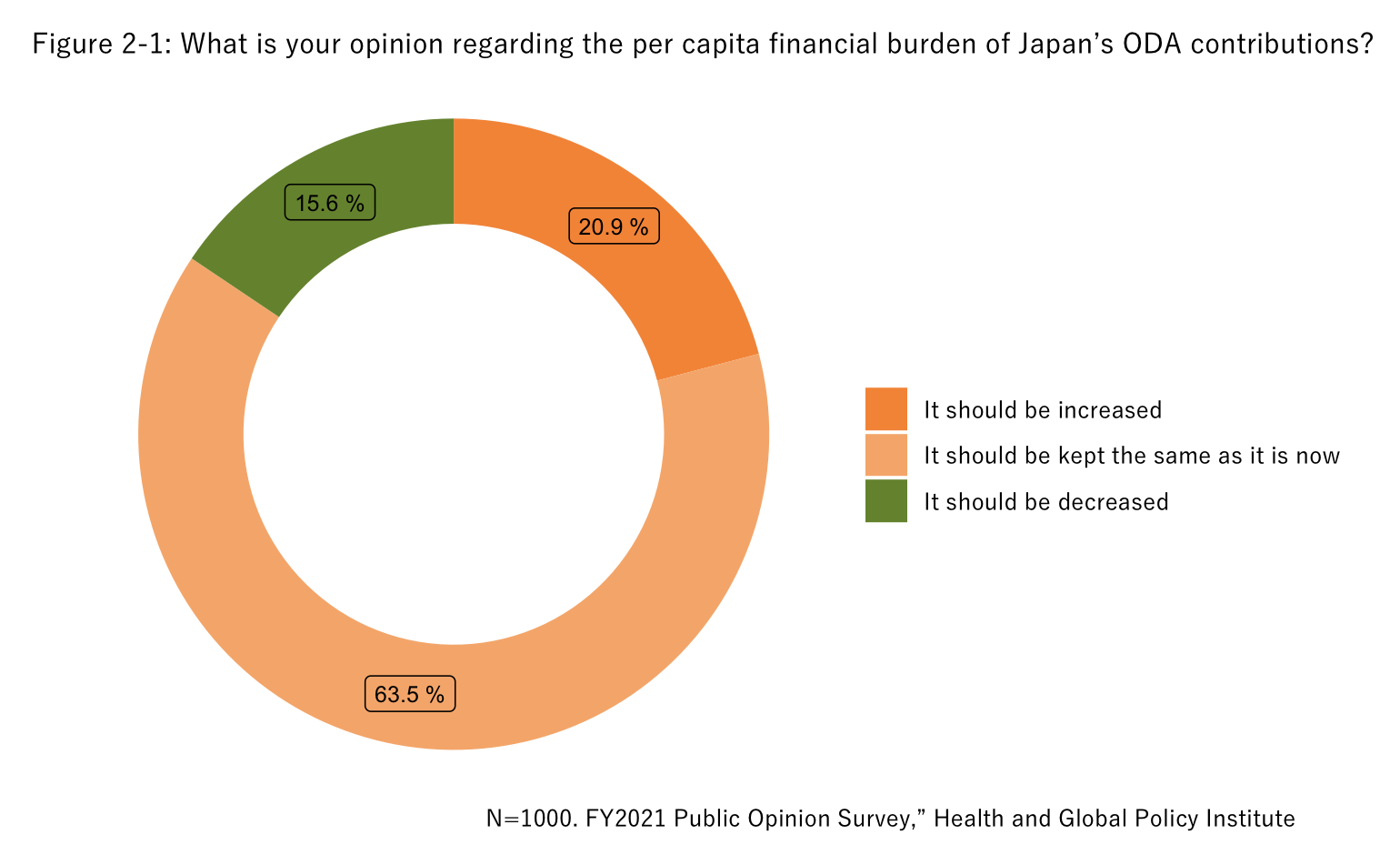 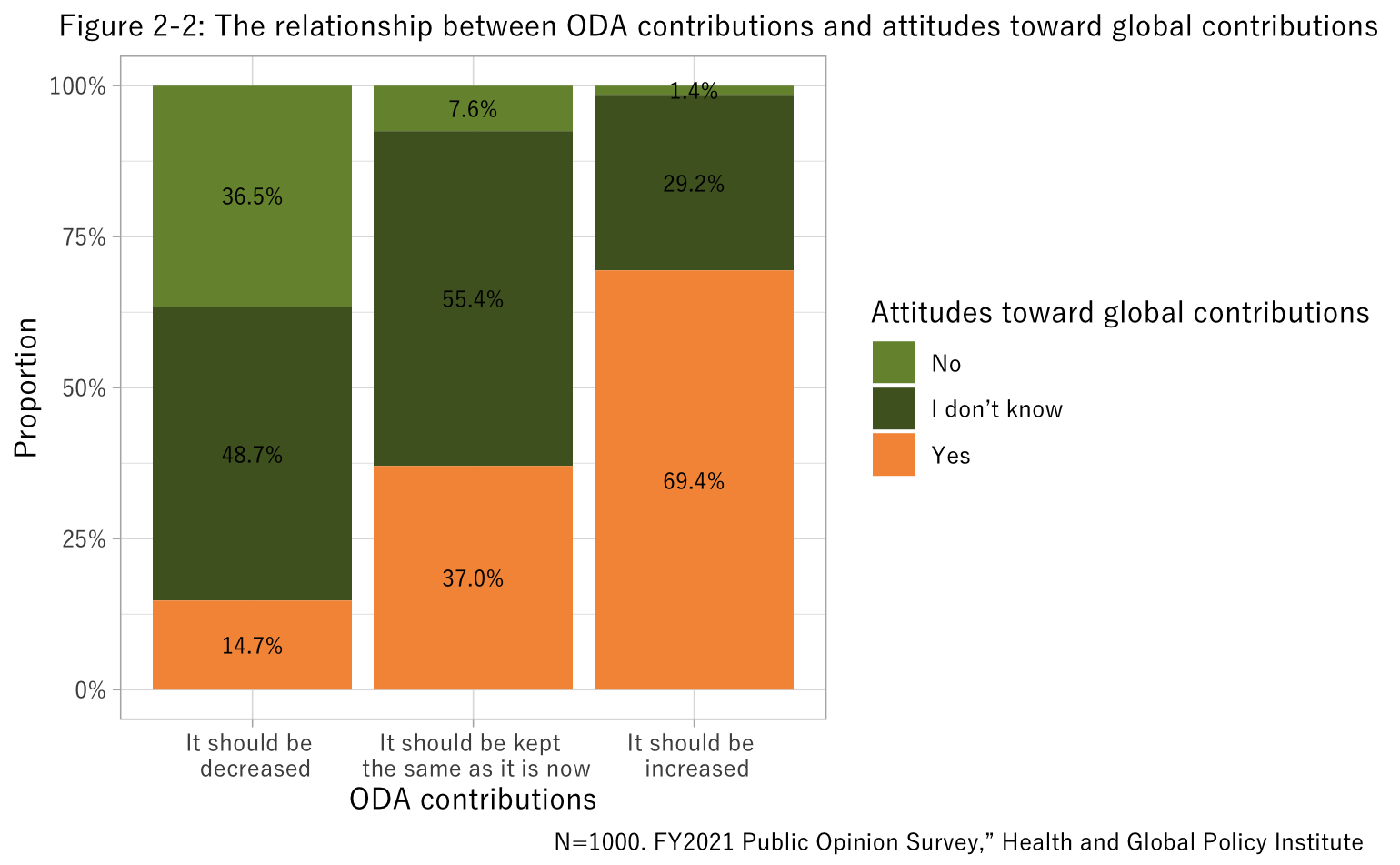 Respondents who thought ODA contributions should be increased were asked what amount would be acceptable to pay. Although many said 10,000 to 19,999 yen, we did not observe a decline in support as proposed ODA contribution increased (Figure 3). 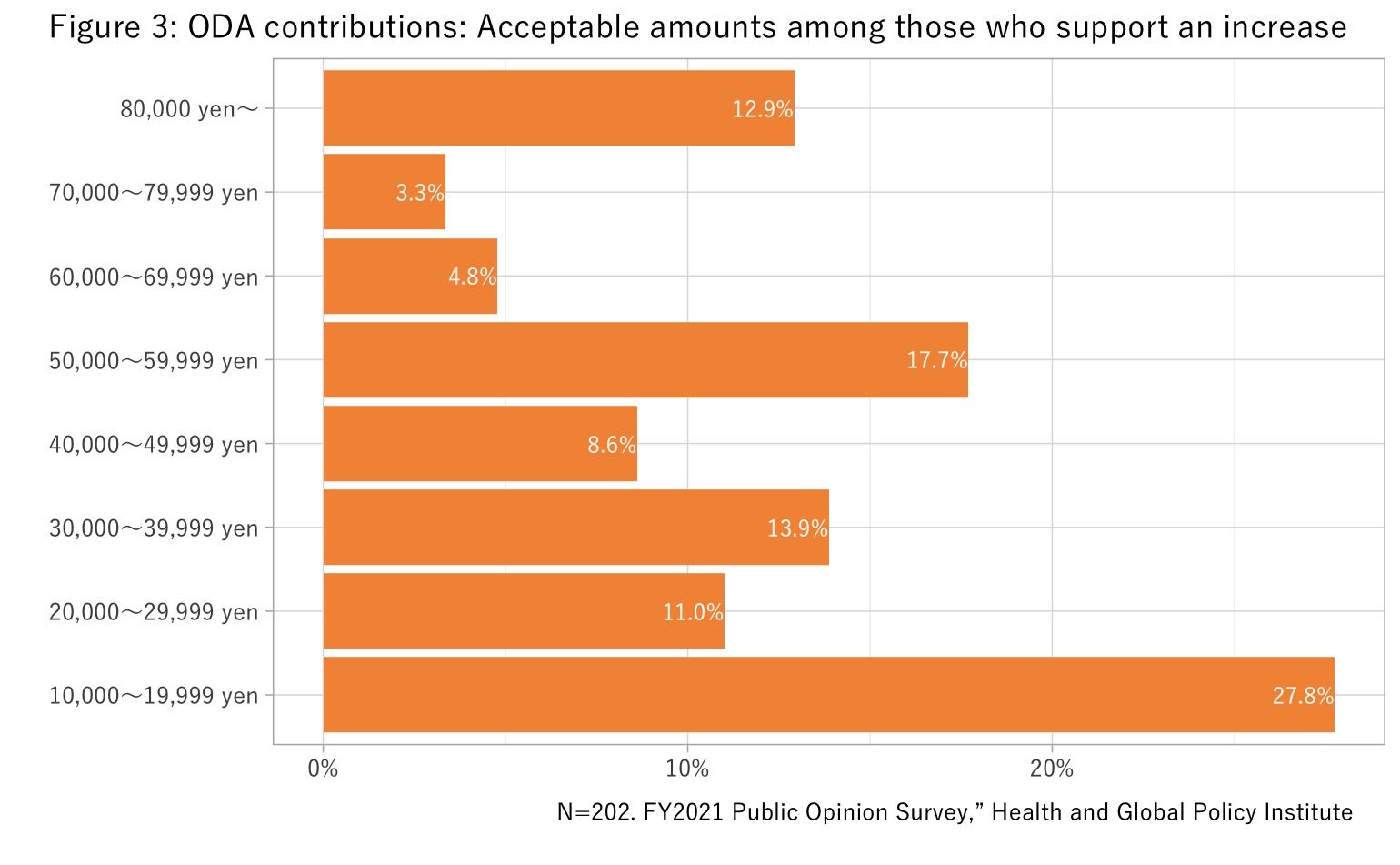 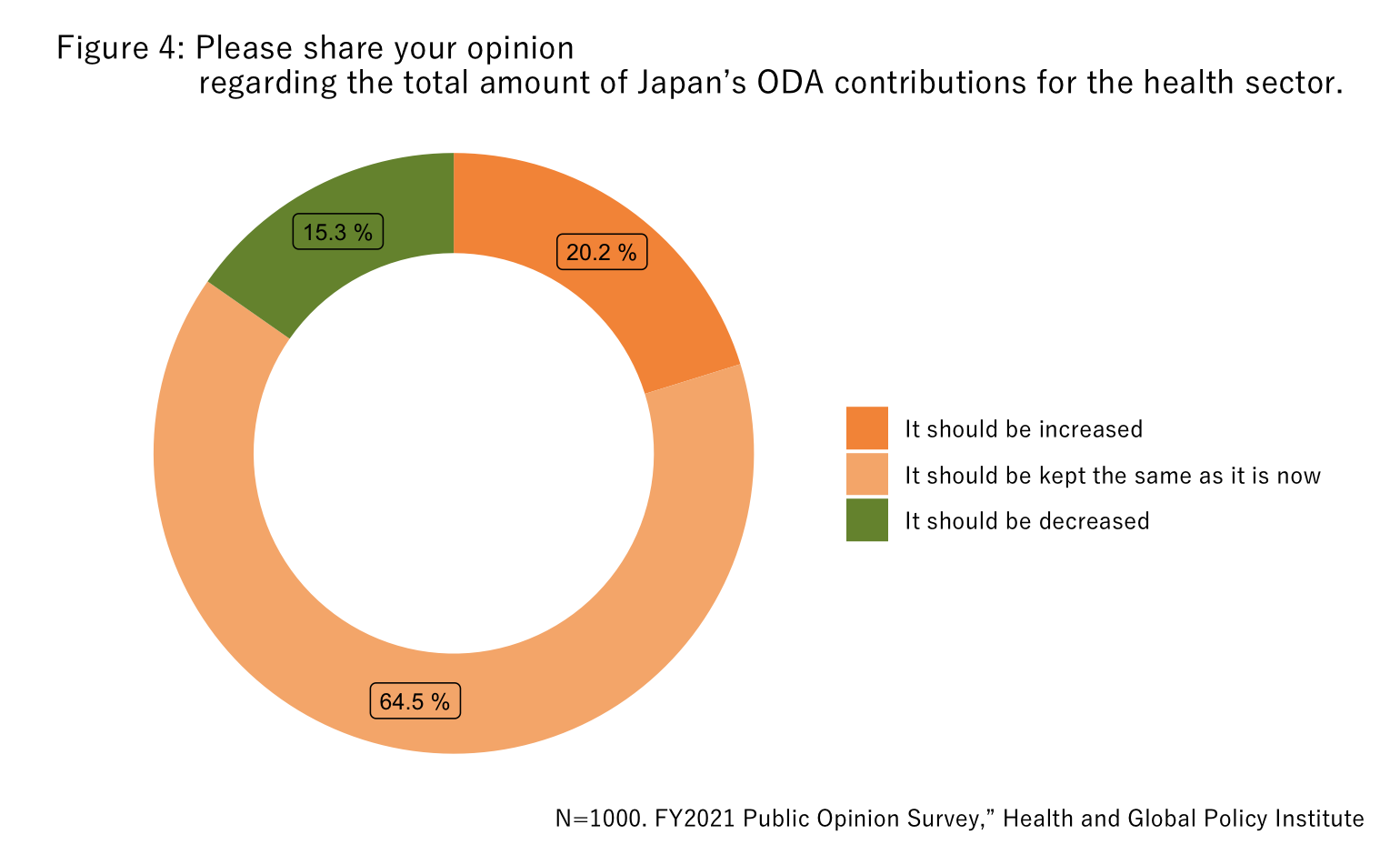 Next, respondents were asked to rank various areas within Japan’s global contributions to the health sector by assigning them either “Low,” “Neither high nor low” or “High” priority. Looking at the results, we see that “Improving access to safe water” was assigned the highest priority, with over half of respondents labeling it as “High.” This was followed by “Children’s health (including vaccinations)” and “Eliminating hunger and malnutrition.” Although “Improving access to family planning and reproductive health services” was assigned relatively low priority, the proportion of respondents who rated it “Low” was similar to other options, while a noticeably larger proportion selected “Neither high nor low” (Figure 5). 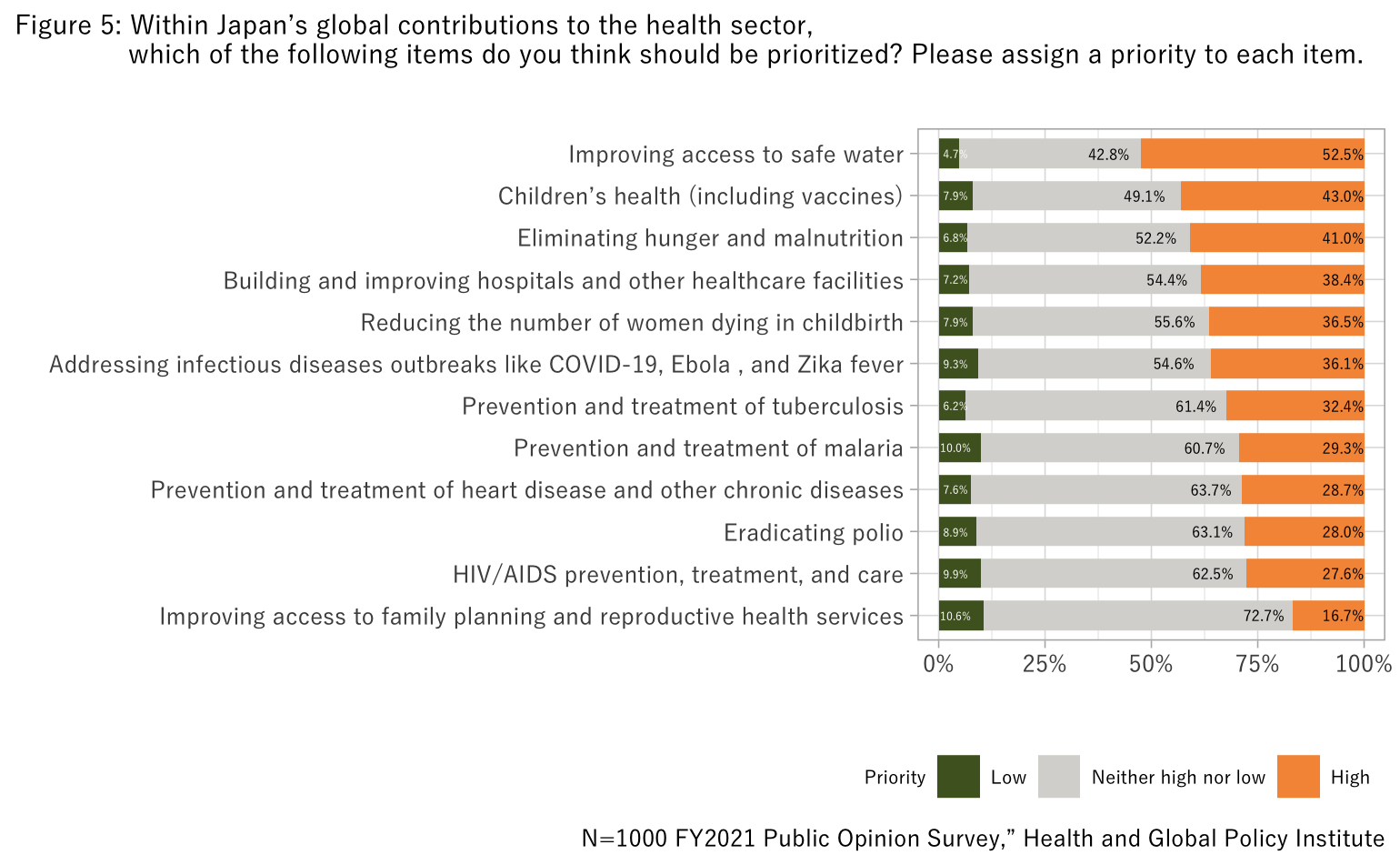 We asked respondents to select the three most important items among the urgent health challenges to address by 2030 identified by the World Health Organization (WHO). Although “Stopping infectious diseases” and “Preparing for epidemics” were assigned the highest priority, which may be a reflection of the impact of the COVID-19 pandemic, there was low awareness toward another topic related to infectious diseases, the need for countermeasures against antimicrobial resistance (AMR), as shown by the low selection rate for “Combat AMR to protect the medicines that protect us.” 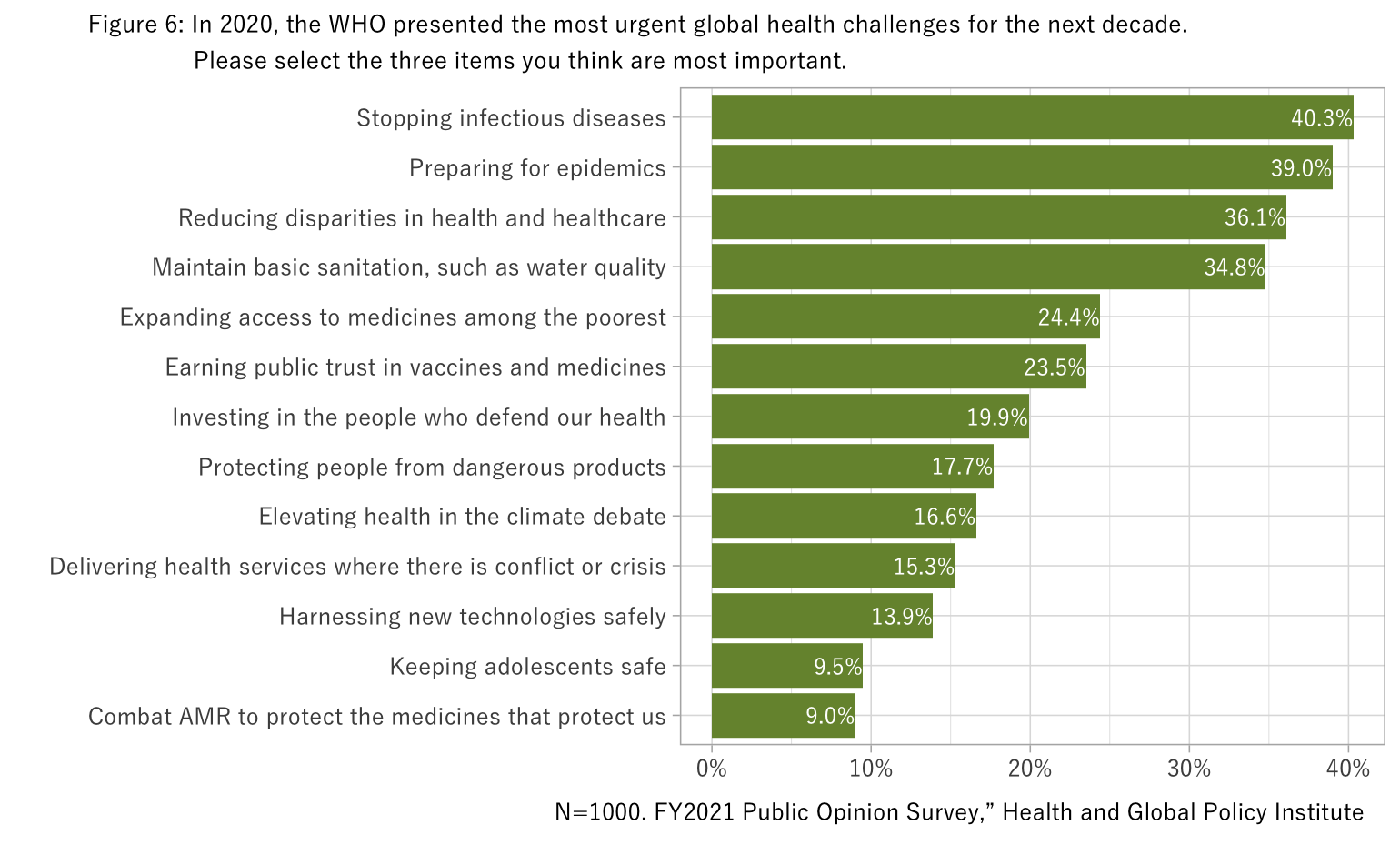 HGPI is engaged in broad activities for topics like global health, women’s health, and AMR countermeasures. For details on each of these projects, please see the following.