[Recommendations] The Future of Dementia Policy 2022: Deepening Dementia Policies Centered on People Living with Dementia and their Families to Lead Global Society (July 13, 2022) 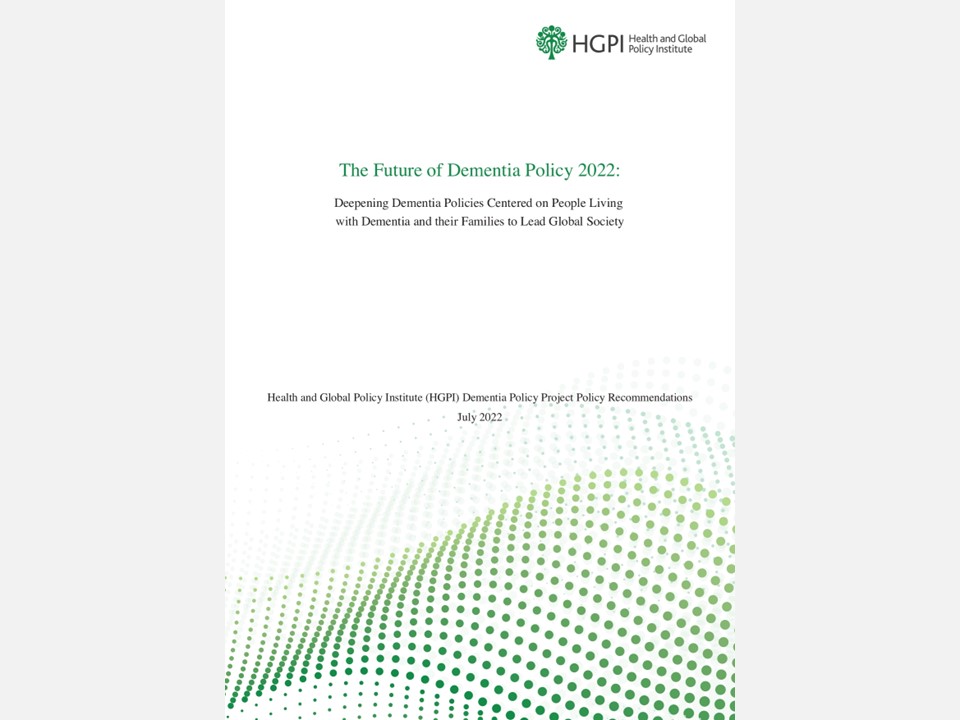 ■Background of these recommendations

In Japan, devoted efforts from people involved in the field of dementia have resulted in steady progress for domestic dementia policy. Since the Long-Term Care Insurance System was established in 2000, there has been particular emphasis placed on upholding the dignity of people living with dementia and their families, and we have seen progress in multi-stakeholder cooperation encompassing healthcare and long-term care under the concept of the Integrated Community Care System. Past domestic dementia policies include the Five-Year Plan for the Promotion of Dementia Measures (the Orange Plan), which was enacted in 2012; the Comprehensive Strategy to Accelerate Dementia Measures (the New Orange Plan), which came into effect in 2015; and the National Framework for Promotion of Dementia Policies, Japan’s first national strategy for dementia, which was introduced in 2019. Average life expectancies in each country are growing, making measures for dementia an urgent issue in the global community. The G8 Dementia Summit, which was held in London in December 2013, marked a major step forward in dementia policy for the international community. The World Dementia Council (WDC) was established as a result of that summit, and each country has been working to expand policies for dementia according to its Declaration and Communique. Then, in 2017, the World Health Organization (WHO) released “Global action plan on the public health response to dementia 2017-2025,” which called on each country to formulate and advance dementia policies. While the past decade has seen much growth in momentum for dementia policies in the global community, these efforts have been impacted by the COVID-19 pandemic. We must now acknowledge the need to redouble our efforts. It will soon be a decade since the G8 Dementia Summit, and the 2023 G7 Summit will be held in Japan. Given this opportunity, Health and Global Policy Institute (HGPI) has developed the following policy recommendations based on knowledge gained over many years of Dementia Policy Project activities to indicate the direction for Japan to take to further strengthen dementia policy in the global community.

[Recommendations] The Future of Dementia Policy 2022: Deepening Dementia Policies Centered on People Living with Dementia and their Families to Lead Global Society