[Activity Report] New Policy Briefs on the Situation of AMR in Japan and Abroad (November 20, 2020) 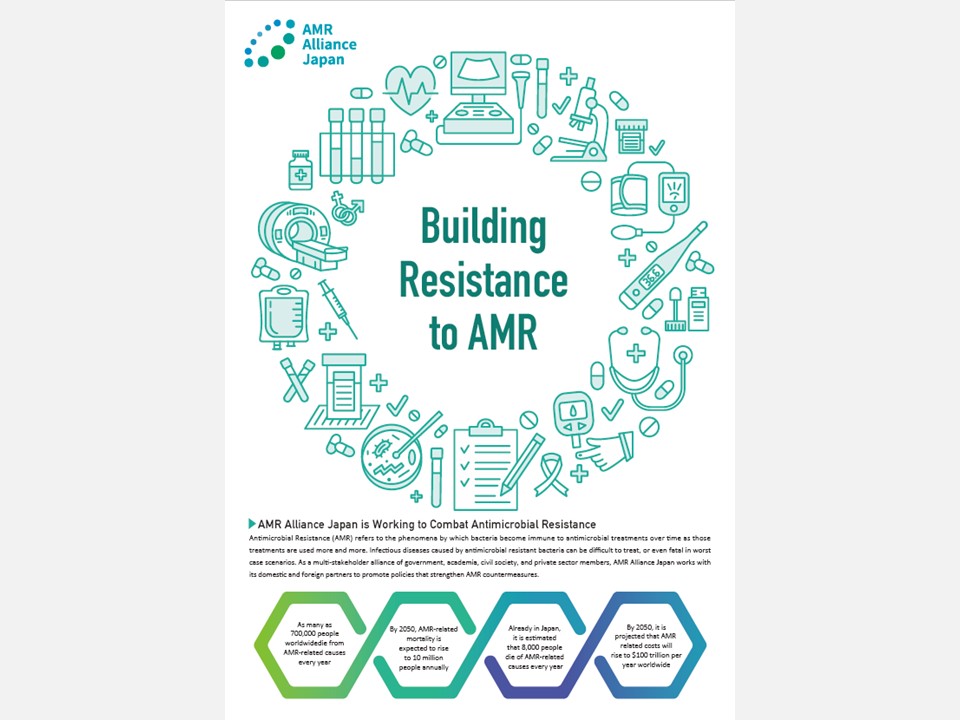 Antimicrobials are a foundational pillar of modern medicine. Since the discovery of penicillin in 1928, antimicrobials have been used across the world to save countless lives from infectious diseases and supported the treatment of non-communicable diseases as well.

However, as humanity uses antimicrobials more and more, the microorganisms that cause infectious diseases adapt, and grow resistant to treatment. This naturally occurring process is called “antimicrobial resistance” (AMR). Without serious action to combat the spread of AMR, we could face a situation in which many people once again die from currently treatable diseases.

Already, in Japan, it is estimated that as many as 8,000 people die every year of AMR-related causes, double the amount of people who die annually from traffic accidents. In comparison, as of November 17, 2020, a total of 1,913 people have passed away in Japan from COVID-19. Looking globally, it is estimated that AMR leads to the death of as many as 700,000 people annually. If trends continue, by 2050, as many as 10 million people could potentially die of AMR-related causes globally every year.

To combat this issue, in April 2016, Japan enacted a National Action Plan on Antimicrobial Resistance, and has been promoting AMR-related measures ever since. Sensing the growing urgency of this issue, HGPI too has been pursuing policy action on this topic since 2016. In November 2018, HGPI partnered with academic societies working in infectious disease medicine, pharmaceutical companies, and medical device makers, to establish AMR Alliance Japan, an independent platform for the promotion of multisector discussion on AMR countermeasures.

In this 2020, AMR Alliance Japan released “Recommendations Toward the Next National Action Plan on Antimicrobial Resistance” calling on the Japanese Government to take certain steps as it develops its next National Action Plan on AMR from 2021. This work has been followed up by recommendations on the domestic AMR surveillance system, recommendations on the need for a pull incentive to stimulate antimicrobial development, and the development of proposals toward the revision of the medical fee system in order to incentivize antimicrobial stewardship. The Alliance has also worked to collect and produce reference materials for policymakers and the public in order to promote greater understanding of this topic.

It is hoped that these briefs will encourage greater understanding of AMR countermeasures toward the development of an even stronger national and global policies on AMR.

Brief: Promoting antimicrobial stewardship based on the actual situation at healthcare facilities

Brief: Enabling the further and active use of AMR screening methods and rapid diagnostic technology

Brief: Supporting education on AMR for the public and medical practitioners

Brief: Stabilizing the supply of antimicrobials