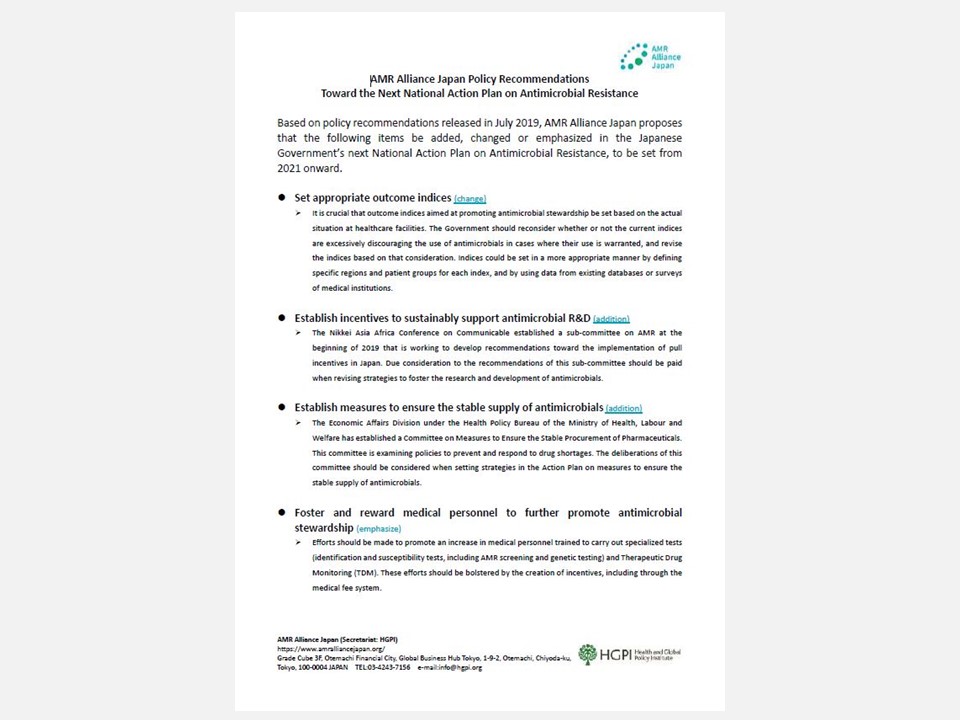 Following the endorsement of the Global Action Plan on Antimicrobial Resistance at the World Health Assembly in May 2015, Japan’s Ministry of Health, Labour and Welfare worked with other ministries and agencies to establish the Ministerial Meeting on Measures on Emerging Infectious Diseases, which in turn released Japan’s National Action Plan on AMR 2016-2020 on April 5, 2016. With the term of the current Action Plan coming to an end within 2020, relevant governmental organizations are now working toward the development of a new plan.

AMR Alliance Japan developed its most recent recommendations following a review of the current action plan. It is hoped that these recommendations will encourage the development of an even stronger domestic policies on AMR in the future.