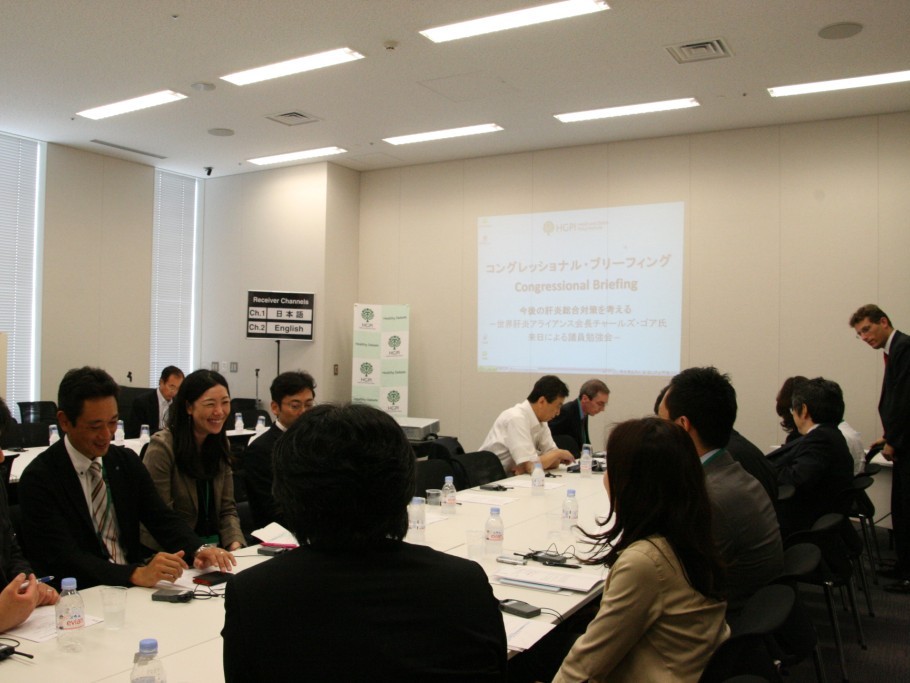 On the 27 July 2012, the Health and Global Policy Institute held a ‘Bipartisan Congressional Briefing’ (Diet member study session) in Meeting Room 6 of Building 1 of the House of Representatives.

The theme of the briefing on this occasion was ‘Thinking about future integrated approaches for tackling hepatitis’, and we were delighted to welcome President of the World Hepatitis Alliance Mr. Charles Gore to speak on some positive global examples. Party allegiances were put aside for the occasion with participation from various members of the National Diet who are well acquainted with healthcare and government administration of medical affairs, together also with individuals representing patient groups, healthcare establishments and numerous media outlets.

As one of the most prevalent infectious diseases worldwide, global initiatives to prevent the incidence and spread of viral hepatitis as well as to tackle discrimination and prejudice aimed at patients and infected individuals have been ongoing. Recent years however have seen the implementation of ‘World Hepatitis Day’ by the World Health Organization in 2010, and Japan has now followed on from this development by establishing the first ‘Japan Hepatitis Day’ on the 28 July of this year. As the resulting raise in momentum of integrated approaches for tackling hepatitis occur both domestically and abroad, there is an important opportunity for people involved in this area to think again about future measures, and a lively exchange of opinions took place at the Congressional Briefing.

The Health and Global Policy Institute has previously created similar occasions for bipartisan discussions to occur between various Diet Members and experts. These activities will be continued into the future, with the aim of contributing to the construction of highly transparent processes for the achievement of more tangibly responsible policies. 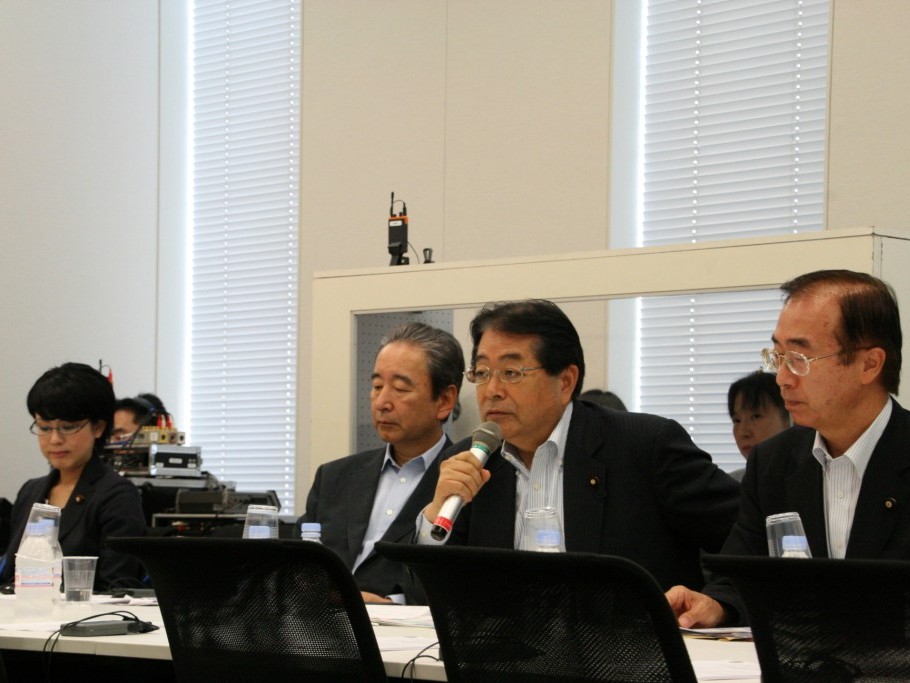 Diet members at the meeting 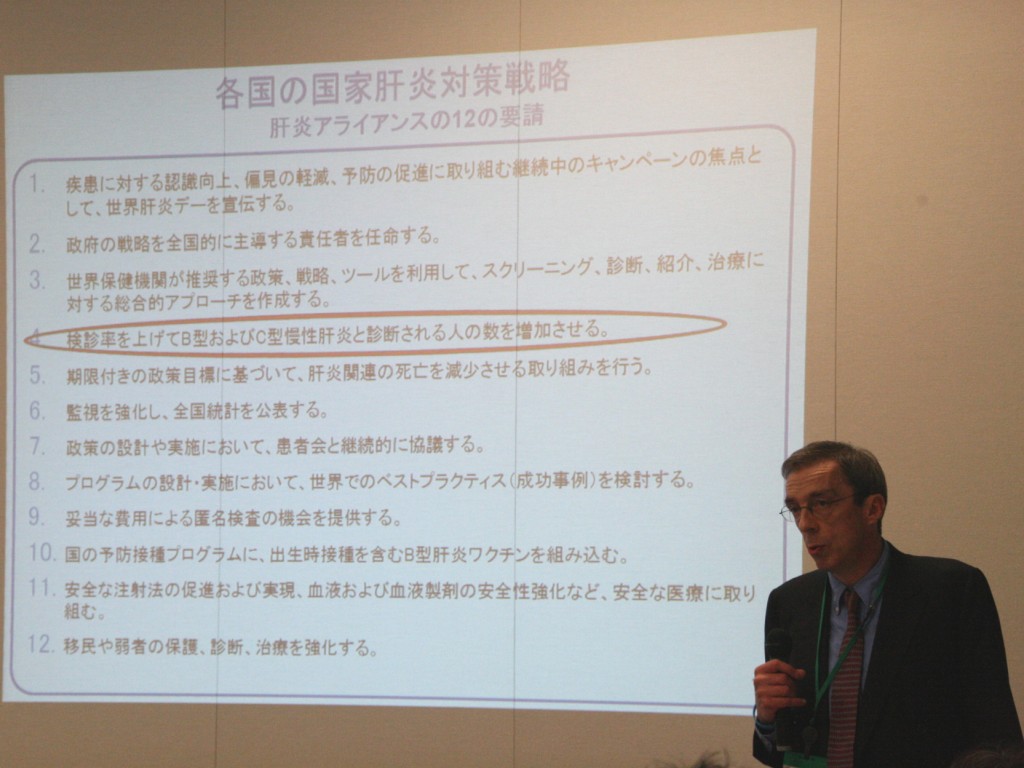