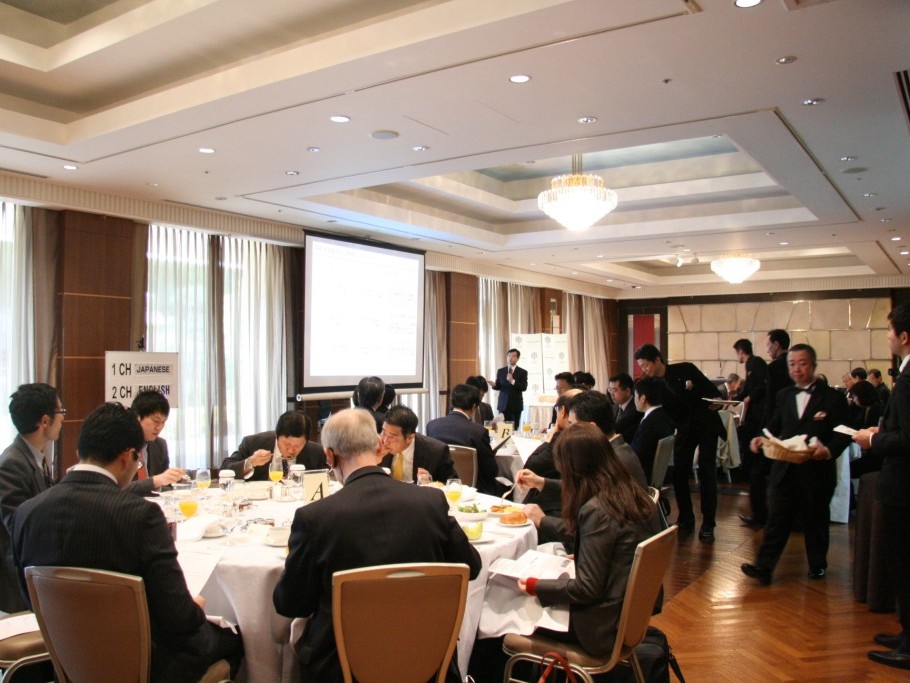 >>★Video on the day (YouTube)
On the 15th March 2012, the Health and Global Policy Institute hosted another Special Breakfast Meeting for its advisers, sponsors and other intellectuals.

On this occasion we welcomed Shinji Asonuma, Vice-minister of Health, Labour and Welfare, and Shinsuke Muto, Chairman of the Tetsuyu Institute Medical Corporation, to talk about the measures for recovery assistance that have been undertaken in the year following the Great East Japan Earthquake Disaster, and the future plans in this area.

The first talk was given by Dr. Muto, who explained in outline the “Leading Aging Society Forum” of which he is Chairman, and then went on to discuss the activities of the Tetsuyu Institute Medical Corporation in relation to the medical region in Ishinomaki. He explained the problems that were identified in the Ishinomaki medical region through a residents’ survey he had carried out, and finished his talk by discussing the necessity for the establishment of a model for resolving some of the issues relating to aging societies.

Following this, we received a talk from Vice-minister Asonuma on the situation for the reconstruction of the medical system in each of the three prefectures damaged by the disaster, and the various measures being undertaken in each. Within his talk, he also described his experiences from his position in the government administration with regard to the kinds of actions that were spurred immediately following the disaster.

Following both speaker’s talks, there was a lively exchange of opinions about what kind of form the cooperative activities between government, public administration, NPOs and citizens should take in relation to the disaster recovery. 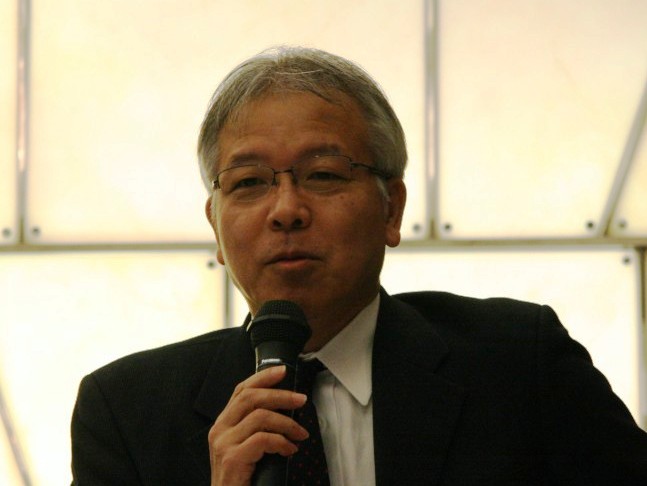 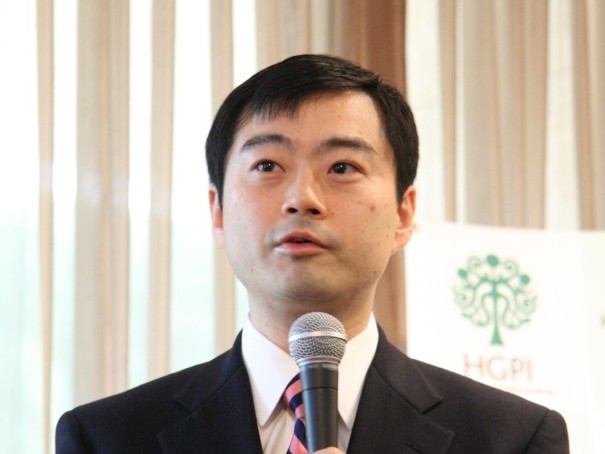