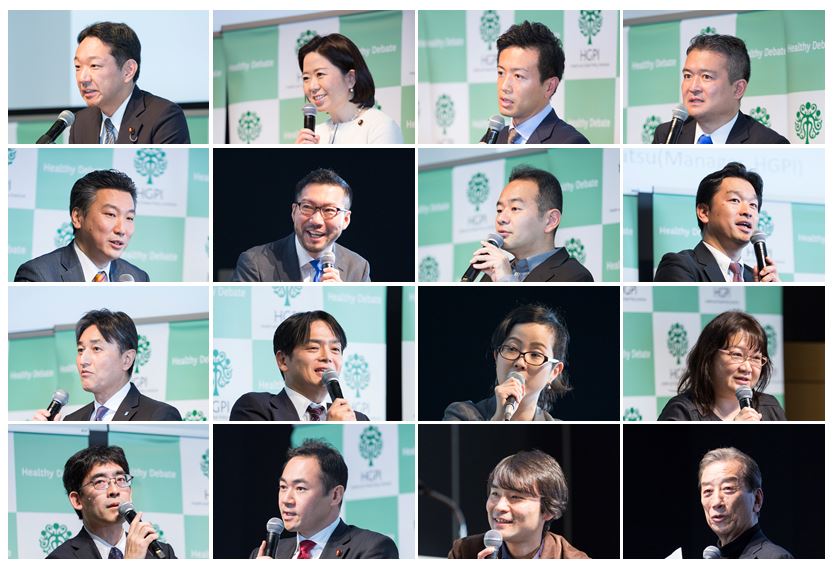 HGPI held the Health Policy Summit 2019 on February 23, 2019 in Tokyo.
At the summit, we held deep and lively discussions on future plans and visions with various stakeholders entitled “Healthcare policy shaped by politics,” “Redesigning healthcare,” and “Social security towards 2040.” 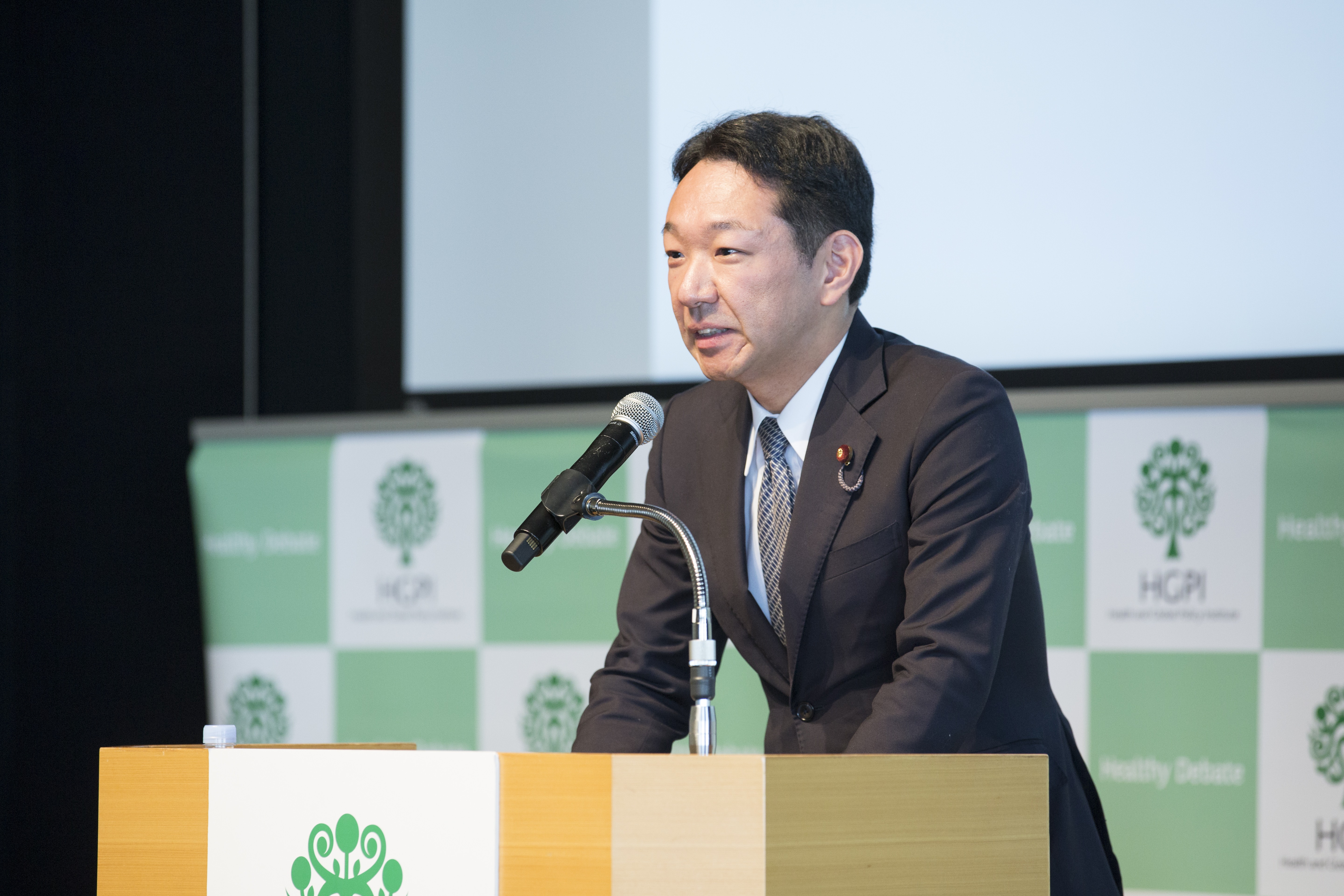 Session 1: A Conversation on Healthcare in Japan with Key Leaders of the Next Generation
As is common in many other fields of policy, social security policy including healthcare policy can cause the redistribution of public benefits and wealth and may increase the burden borne by the public. This is particularly true in Japan, where the population is rapidly aging and the future public burden in the in the field of social security is a point of concern for many citizens. According to a projection published in 2017 by the National Institute of Population and Social Security Research, the percentage of Japan’s population in the late elderly stage of life aged 75 and over will reach 17.8% in 2025. They predict that this rate will peak in the 2040, when over 35% of the population will be 65 and older.
In light of this situation, the public must be presented with a vision of the ideal form of health and social insurance for Japan and, to this end, convincing political leadership is crucial. What is the vision of the next generation of key persons who will be active in creating the legislation of the future? We shared knowledge from members of both the ruling and opposition parties. 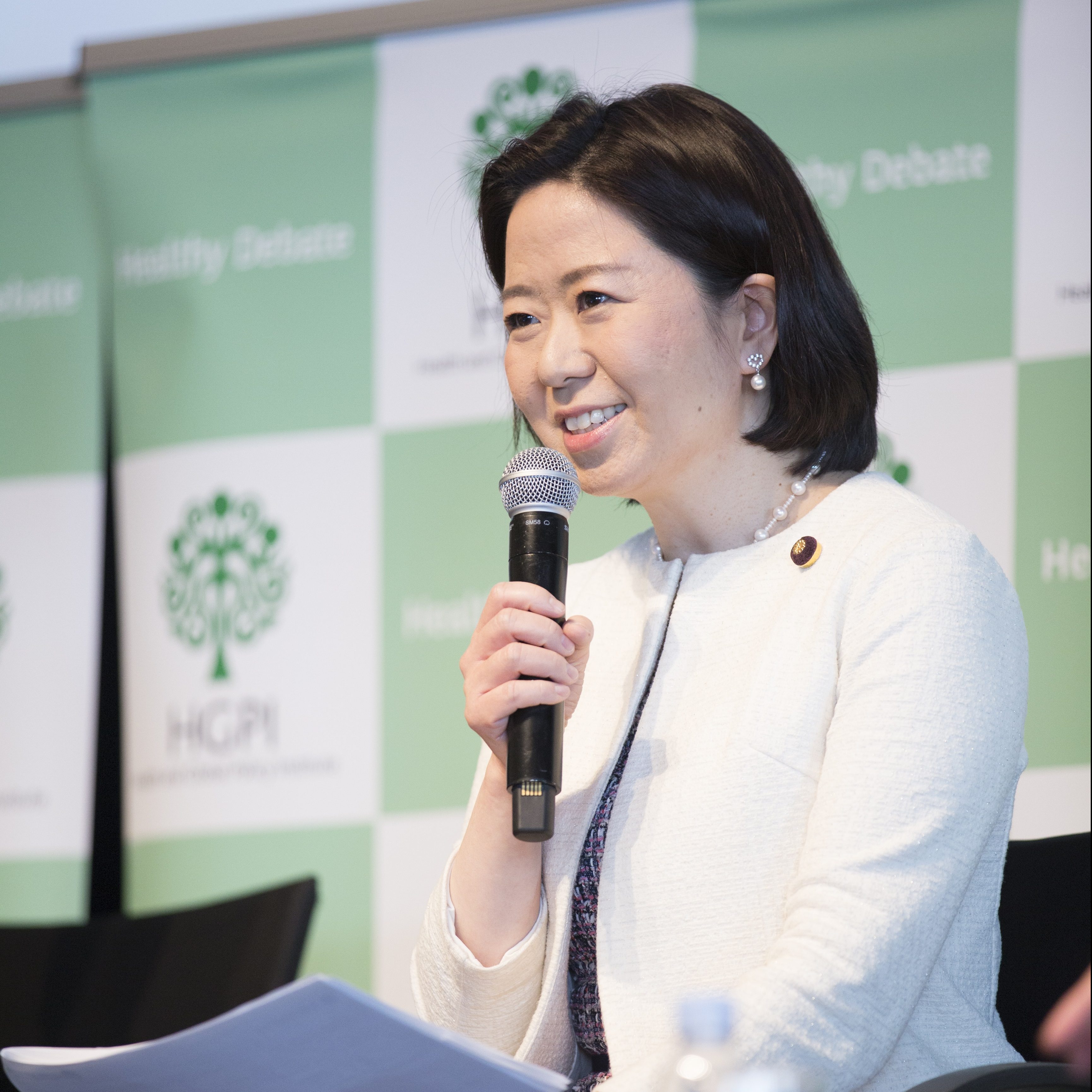 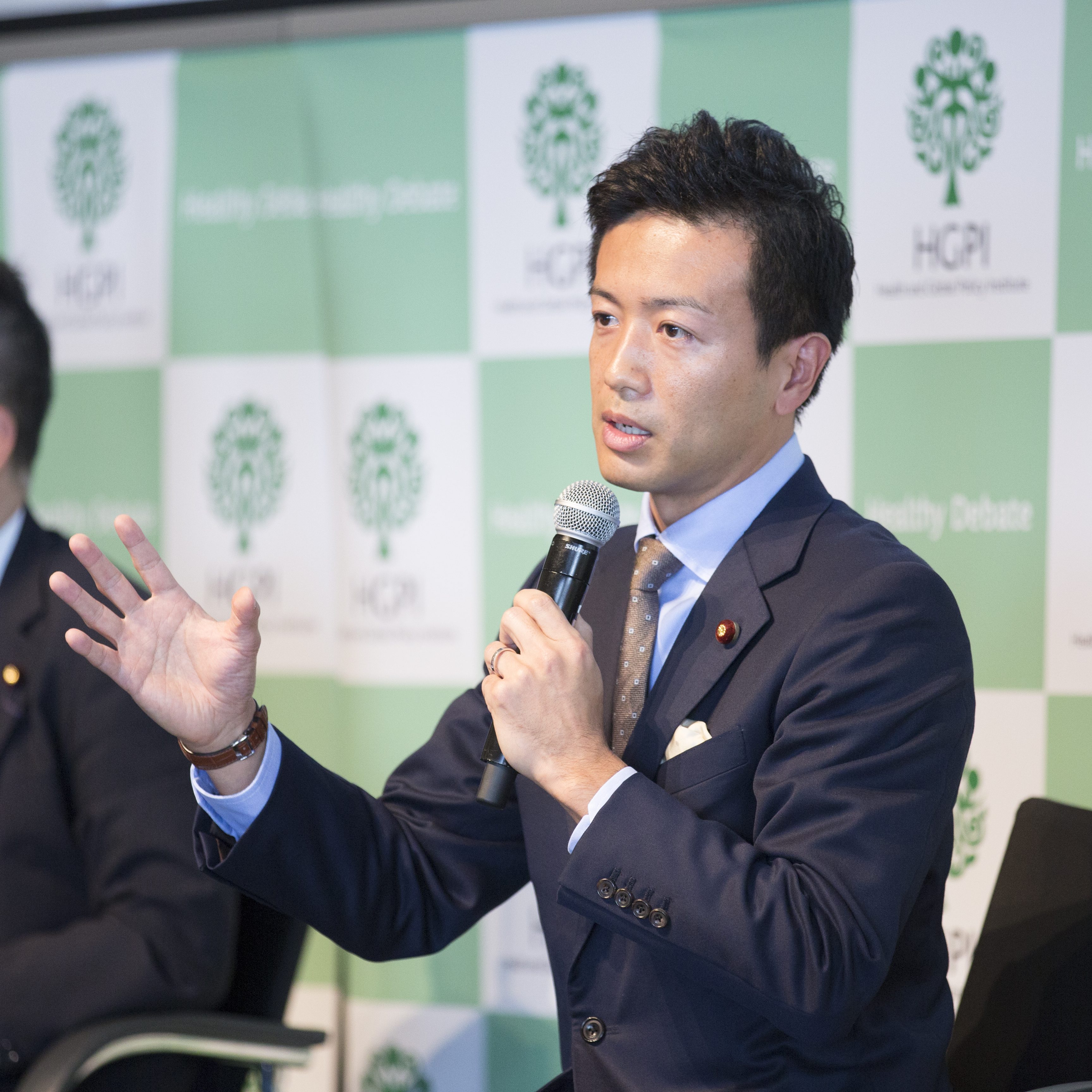 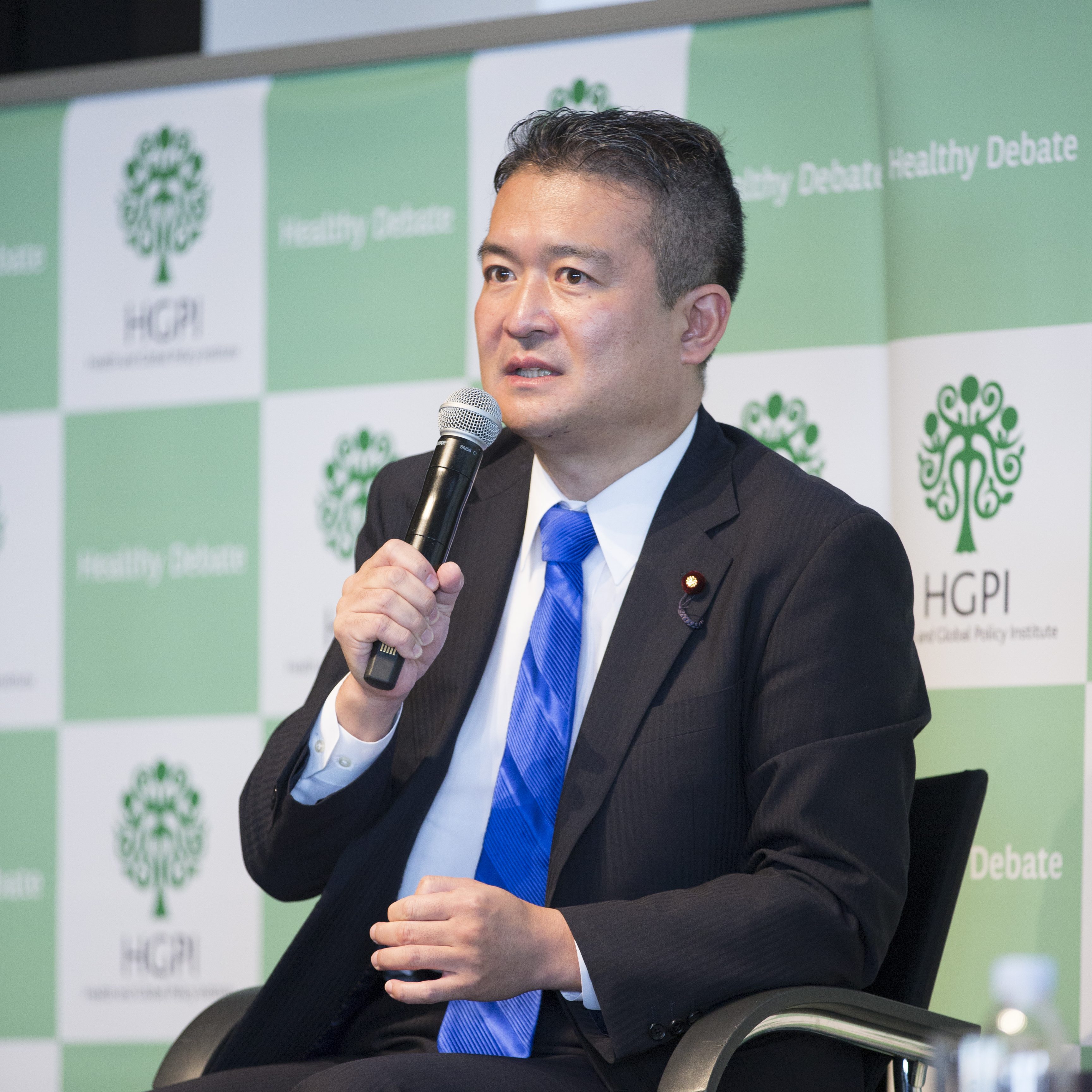 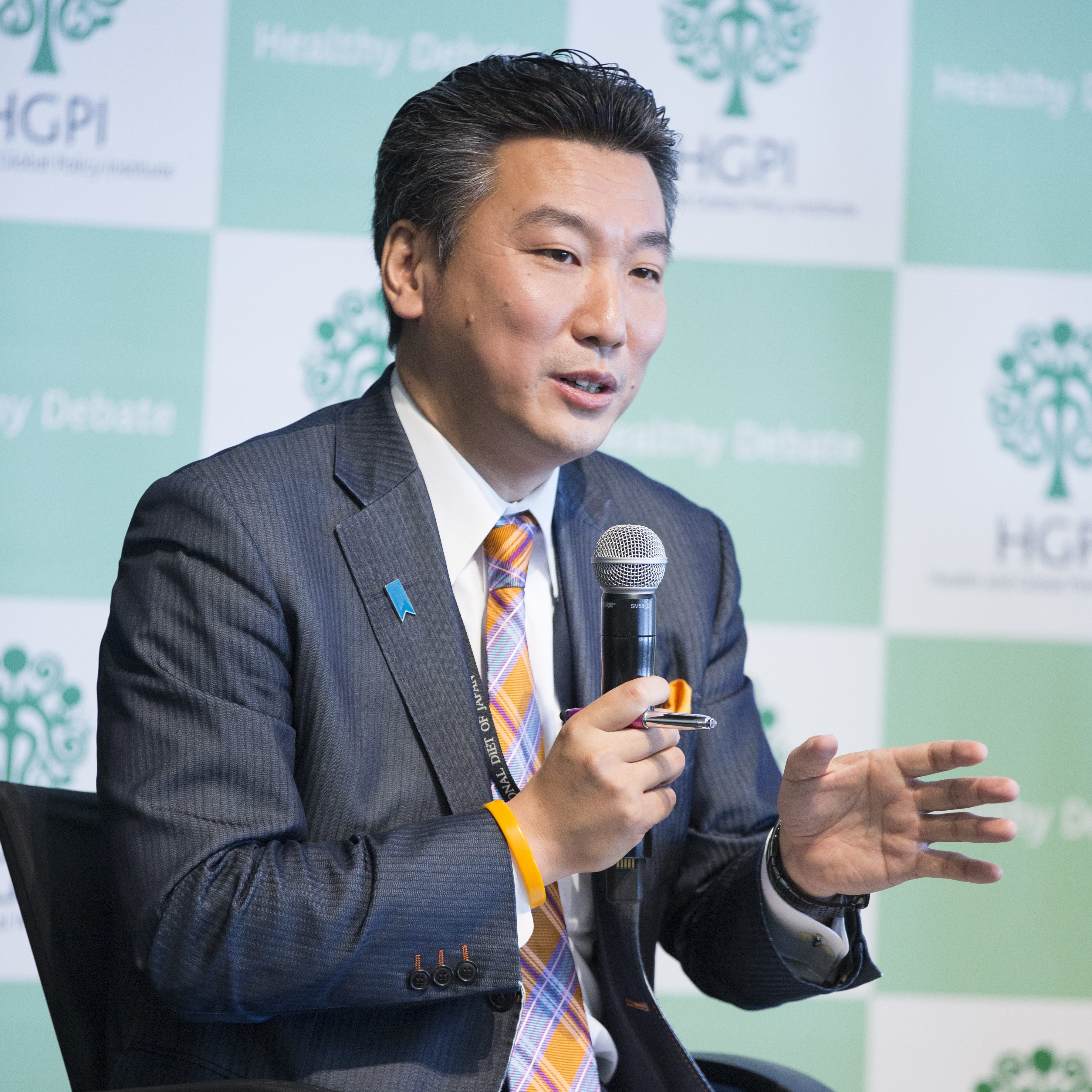 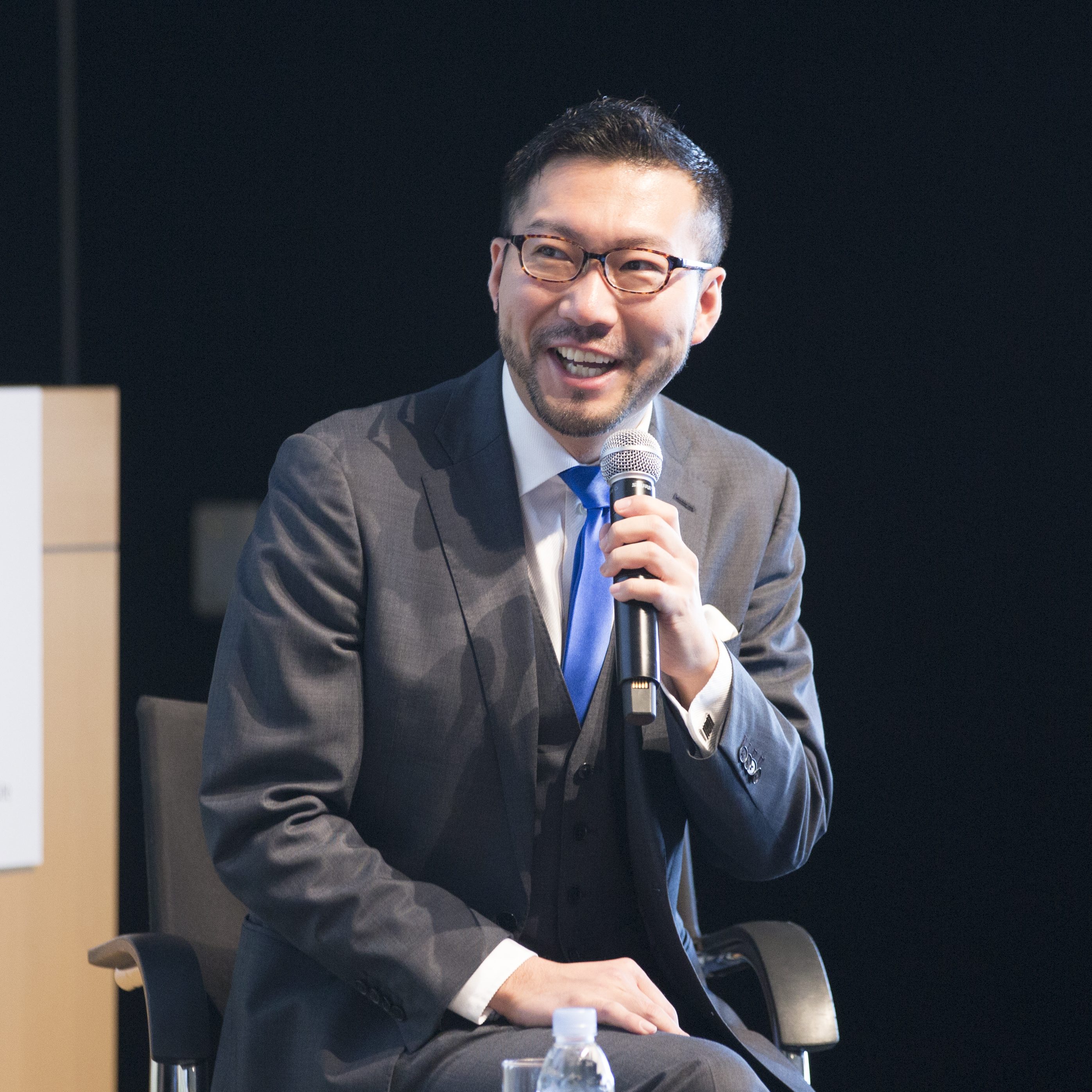 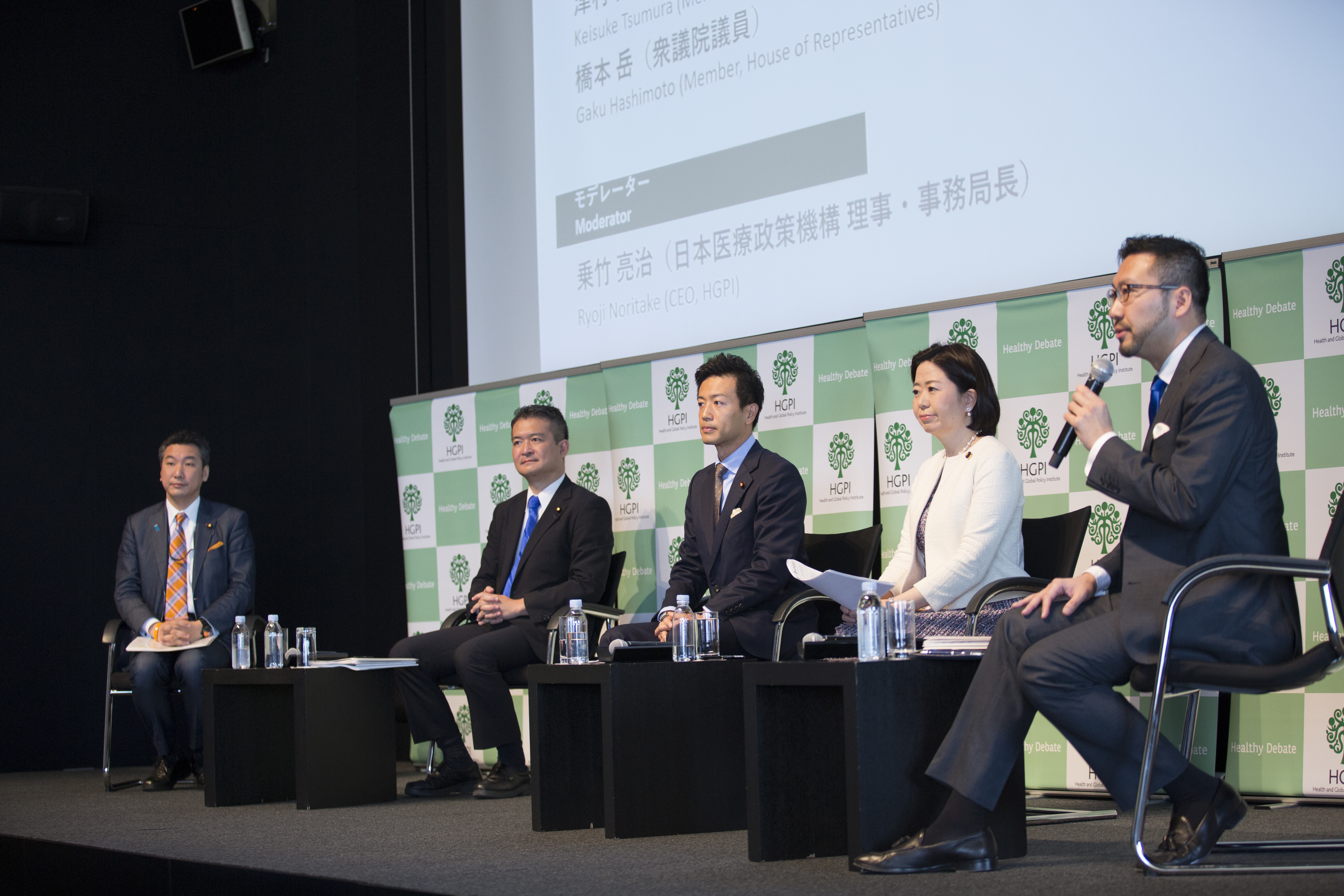 Session 2: Redesigning Society – Digitization of the Healthcare-Government-Individual Dynamic
To the nation-state and the public, the mechanisms governing benefits and burdens in social security systems – including healthcare systems like universal health coverage (UHC) – were a human invention for linking the nation and its citizens. However, the world has globalized and digitized. The transmission of both pathogenic bacteria and innovation as well as the collection of healthcare data is accelerating around the entire world.
In light of such progress, how will the major changes to healthcare systems we are trying to make alter the relationship between the state and the individual from a societal viewpoint? How will the concept of healthcare change? Together with experts in digital health, data health, and the field of design, we examined the implications of the globalization and digitization of healthcare for society. 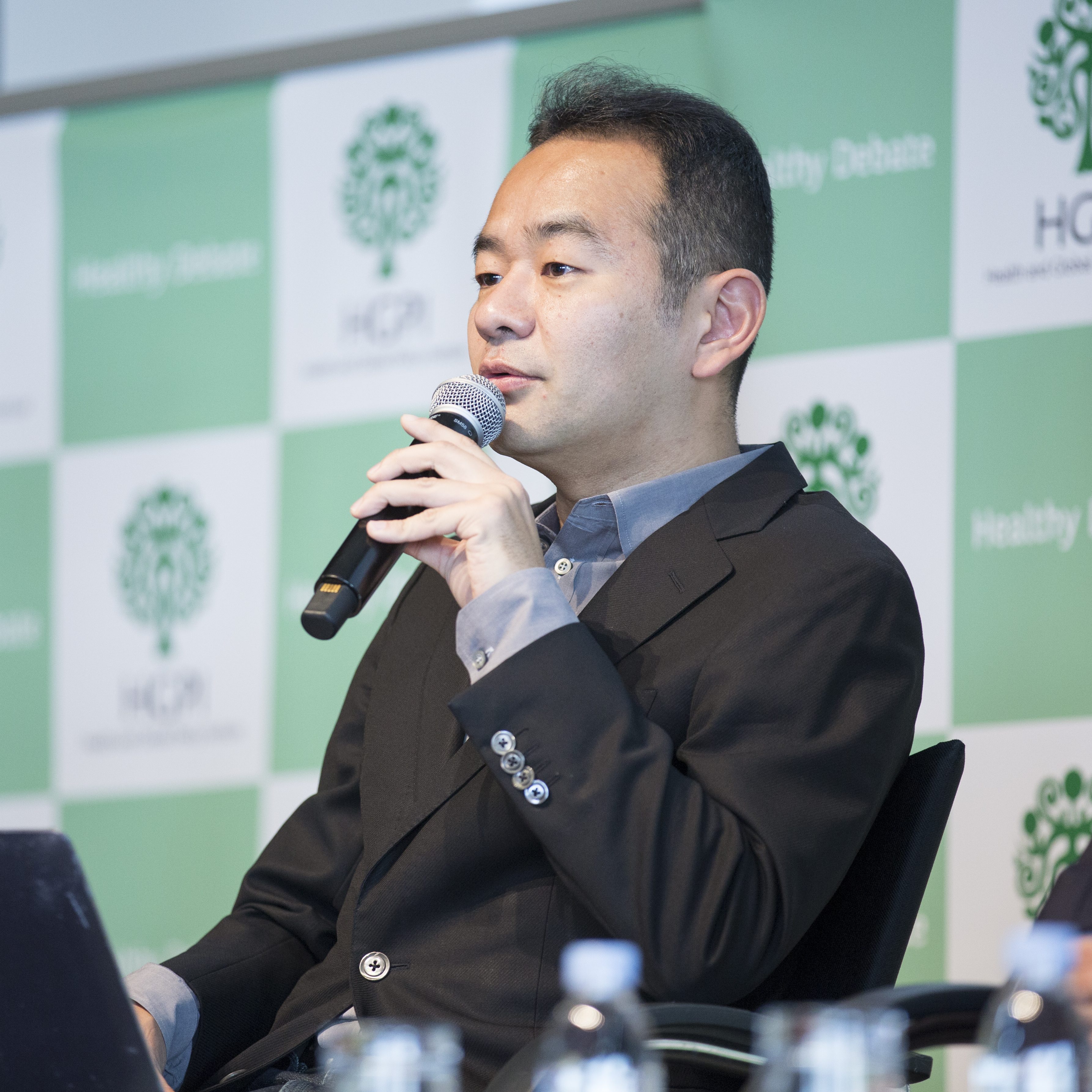 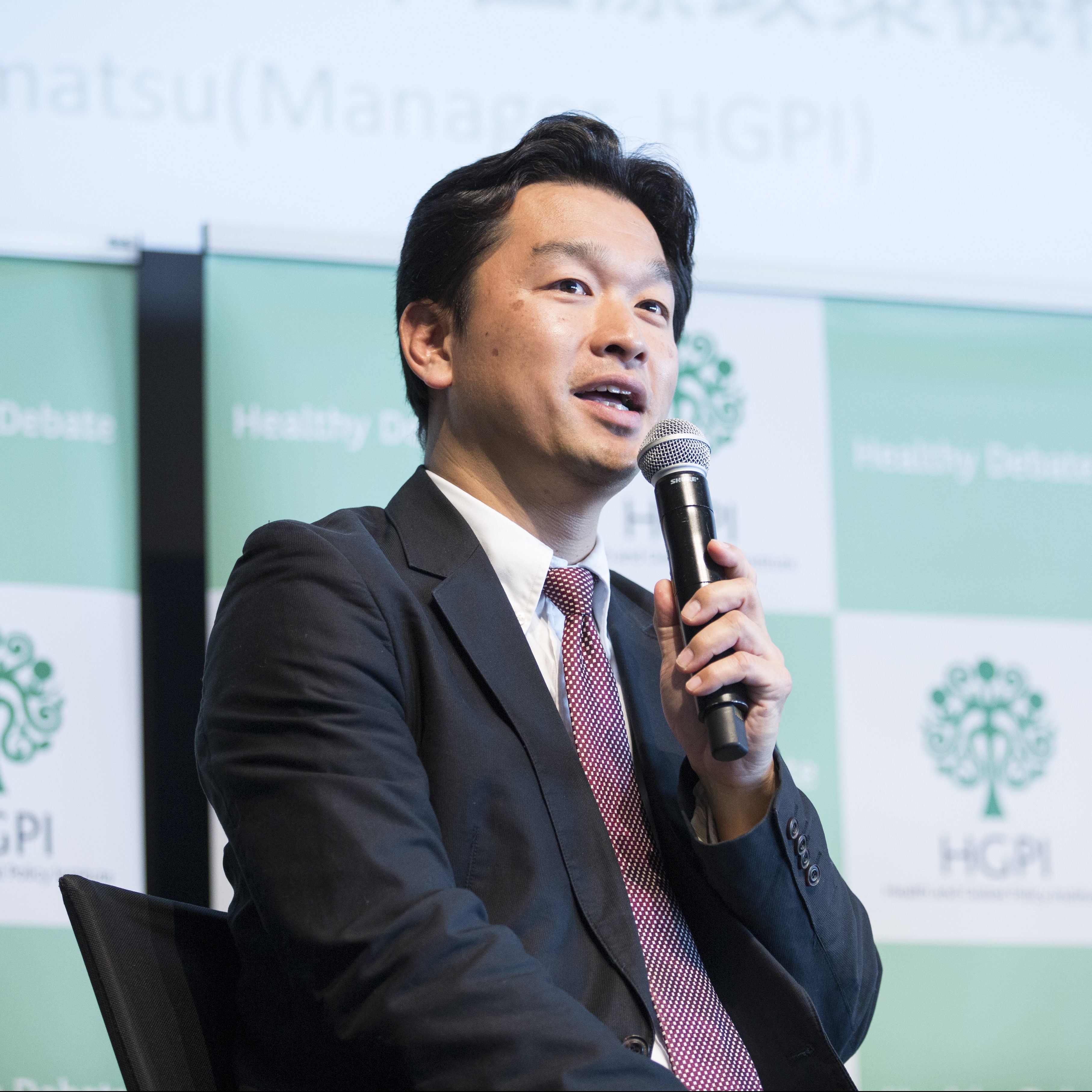 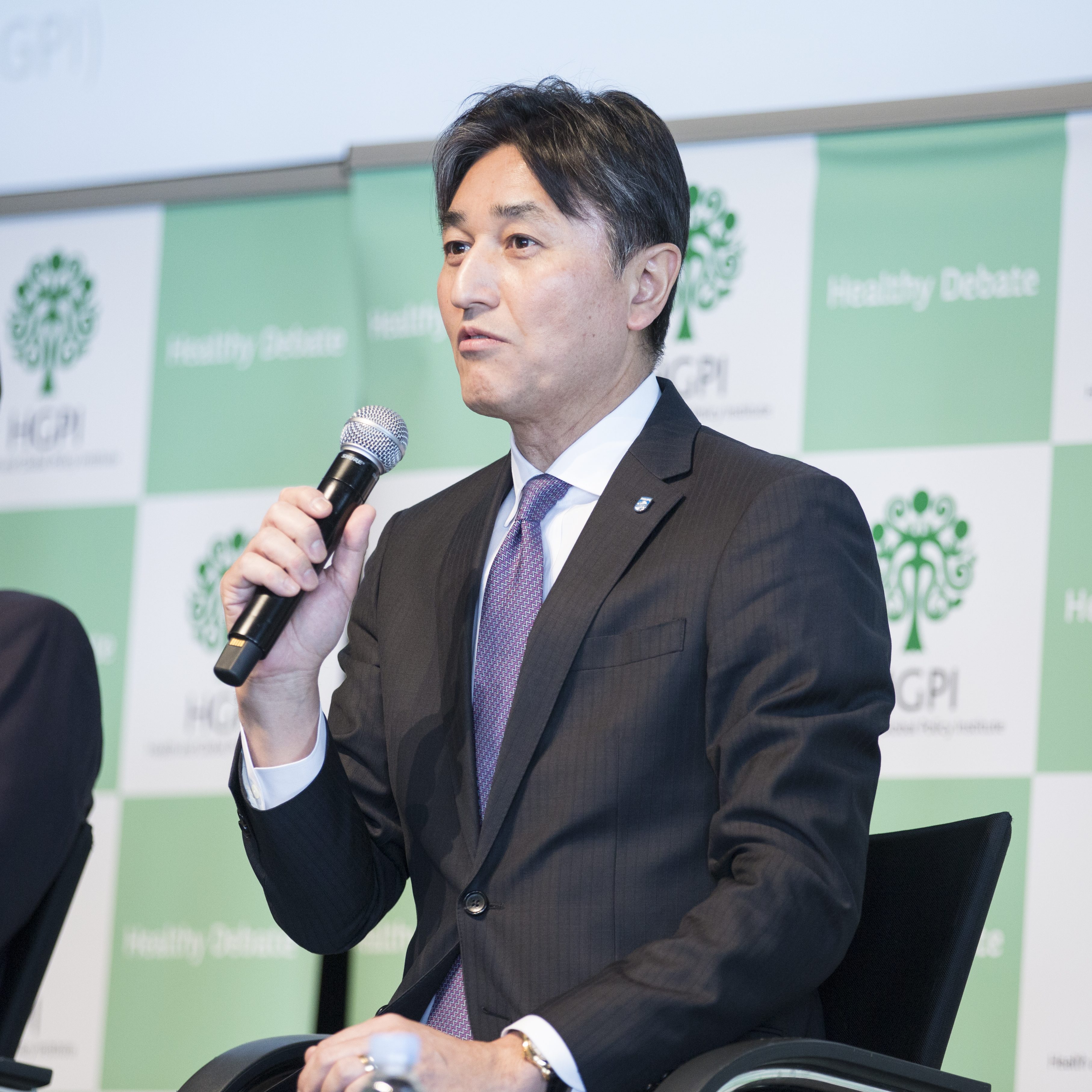 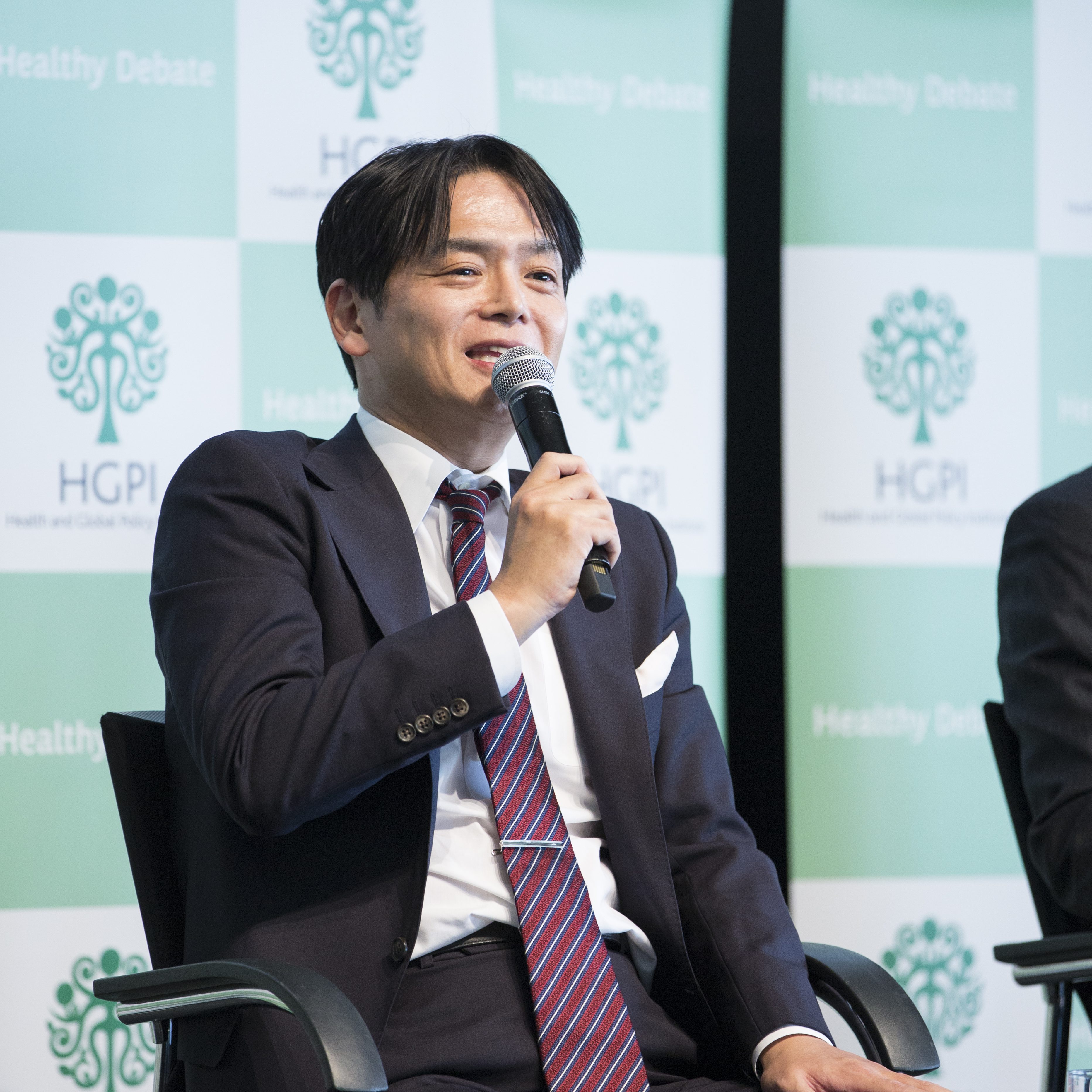 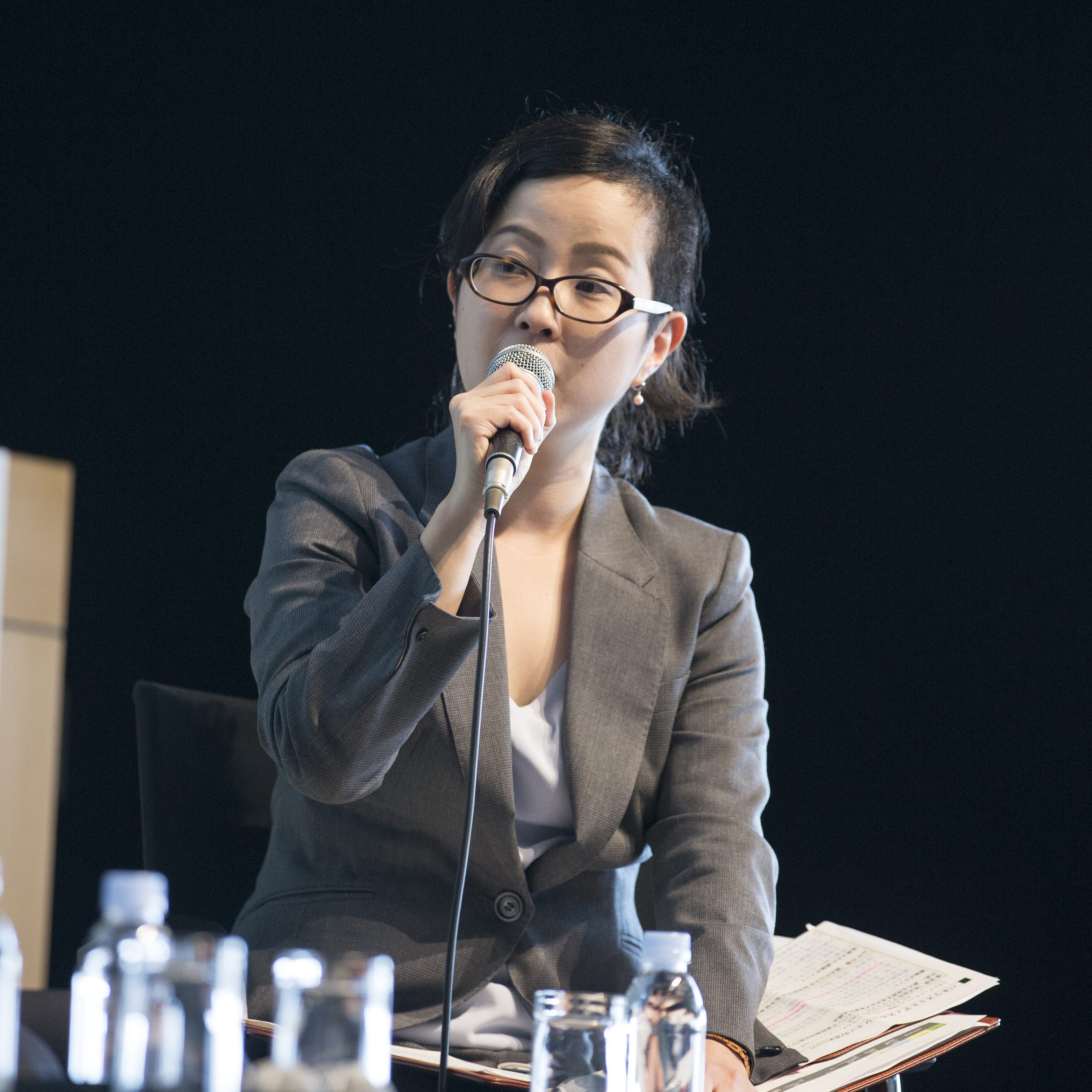 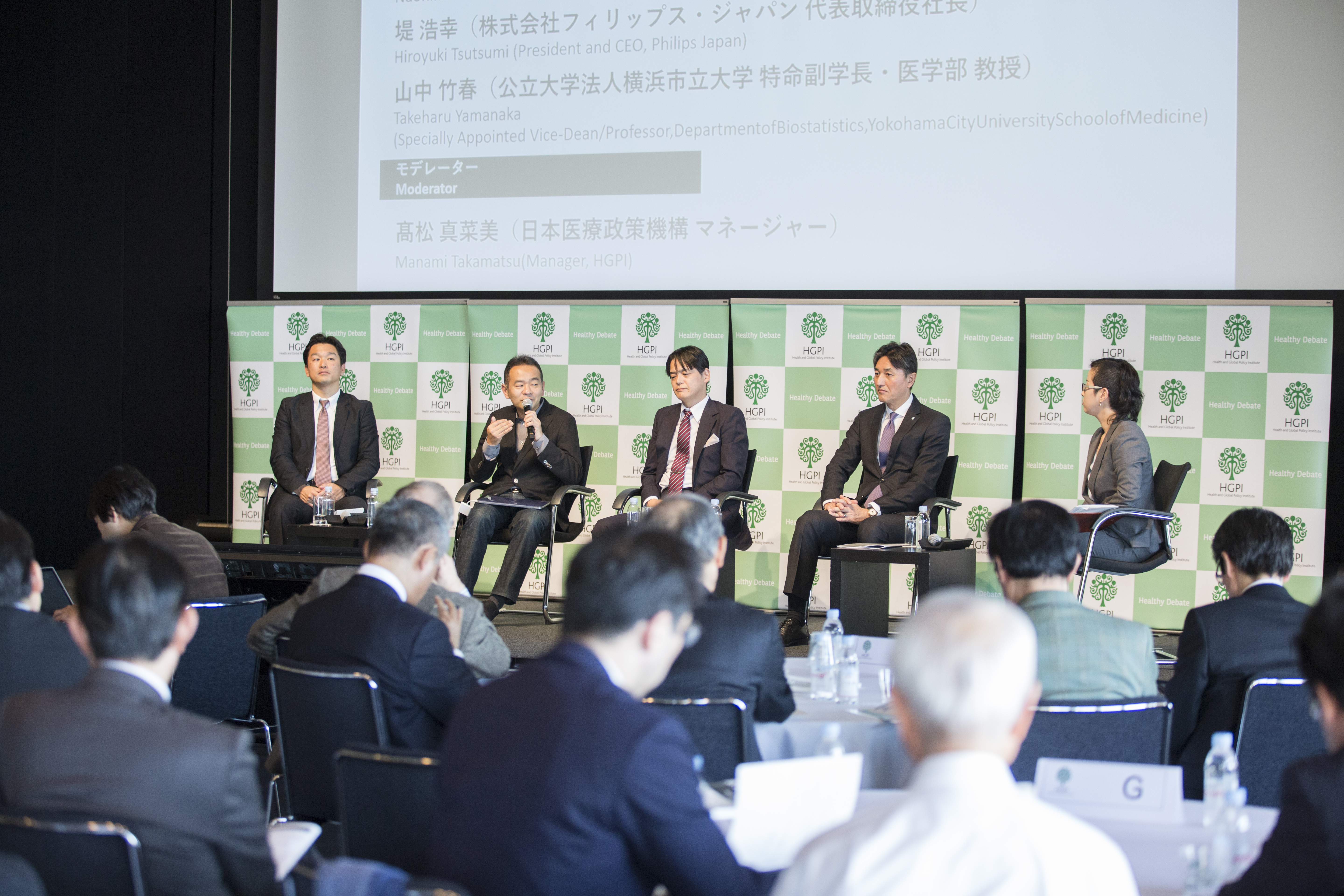 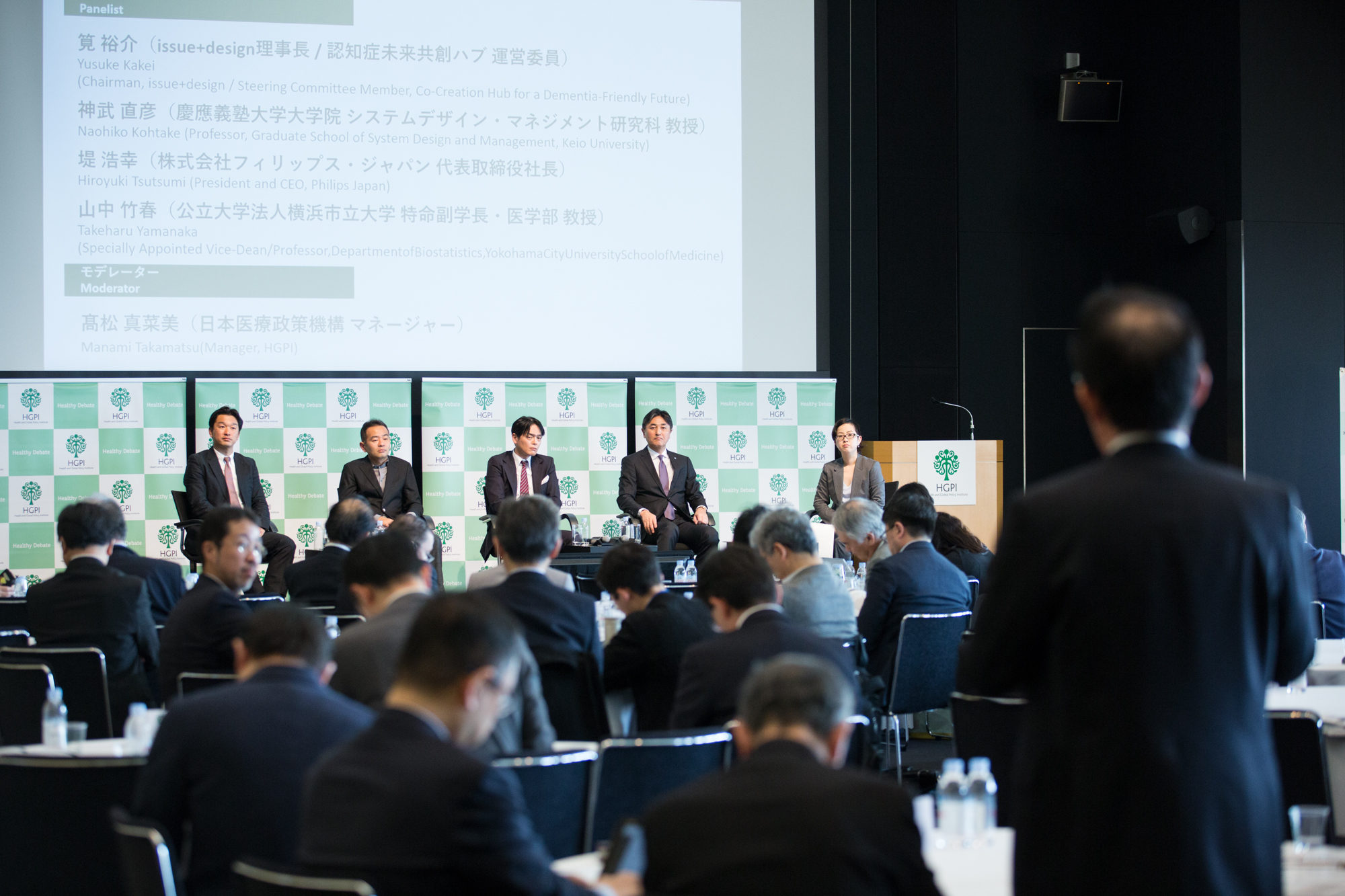 Session 3: Setting a Vision for Social Security Towards 2040
With a decreasing birthrate and aging public, Japan’s population is decreasing at a rate seen nowhere else in the world. According to a May 2018 finding by the Council on Economic and Fiscal Policy (CEFP), the cost of social security is projected to increase from 121.3 trillion yen in 2018 to 190 trillion yen in 2040, when the number of people aged 65 and older will peak at approximately 40 million people.
In response, the Ministry of Health, Labour and Welfare has begun concrete discussions on this subject, starting with the first headquarter meeting for social security and work style reforms for the year 2040 that was held in October 2018. In the future, how can Japan optimize the use of its limited resources and how can it increase productivity? What specific policies should be enacted? With a focus on the ideal situation for 2040, we deepened discussions on what policies must be created. 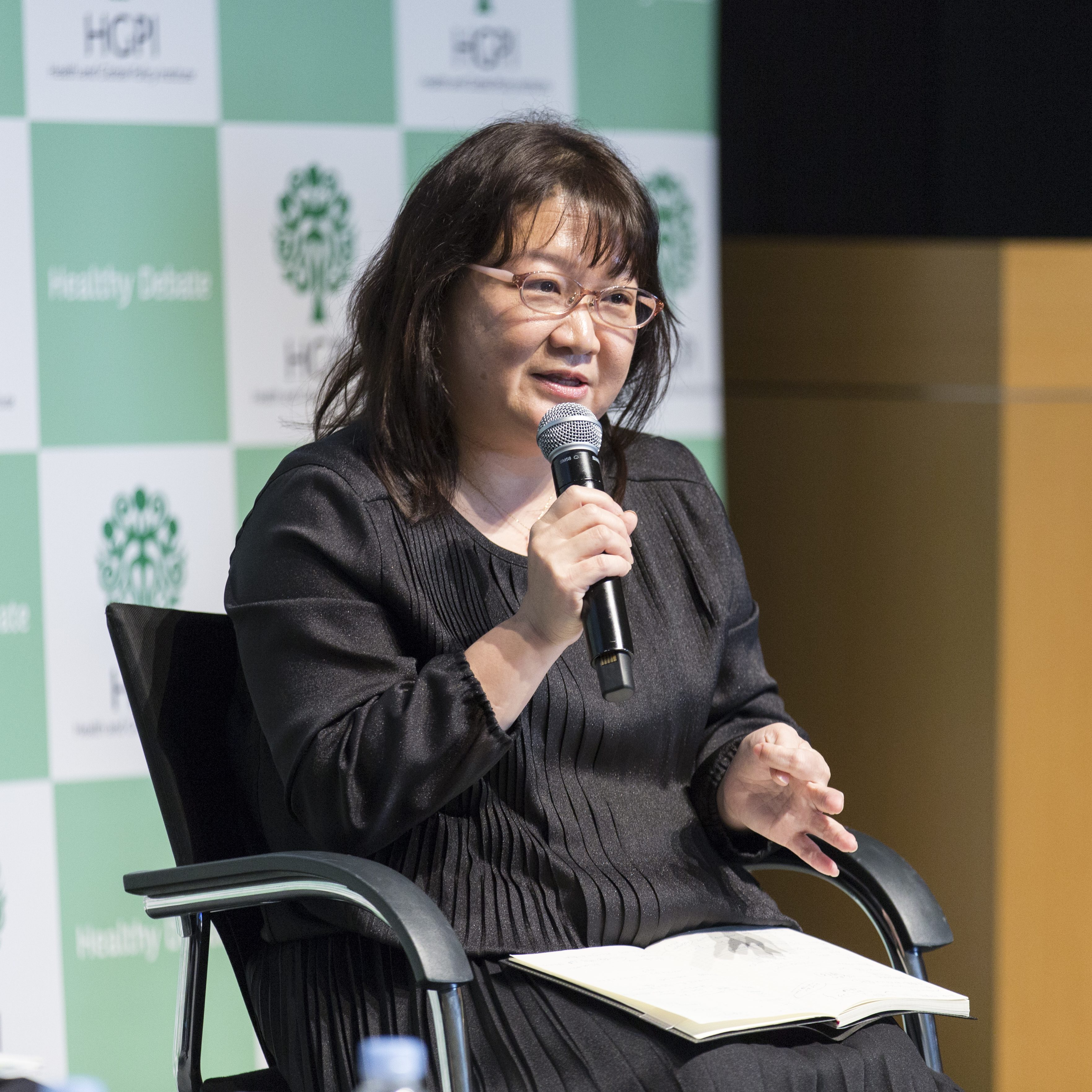 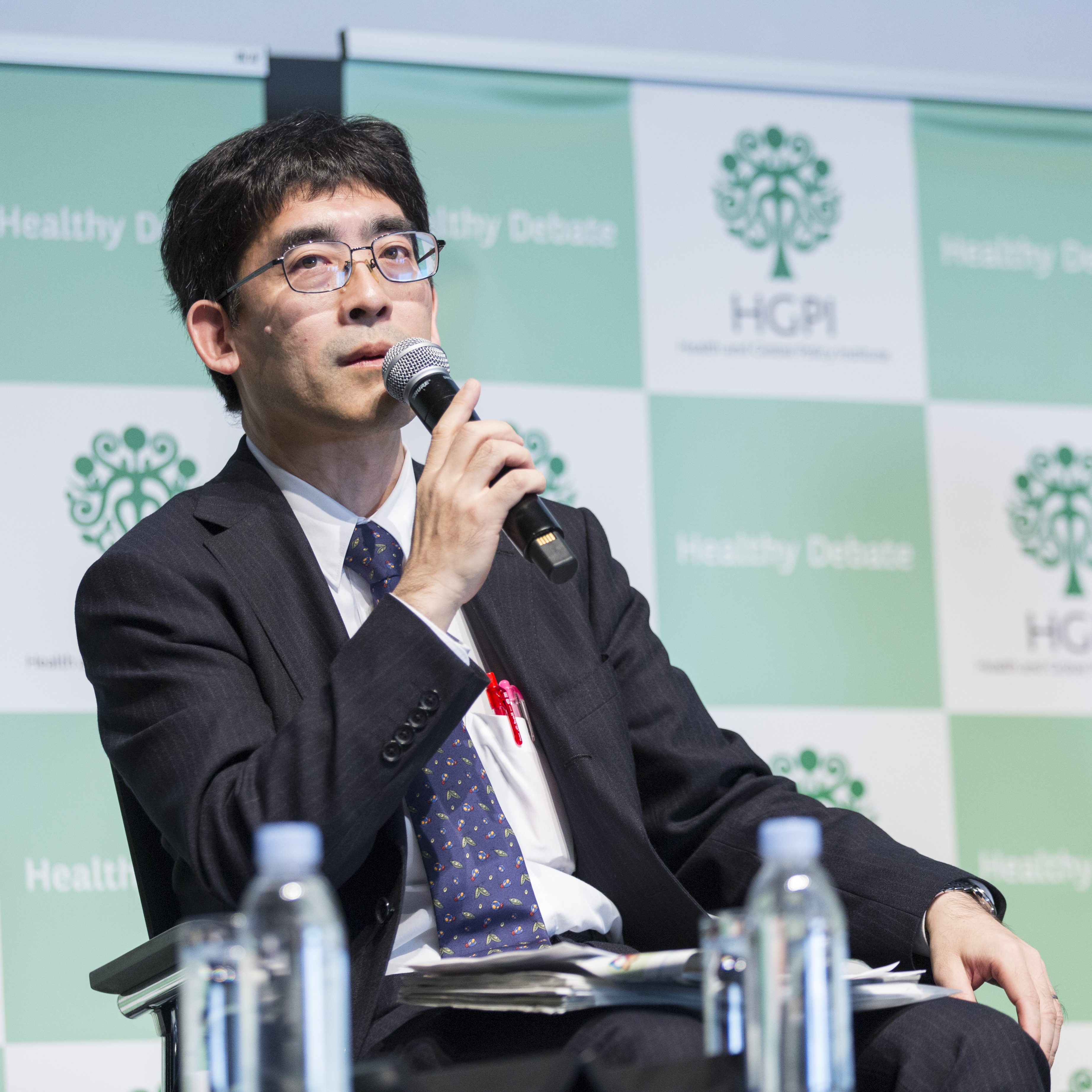 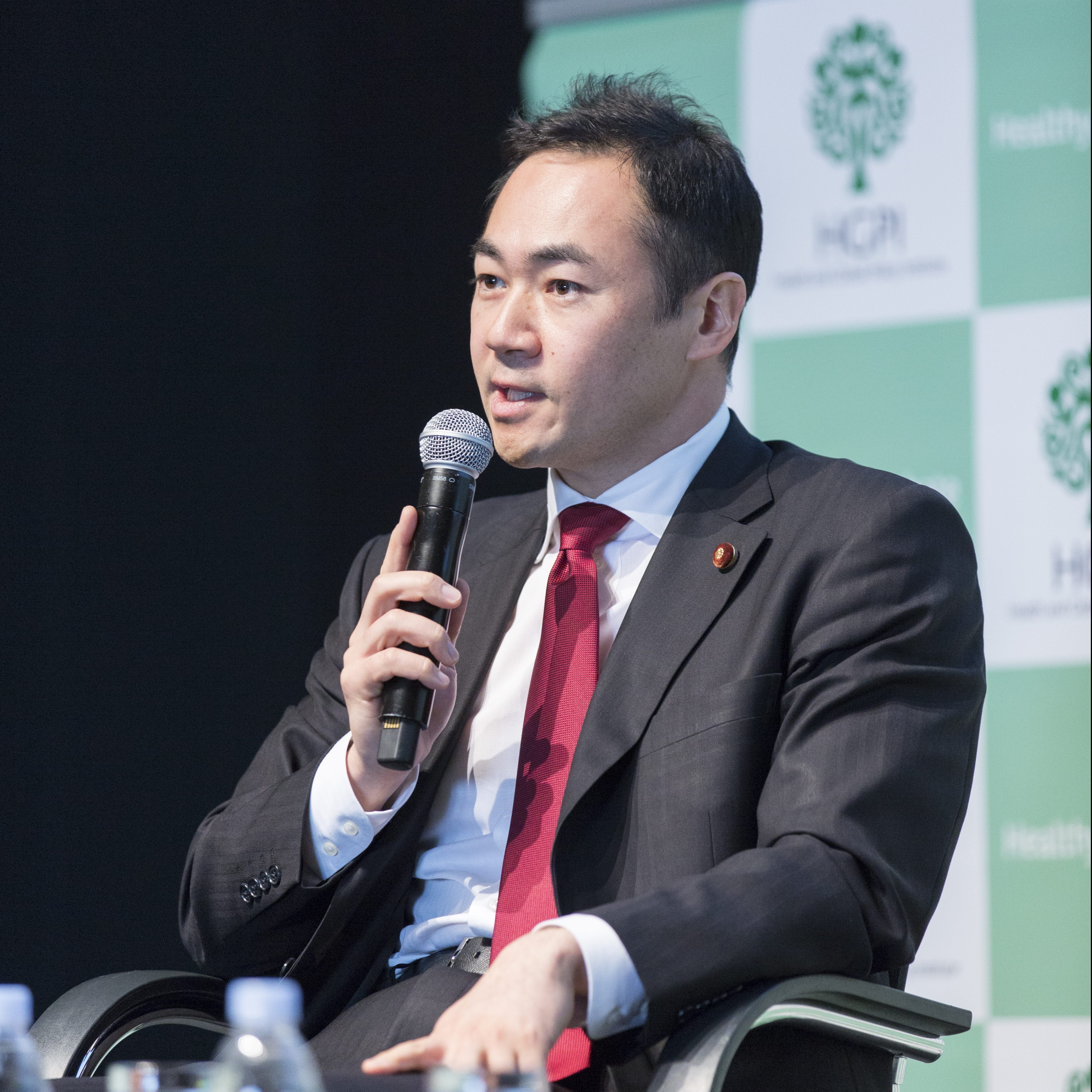 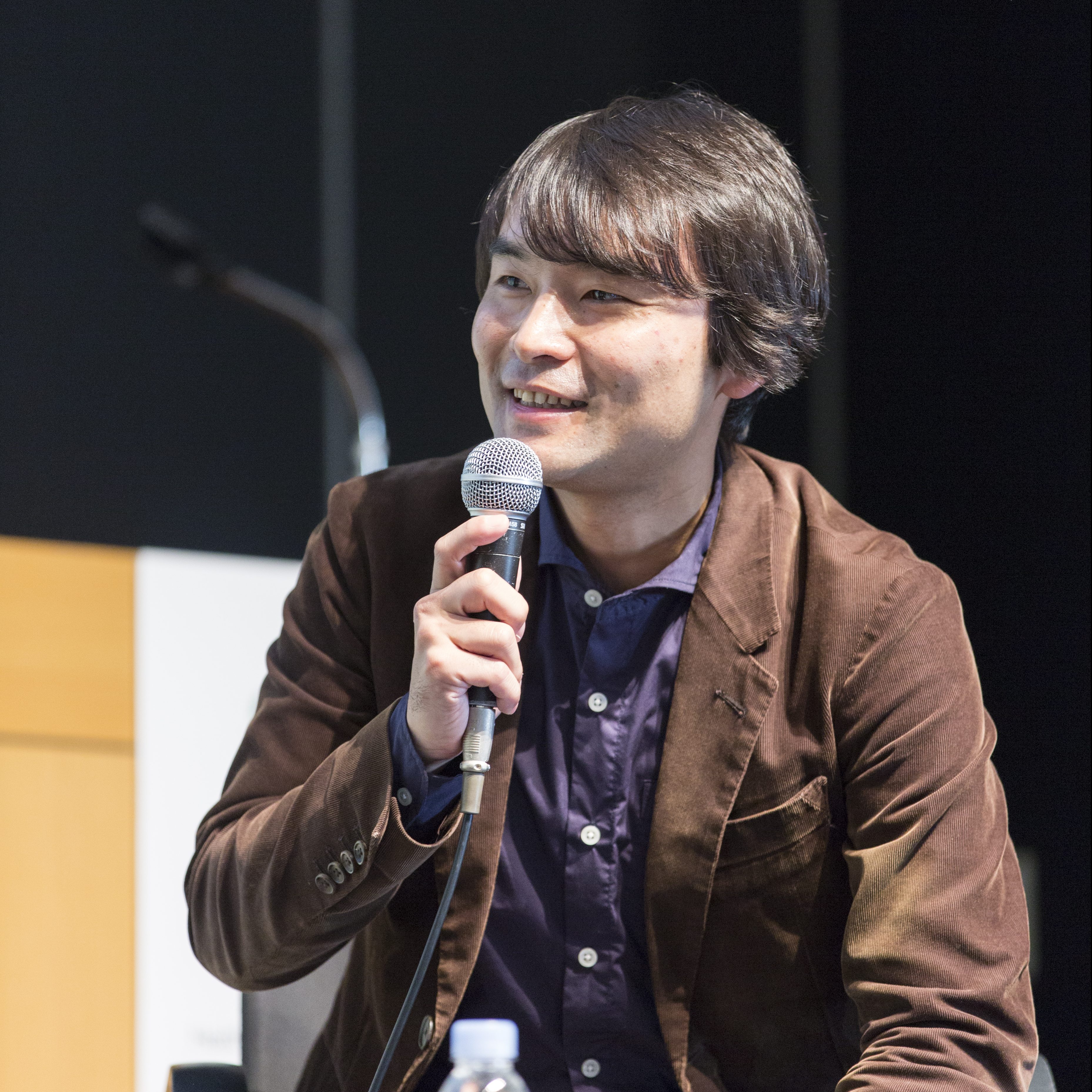 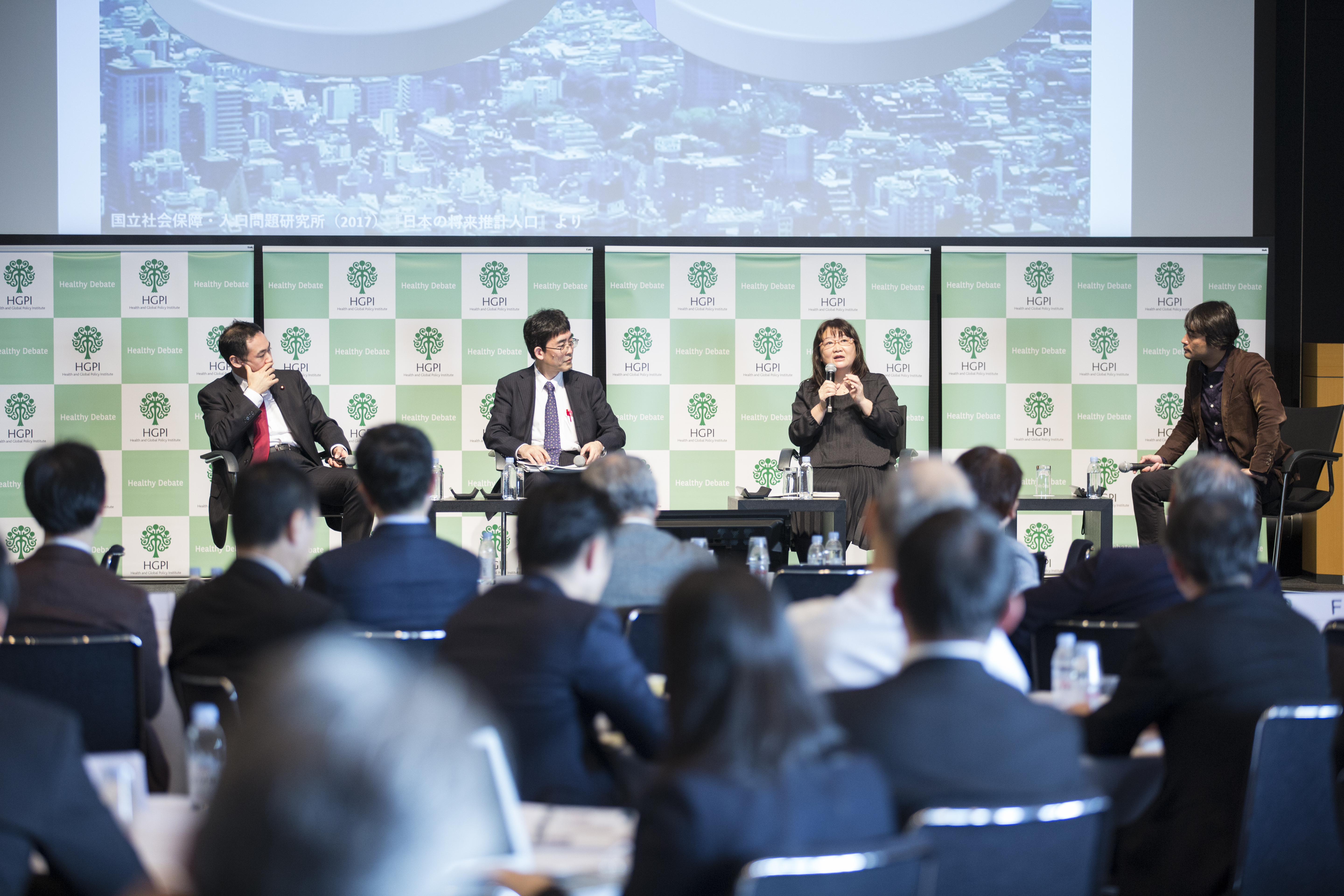 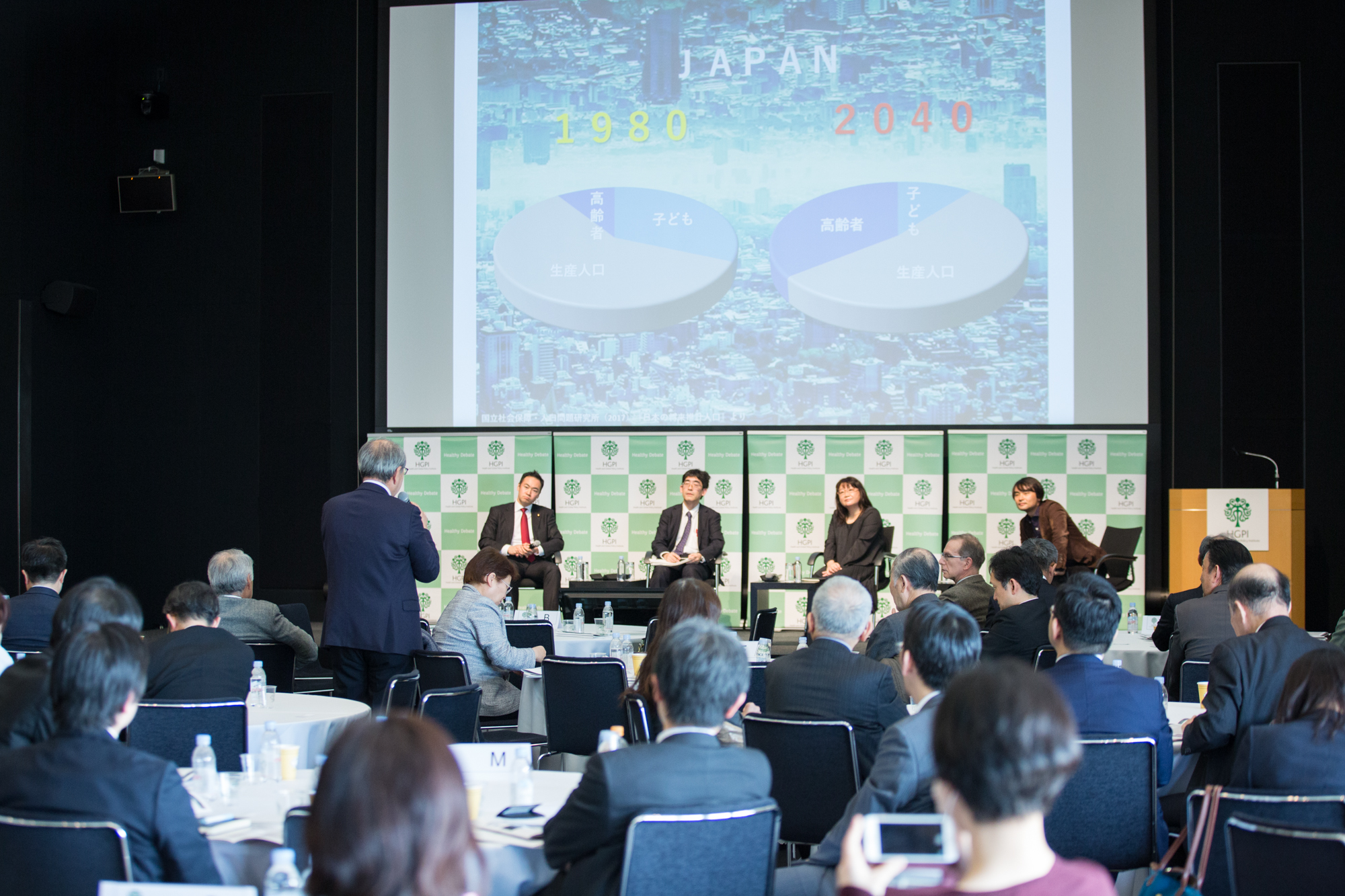 Closing remarks
Dr. Kiyoshi Kurokawa, Chairman of HGPI, showed gratitude to all participants and presented the future vision of the world. 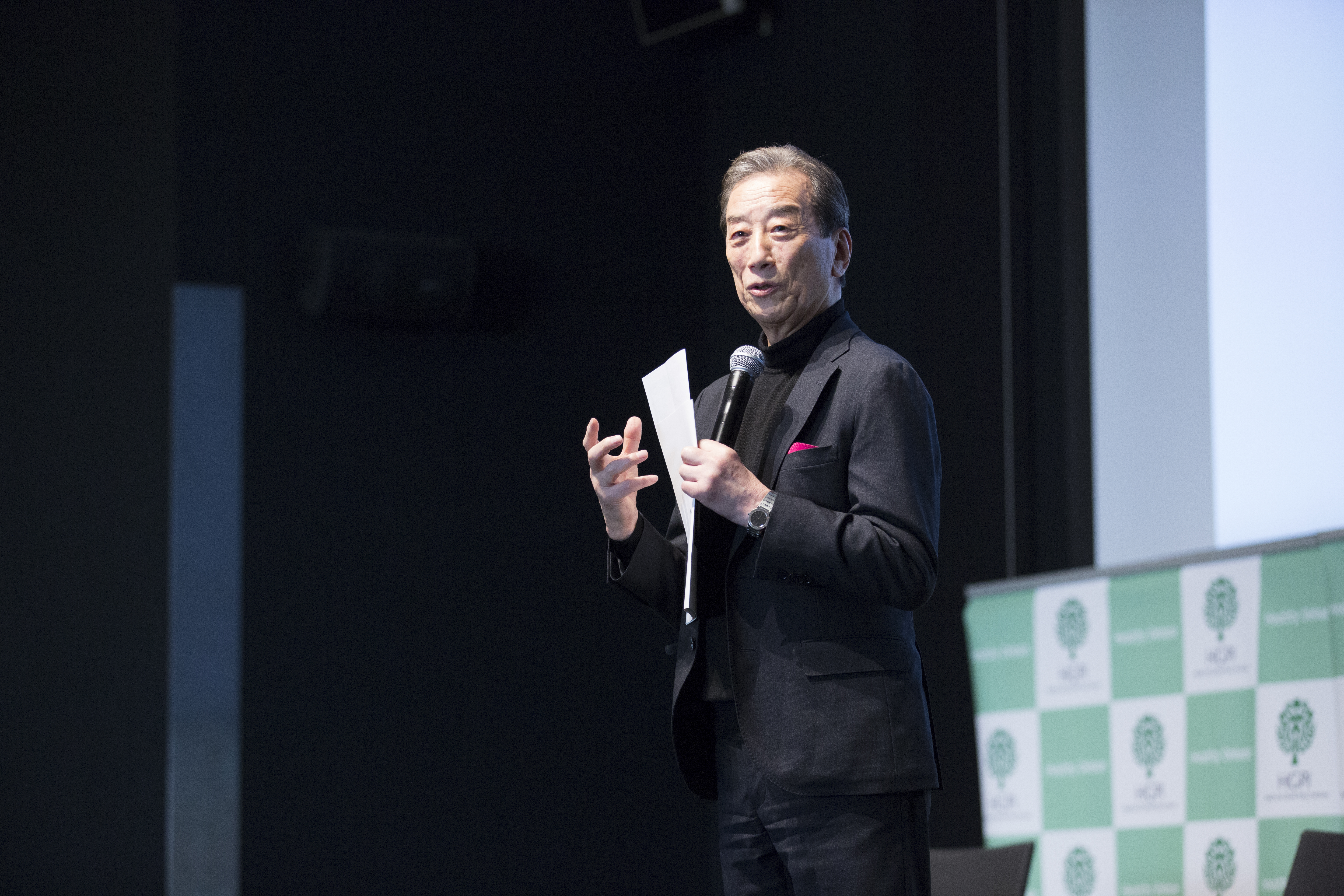