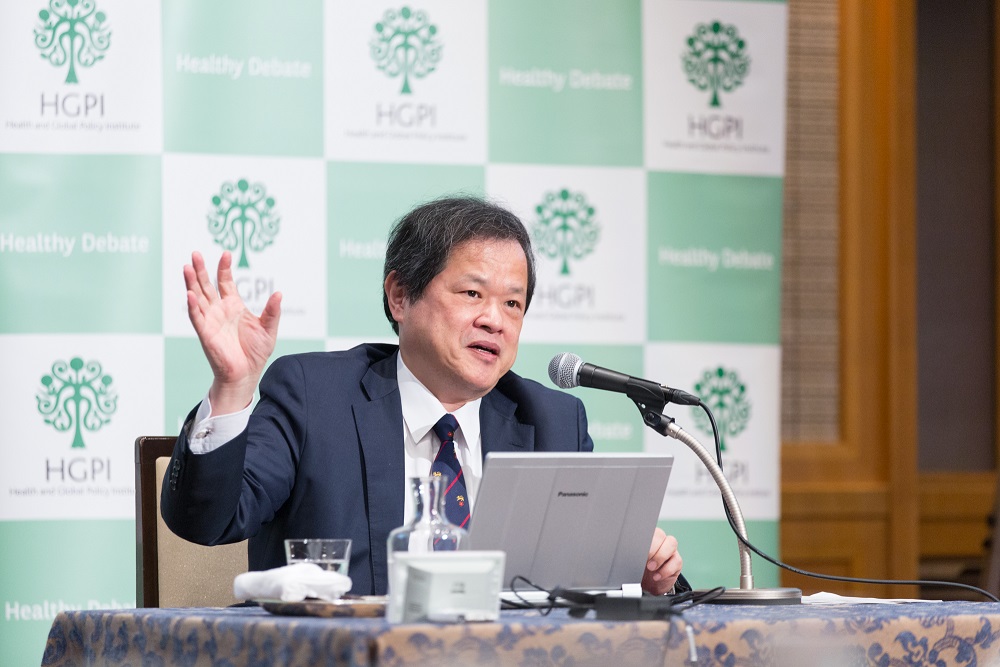 At the 44th Special Breakfast Meeting, President of the Japan Agency for Medical Research and Development (AMED) Dr. Makoto Suematsu gave a lecture on the theme “Working towards medical research and development that overcomes the demographic shift facing the world.” In light of the fact that Japan will face the issue of population aging ahead of the rest of the world, Dr. Suematsu discussed the future of medical research and development in Japan. He shared a vision for effectively utilizing data on the individual level with a particular focus on dynamic consent and problems facing that effort.


■Lecture summary
What the world needs from AMED and from Japan, a super-aging society with a declining birth rate
In 2060, over 40% of the population in almost every region around the world is projected to be age 65 and over. Excluding rare cases like China’s one-child policy, it is considered more or less impossible to alter the structure of a population through policy.
In Japan, the proportion of the population age 50 and over has increased rapidly since the latter half of the 1970s. The birth rate has declined and the population has aged. Few people understand that in 20 years, the situation will be even more drastic: the aging of society will advance and the birth rate will continue to decline, and what is currently called the “super-aging society with a declining birth rate” will worsen to become the “ultra-super-aging society.” In addition, few understand that no country has ever experienced an ultra-super-aging society with a declining birth rate.
We need to examine how medical research and development must change to meet the needs of the era of the ultra-super-aging, low-birth rate society. Starting from the basic research stage, it takes at least ten years of research and development to bring drugs and medical devices to market. To use a sports analogy, medical research and development is like a long footrace, but its process is less of a marathon and more of a relay. In a relay race, there are various specialists, such as for uphill roads or for straight roads. Each party must cooperate throughout the race. Medical research and development is exactly the same not only for the fact that it involves specialists in every field but that it also requires all sectors to cooperate and act in a cohesive manner.
However, in past medical research and development in Japan, there were times when each sector grew confrontational and uncooperative. This prevented research and development from advancing. I believe that AMED was established in hopes that it could eliminate this Balkanization and drive cooperation among all sectors by concentrating the budgets possessed by every related Ministry, providing integrated research support and facilities, and implementing a seamless research pipeline from basic research to release. In order to meet these expectations, we have linked the Integrated Project for Responding to Disease Domains and the Cross-sectional Integration Project (which targets the key domains in all diseases) to create guidelines for effective action with limited resources.
*Balkanization: A term from the field of geopolitics that describes the fragmentation of a region or state into smaller regions or states that are in opposition to one another. It is named after the Balkan region of the Ottoman Empire, which split into smaller, independent states following the collapse of the Ottoman Empire after World War I. It is also used in other fields to describe the situation that arises when smaller groups form within a sector. For reference, please see its definition at https://www.britannica.com/topic/Balkanization.

AMED’s past efforts to integrate unconnected parties and enable wider cooperation
One of AMED’s founding beliefs is that the field of medical research and development needs a system for integrating unconnected parties and enabling wider cooperation. Clinical research in Japan is mostly conducted independently at small- and medium-scale hospitals, unlike Korea or China where clinical research is done at large-scale hospitals with over 3000 beds. This makes it difficult for findings from Japan to gain recognition at the global level. To overcome this, the answer is not to collect data from every research and medical institution and other such institutions at a central location. Rather, we must pursue integration and wider cooperation that enables the effective use of data while retaining the data at each location. We must create a wide-reaching system that connects each research and medical institution and standardizes data formats to promote research and development. In the future, we would like to utilize blockchain technology to build a framework that enables users to see which data is possessed by each sector and to notify all parties of data changes.
One example in this effort is the Japan Excellence of Diagnostic Imaging (JEDI) project for developing an AI for diagnostic imaging. This project is administered by the National Institute of Informatics (NII) and is a coordinated joint development effort involving the Japanese Society of Pathology, the Japan Gastroenterological Endoscopy Society, the Japan Radiological Society, the Japanese Ophthalmological Society, the Japanese Dermatological Association, and the Japan Society of Ultrasonics in Medicine. Trials for its public implementation are already underway. The Japanese Society of Pathology has developed an AI for gathering and analyzing images related to gastric biopsies. Also, it is also currently undergoing a trial in  Fukushima, where it is being used to double-check pathological diagnoses.
AMED is also moving forward in the Initiative on Rare and Undiagnosed Diseases (IRUD), which aims to help people and families who are on never-ending diagnostic odysseys. A diagnostic odyssey is when a person seeking treatment cannot obtain an accurate diagnosis no matter which hospital they visit and ends up being referred to one hospital after the next. This project aims to gather data on genetic information, phenotypes, and other such information from people that received treatment at medical institutions all over Japan to match people by common points to indicate accurate diagnostic results. No database in Japan held such data, so this initiative had to first construct the IRUD Exchange database. In five years, data was collected not only from designated care hospitals such as national centers but also from small- and medium-scale hospitals. It is safe to say that this initiative successfully achieved its goal concerning data accumulation.
In the pursuit of solving undiagnosed diseases, we have also built data-sharing frameworks that extend beyond the borders of Japan. We formed a data-sharing agreement with National Institute of Health (NIH) hospitals in the U.S. and, for the first time in Asia, AMED began participating in the international case comparison platform called Matchmaker Exchange.

Future developments – Working towards a system of data sharing that researchers and research participants will feel the significance of
On May 15, 2019, a bill related to the NDB (the information database for medical claims data, specific health examinations, etc.) and the Kaigo DB (the long-term care insurance database) called the Partial Revision of the National Insurance Act, etc. for the Appropriate Use and Efficient Operation of the Medical Insurance System was enacted. This bill made it legal to couple these databases and analyze them together.
Although coupling the two databases will require us to conduct many maintenance operations on identifiers to protect the private information of people in the databases and to link the data for each person, we believe the effective use of the combined database will greatly contribute to policy and medical research and development in the future.
While data analysis is being conducted on the combined database, the three following actions are necessary to promote research and development:
1. Examine daily activity levels, nursing care levels, and dementia outcome assessments to develop healthy life-year indicators.
2. Conduct a coordinated analysis on healthcare and nursing results.
3. Grasp the total cost of healthcare and nursing using cost analysis.

To enable even more effective use of data in the future, we must review the framework of informed consent as a method for providing research participants and citizens with explanations on information provision and how to best indicate their consent. In Japan, various types of information about a person from birth to adulthood are possessed by different sectors. It is a problem that there is no central system for overseeing the use or acquisition of information concerning health throughout a person’s life.
A new practice called dynamic consent that is being pursued in the U.S. and Europe is drawing attention as a tool for overcoming these issues. Dynamic consent is a framework in which consent to the use of one’s personal data in clinical research can be changed or withdrawn in real-time using personal information terminals. When research uses static consent, the participant is only provided with two choices: to give consent or to deny it. In such a framework, consent is constant once it is given. Dynamic consent involves active and bilateral communication. Research participants can change the status of their consent in real-time according to changes in their own situations, which is why it is called “dynamic.” There are various conditions that must be considered when deciding whether or not to implement dynamic consent. While referring to dynamic consent and similar practices, we must continue discussions on frameworks for information provision from research participants and methods of obtaining consent. 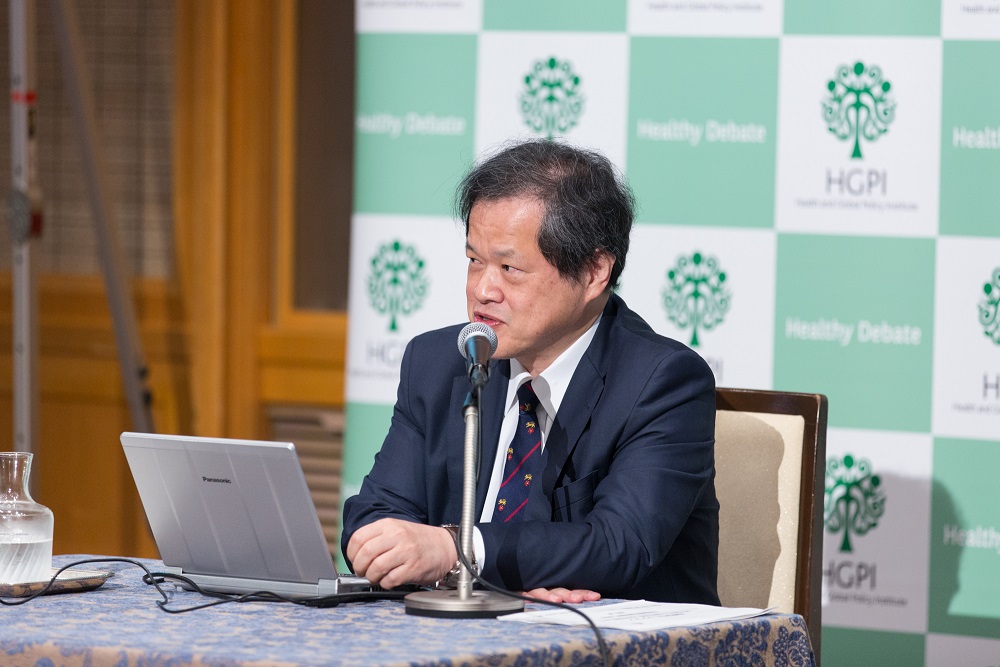 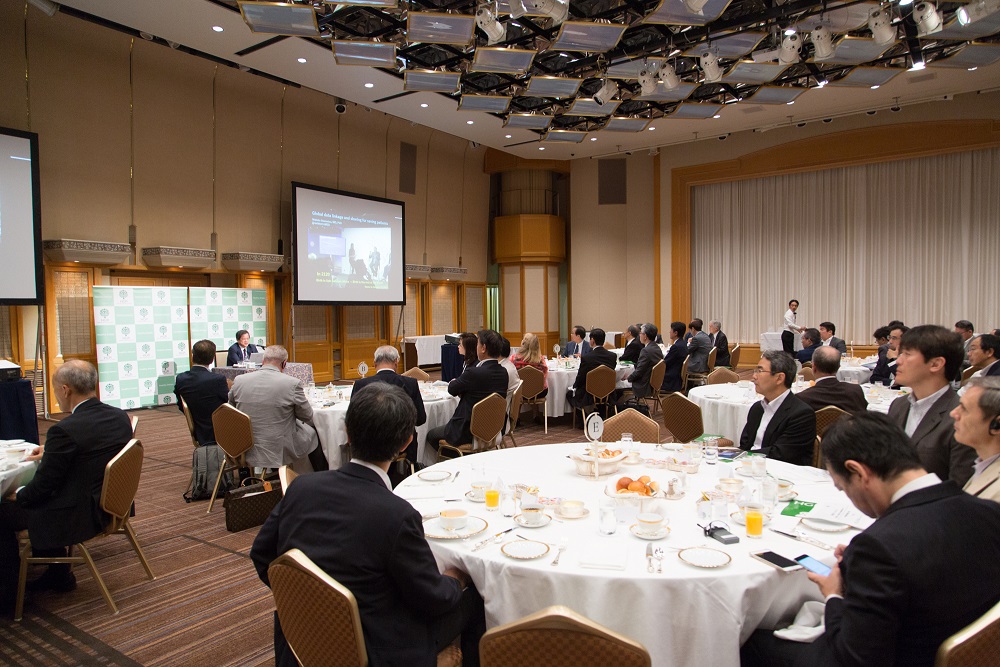