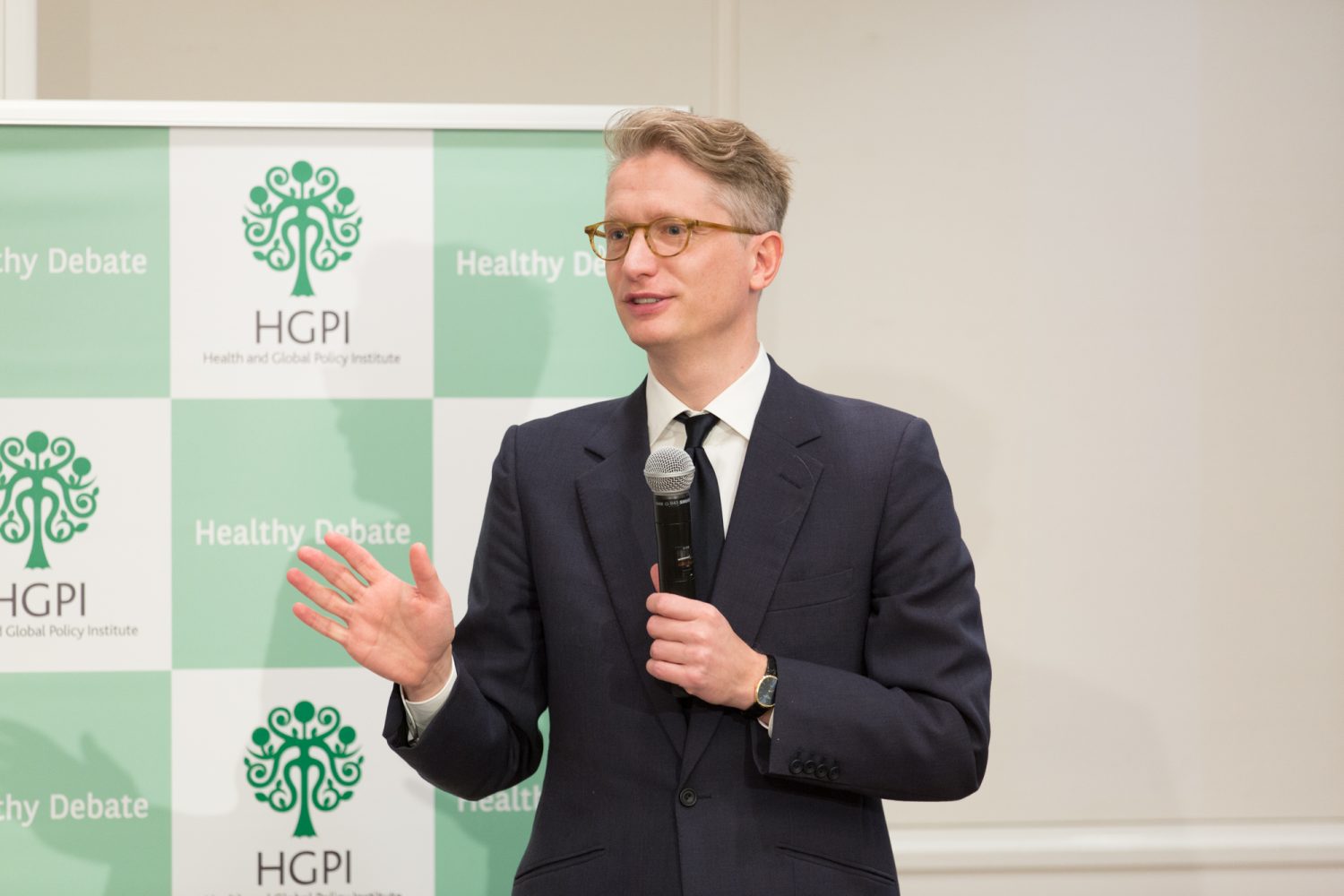 HGPI hosted Christian Madsbjerg, author as well as founder and partner of ReD Associates, a consulting firm that employs many social scientists that has received worldwide attention. He is the author of 2017’s “Sensemaking: The Power of the Humanities in the Age of the Algorithm.”

■ The usefulness of the humanities
In recent years, there has been a trend in the United States and in many European countries to de-emphasize the humanities (literature, history, philosophy, art, etc.) in favor of computer science, economics, business administration, and engineering. However, history and anthropology enables us to grasp context. Markets and consumer behavior are difficult to understand without context, and context is crucial when formulating strategies and policies.
When analyzing markets, there is often a tendency to assume people think “We are individuals,” “We know what we like and what we want,” and “We can accurately report our own behavior.” However, these assumptions are completely incorrect. In reality, our preferences and decisions are greatly affected by the people around us and our surroundings. As such, it is impossible to achieve an accurate understanding of context by only examining people through survey research and similar methods that ignore context. Humanities is the key to understanding context.

■ Thin data and thick data
Decisions made only through information obtained through big data analysis are, in fact, limited. By using thick data obtained through humanities, one can understand the daily lives of others.
For example, examining the situation portrayed by a single picture of a man and a car, big data can tell us various facts: the location, the distance driven, the speed, and how many times the car stopped. In the future, it will probably become possible to also measure the body temperature of the person in the picture. However, by actually talking to him we can learn things that could not be determined using big data. This is thick data, and it is generated using the humanities. For example, we might learn that he is headed to Lizard Head Pass to get back to nature, and he is in the process of removing a large tree that is blocking his way. We might learn that doing so makes him feel that he is contributing to the local community and that he is enjoying the surrounding environment.
In the world of healthcare as well, we must first understand the context behind the daily lives of those receiving care. We must step into their world if we are to understand their daily lives.

■ The perspectives of people receiving care
One high-end Swedish-made dialysis machine had thirty-two types of alarms. However, when we visited the dialysis room, we learned that the staff working there did not understand the machine very well. They were unable to distinguish the thirty-two alarm types and were only using its simplest functions. To operate $200,000 dialysis machines, they were using $2 kitchen timers. Similar examples of equipment loaded with excessive technology designed without thinking of the people who will actually be using it can be found no matter the country or the level of funding.
To give another example, many salespeople from pharmaceutical companies use medical data to describe insulin’s action mechanisms when making sure people with diabetes do not forget to inject their daily insulin doses. However, the people actually using insulin think in concrete terms such as, “I have to inject my insulin after I take my morning shower.” It is more effective to describe insulin usage in terms that correspond to the rhythm of their everyday lives.
By adopting the viewpoints of those receiving healthcare in this manner, we can find many similar examples throughout society of equipment loaded with unnecessary functions or examples of changes in priority made to fit the needs of people receiving healthcare.

■ The erroneous assumptions of statistical data
The Danish toy company Lego once saw their sales falling off. Its in-house statisticians and economists then reached such conclusions as “Children have short attention spans and many have ADHD,” or “Children prefer uncomplicated toys that can be played with immediately.” Lego developed its products based on these conclusions. However, we visited children in person and spent time with them. When asked about his most treasured possession, one boy showed us the shoes he wore when he rode his skateboard. Looking at the worn-down soles of his shoes, we could easily tell that he spent several hours a day concentrating on practicing his skateboard. This clearly told us that the assumption that children have short attention spans was false. Thanks to such meetings, we were able to determine that 70% of the company’s product lineup at the time was not suitable for children. Lego then went on to develop new products according to our advice. They are currently one of the biggest toy makers in the world.
This is an example of contributing to a company’s success by revealing a truth that could not be discovered using statistical data by approaching the people most affected with a mental approach based on the humanities.

■ Achieving deeper insights through the humanities
We can gain deep insights by utilizing history, anthropology, and folkloristics. Managers at every level should periodically spend time with consumers. One method for fully understanding the people using healthcare institutions is by hiring people with humanities backgrounds at those institutions.

A lively exchange of opinions was held during the question and answer session following the special discussion. 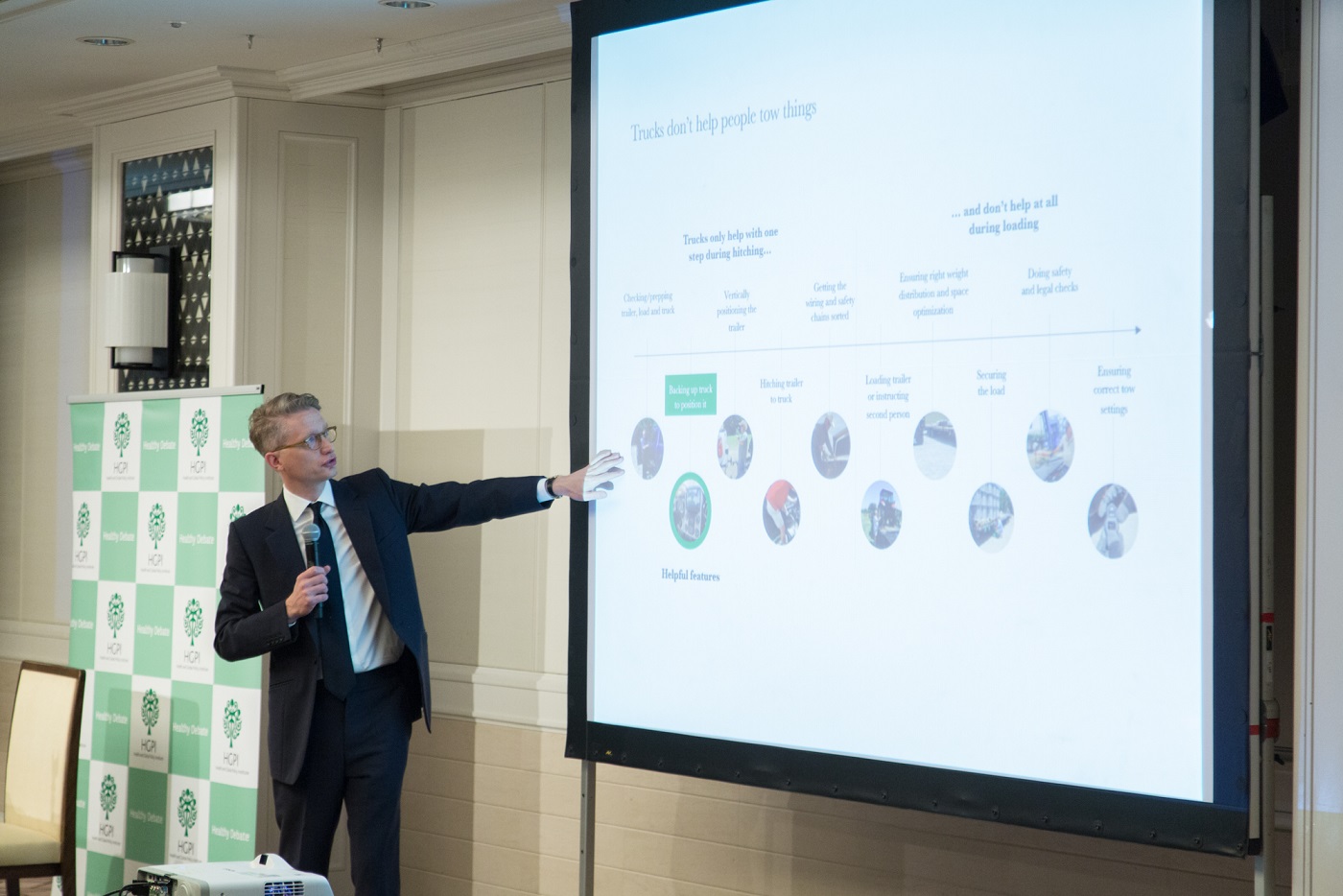 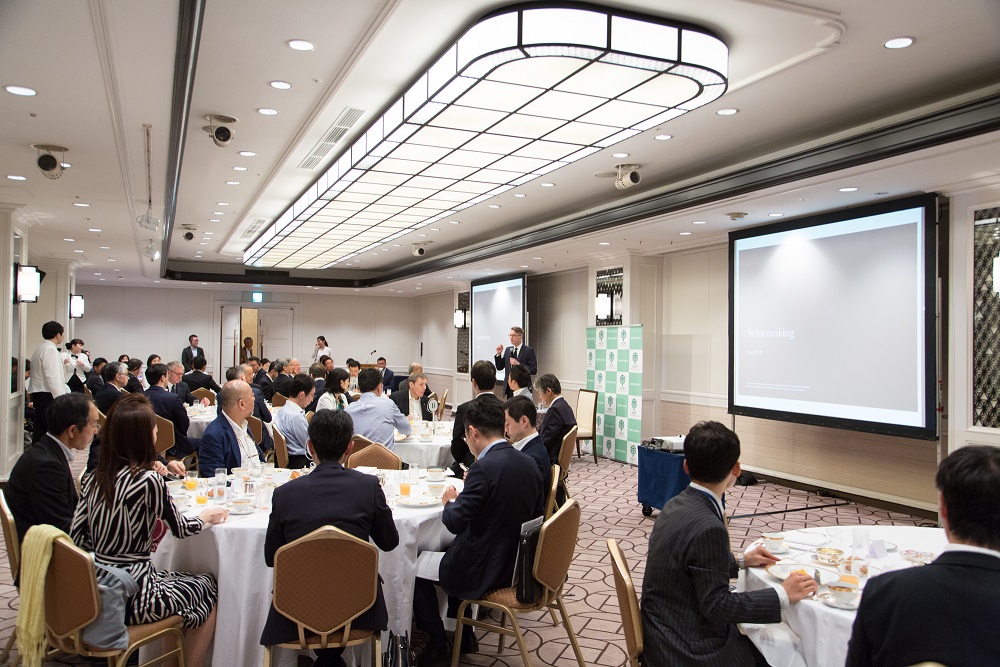 Mr. Christian Madsbjerg studied philosophy and political science in Copenhagen and London and has a master’s from the University of London. He has worked as a management consultant for twenty years, and he writes, speaks, and teaches on the practical application of the human sciences. His work has been featured in publications such as The Wall Street Journal, Financial Times, The Washington Post, Der Spiegel, and Bloomberg Businessweek. His latest book, “Sensemaking: The Power of the Humanities in the Age of the Algorithm,” was released in the spring of 2017 by Hachette Book Group. His book “The Moment of Clarity,” co-written with Mikkel Rasmussen and published in the fall of 2014, has been published in more than fifteen languages.