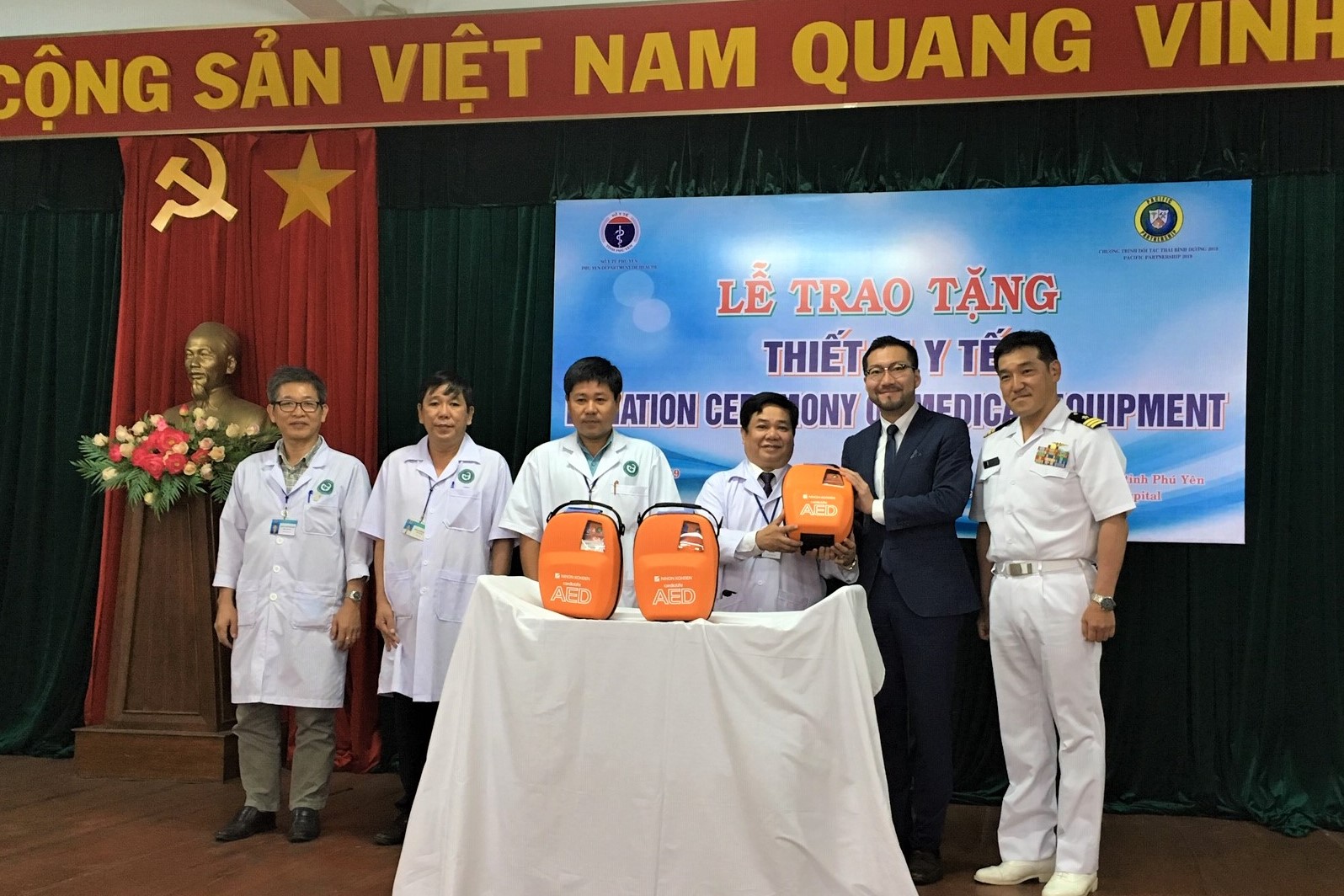 The Pacific Partnership (PP) 2019 was held in Vietnam from May 6, 2019 to May 17, 2019. HGPI CEO and Board Member Ryoji Noritake participated in the donation ceremony.

PP is an annual international disaster relief training exercise spearheaded by the U.S Navy. In addition to participation by government organizations such as the Japan Ministry of Defense (JMOD), the Japanese Self-Defense Force (JSDF), the British Army, and the Australian Army, representatives from civil society and NGOs also participate in the eventtake part.

At PP2019, HGPI donated Automated External Defibrillators (AEDs) to Phu Yen General Hospital which Mr. Noritake presented at a donation ceremony held there on May 9. There, he directly presented the AEDs and expressed his desire for cooperation between civil organizations in Japan and Phu Yen province as well as with Vietnam. 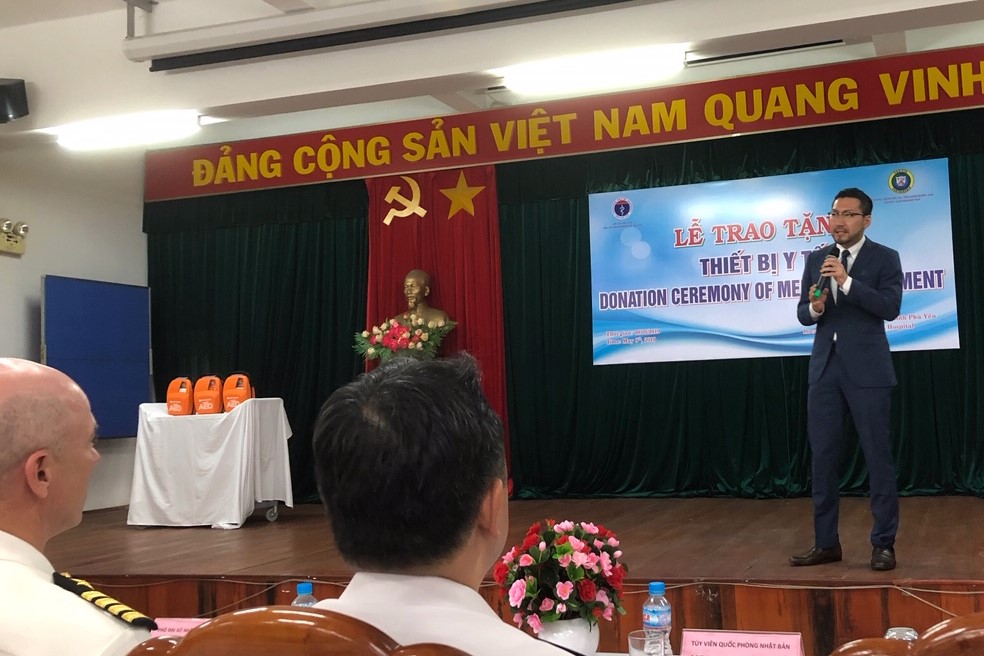 Fourteen members of Japan’s Ministry of Defense (including four medical officers and four nurses), two members of non-governmental organizations (including two emergency physicians from HGPI and International Emergency Medicine and Health Support, Japan), and eighteen representatives from the Embassy of Japan in Vietnam and deputies from the Japanese Defense Attaché participated in this event to support activities in healthcare.

The Pacific Partnership has been held since 2006. Japan first participated in 2007 and HGPI has joined every year since 2016. Each participating government, military, international organization, and NGO aims to strengthen cooperative links between participating countries and make cooperation in international disaster support activities smoother. Participation is growing every year, not only in terms of the number of countries participating, but also in activity content, healthcare activities, facility repair, and cultural exchange. Dr. Hiroki Kyo from HGPI also participated as a volunteer emergency physician.

As a phenomenon which is gaining momentum both in Japan and abroad, HGPI is working to promote PPPs within the field of global health through this and many other activities. 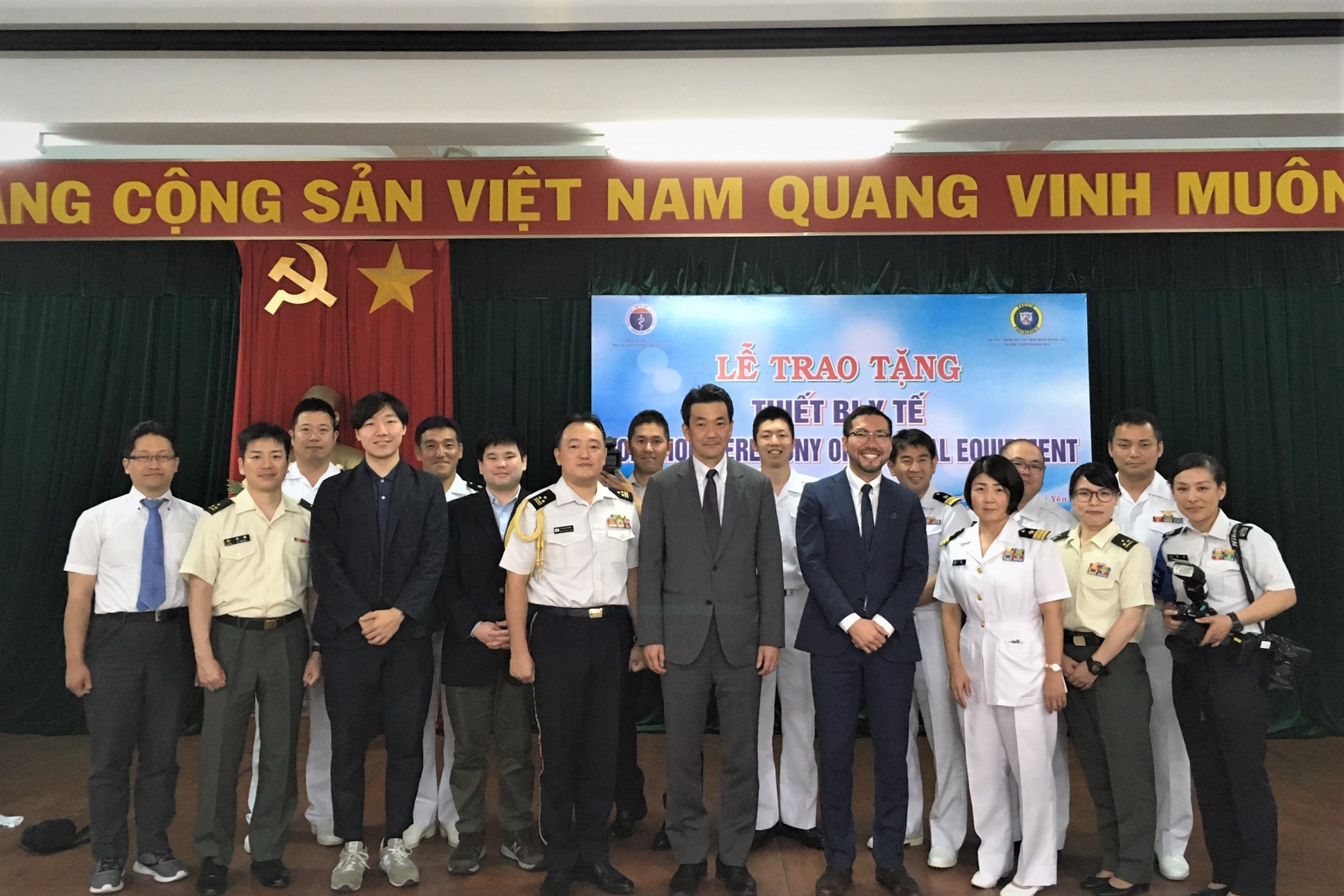 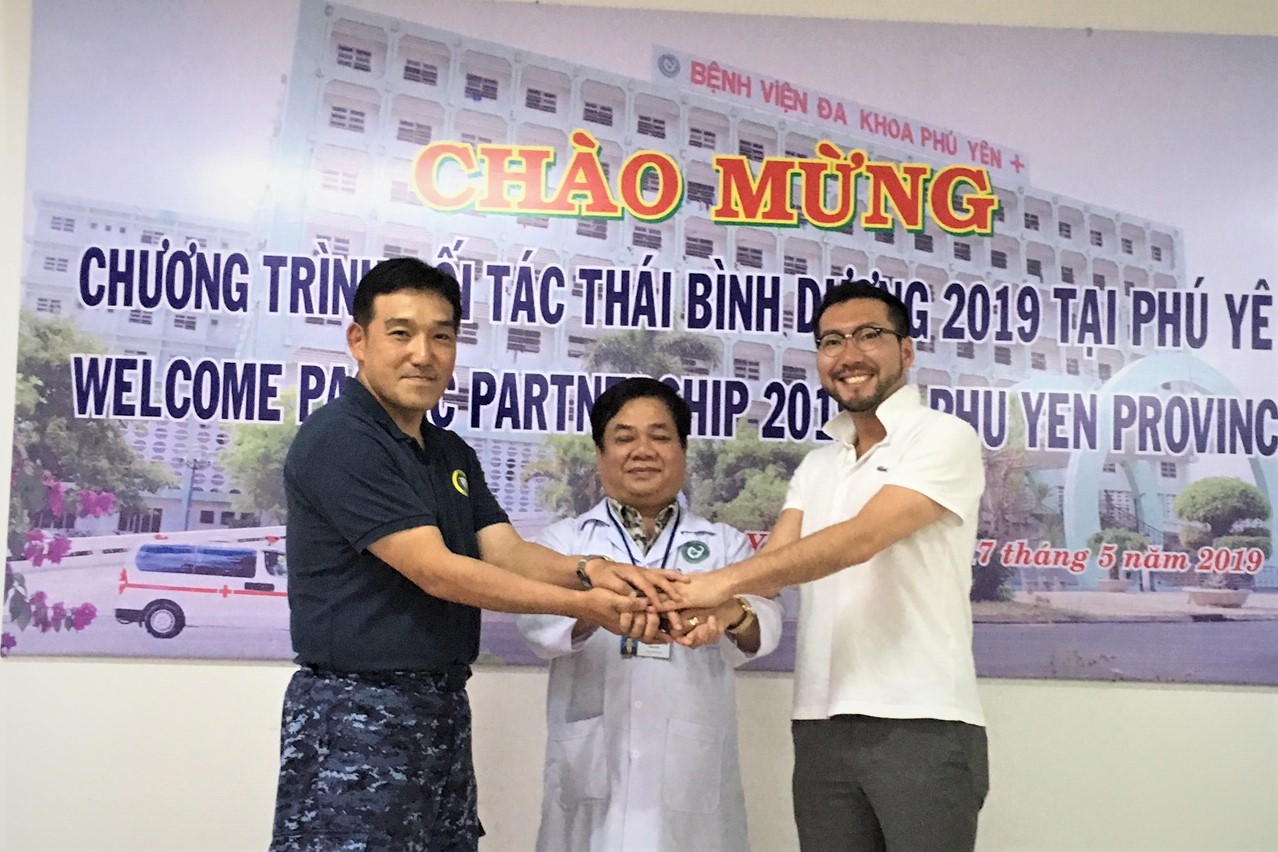