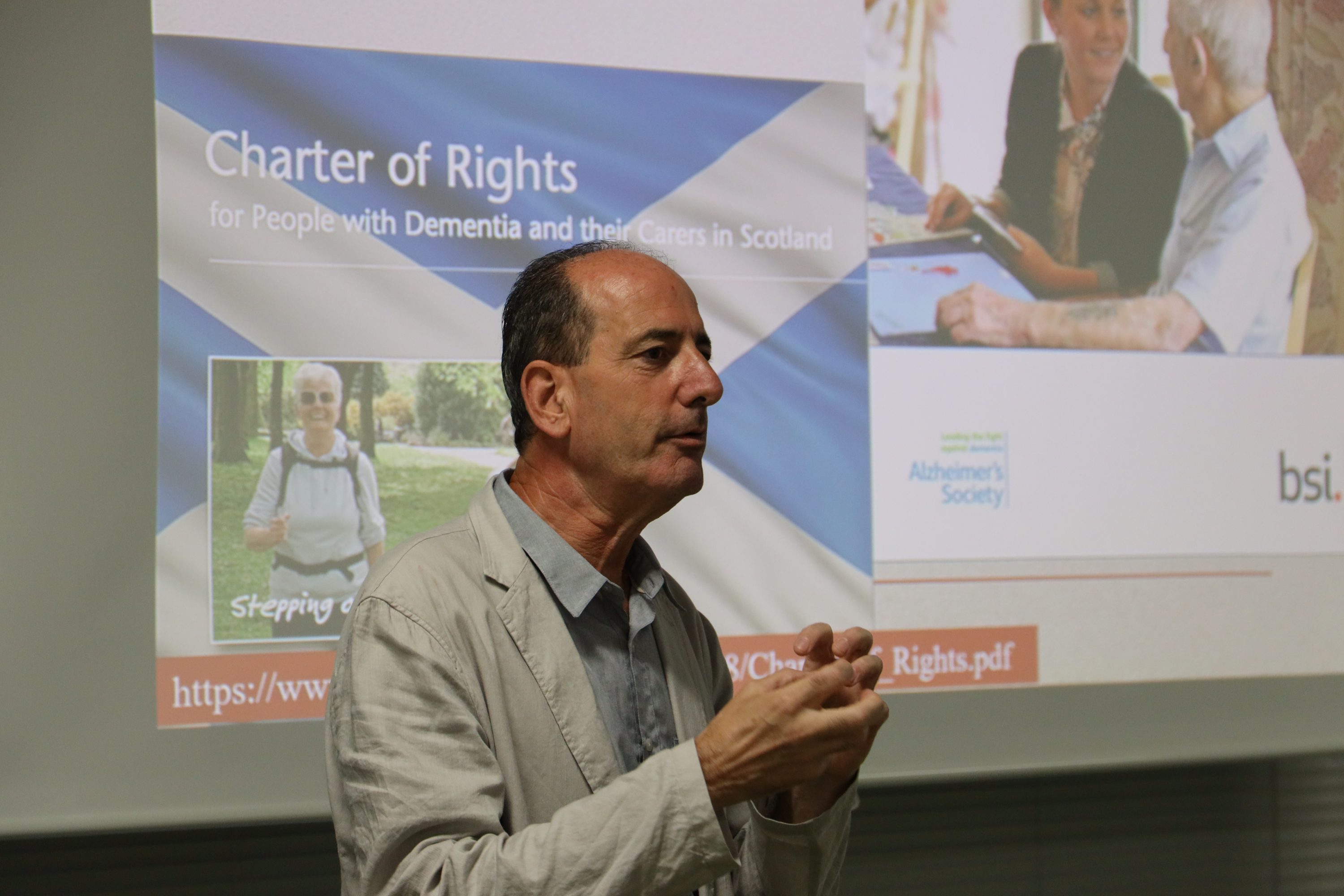 As the world’s population ages, the number of people with dementia continues to increase. Researchers and institutions around the world are working to develop fundamental treatments for Alzheimer’s disease, the most common cause of dementia. However, we have seen little progress in research and development despite these efforts. At the same time, the number of people with dementia continues to increase, and many issues such as the increasing shortage of caregivers and nursing care workers in Japan.
For this seminar, we invited Professor Mario D Garrett (Professor of Gerontology, San Diego State University) to talk about the “Care Roadmap” to 2050 for dementia including Alzheimer’s disease.


■Lecture summary
From Cure to Care
It is important to move away from the reliance on finding a cure because it is preventing us from focusing on proper care for people with dementia. The idea that dementia is caused solely by two misfolded proteins has become very common. This idea has contributed to current trends in which people are blindly striving to find a cure for dementia. However, a number of major studies have disproved that there is a direct correlation between individual biology and the expression of dementia symptoms. For this reason, Professor Garrett is strongly opposed to the current dementia guidelines. In his view, they are too narrow and therefore “designed to fail.” A more appropriate research agenda would be to approach dementia as a public health issue.

Transitioning from Hospital Care to Community Care
It has been revealed that people with dementia experience significant increases in quality of life after entering long-term care. According to the research, this is because the staff at dementia care facilities seldom expect the people receiving care to be who they used to be, unlike many family members who often attempt to make people living with dementia resume their prior lifestyles. Caring for people with dementia requires involving them in their own care as well.  It necessary to care for people with dementia as a community and follow Christine Bryden’s idea of “Nothing about us, without us.”

“Care FOR” to “Care WITH”
In the future, it is important to prioritize the idea of “Care WITH” instead of “Care FOR.” Primarily because with fewer caregivers we have to become more effective and not just efficient in how we provide care. In order to fulfill the notion of “Care WITH,” people with dementia must be allowed to have “intimate citizenship.” Moving from Personhood where care focuses on the individual, to Citizenship where the individual has inalienable rights as a citizen and not just as a patient, to one where those who are close to the individual form an intimate group that protects those rights.  Professor Garrett defined this as one’s agency to independently decide what to do with help from those around them. In addition, providing people with dementia with the company of their loved ones will grow more important and become a higher priority, especially given that loneliness and depression can affect QOL more than the disease itself.

In the end, what is the objective of “good care?” Throughout the presentation, Professor Garrett repeatedly underlined the necessity to create a culture that embraces and accepts death. In doing so, it is extremely important to include end-of-life directives and plans in major health care policies. 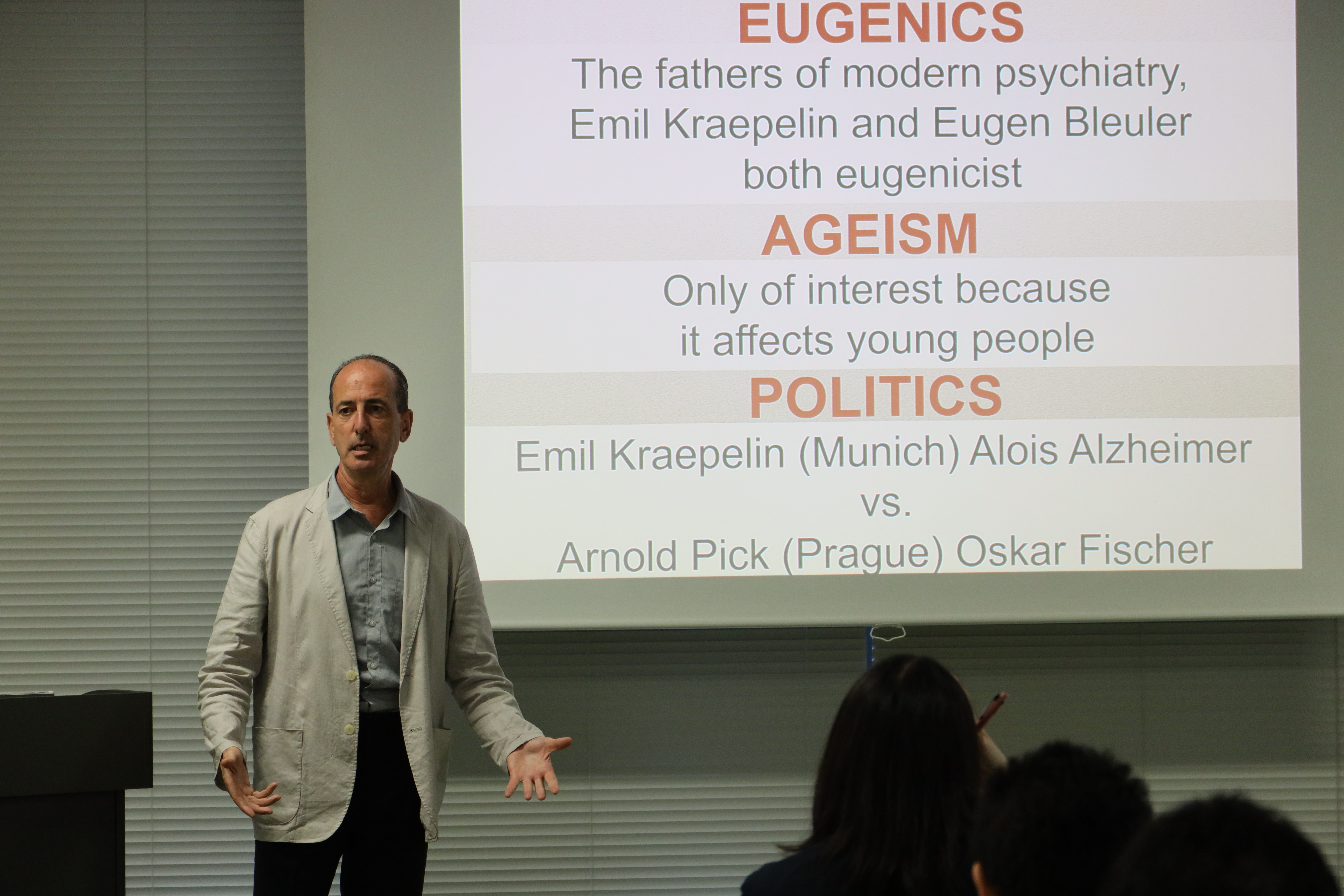 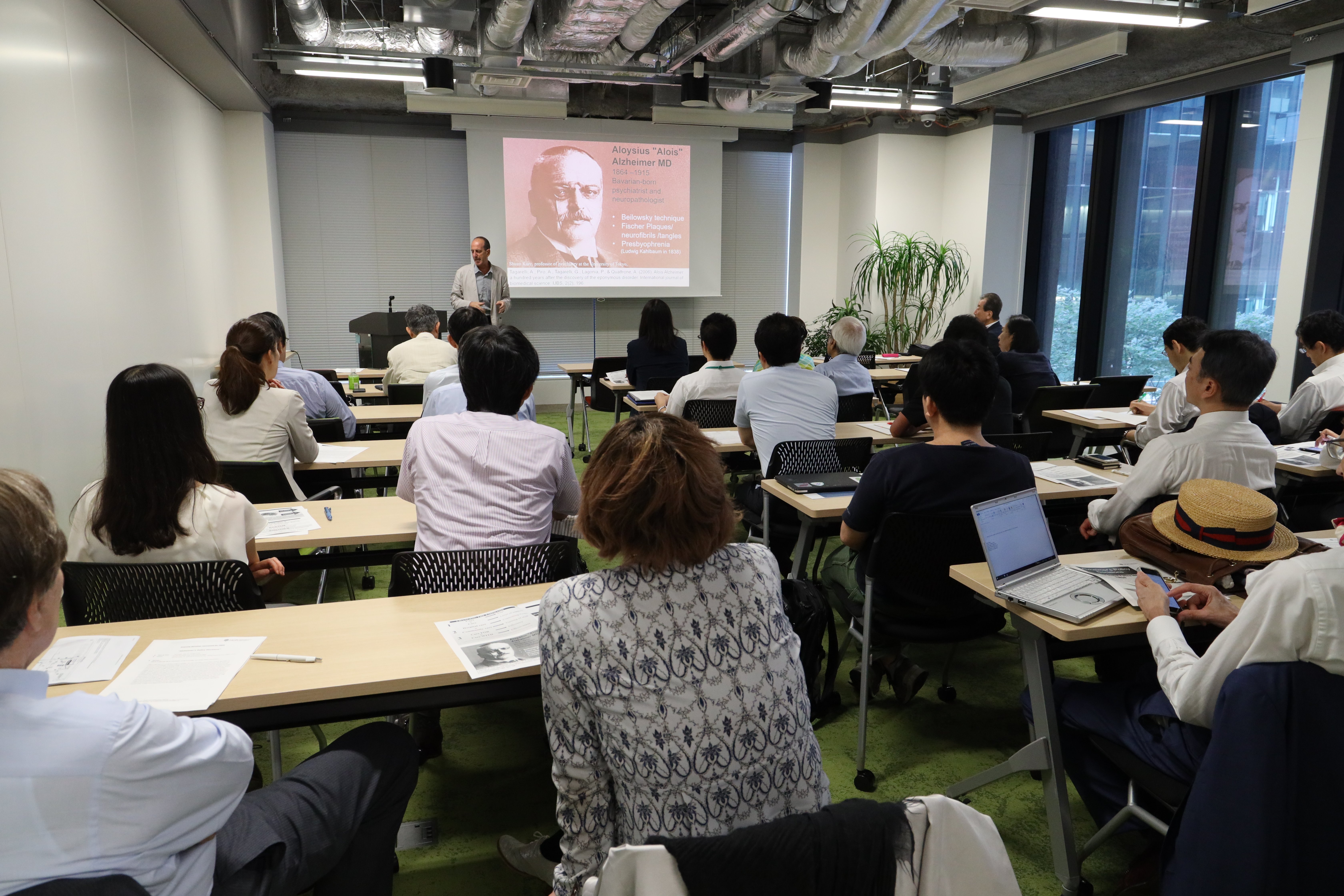 ■Mario D Garrett Ph.D. (Professor of Gerontology, San Diego State University)
Mario Garrett is a professor of gerontology. He was awarded a First Class Honors Bachelor of Science in psychology and physiology from the University of East London and a Ph.D. from the University of Bath in psychology with an empirical thesis on Loneliness. He has worked at the University of Bath (1986-1987); Surrey University/London School of Economics, London, UK (1987-1988); Bristol University, UK (1988-1989); United Nations – International Institute on Aging, Malta (1989-1993); University of New Mexico, NM (1994-1996); University of North Texas, TX (1996-1997). He has been a professor of gerontology at San Diego State University since 2004. He has published over 40 peer-reviewed articles, predominantly as the main author, on minority aging as well as theoretical articles on Alzheimer’s disease. He has published eight books, the most recent two of which were “The Politics of Anguish: How Alzheimer’s Disease Became the Malady of the 21st Century” and “Coming of Age in Films,” published by Cambridge Scholars Publishing. He has penned over 300 articles that have appeared in newspapers and online. His talk on Alzheimer’s disease at UCSD was broadcast on UCSDTV and received over 1.7 million views. His works have been translated into various languages including Russian, Mandarin, Vietnamese, Arabic, and Japanese.