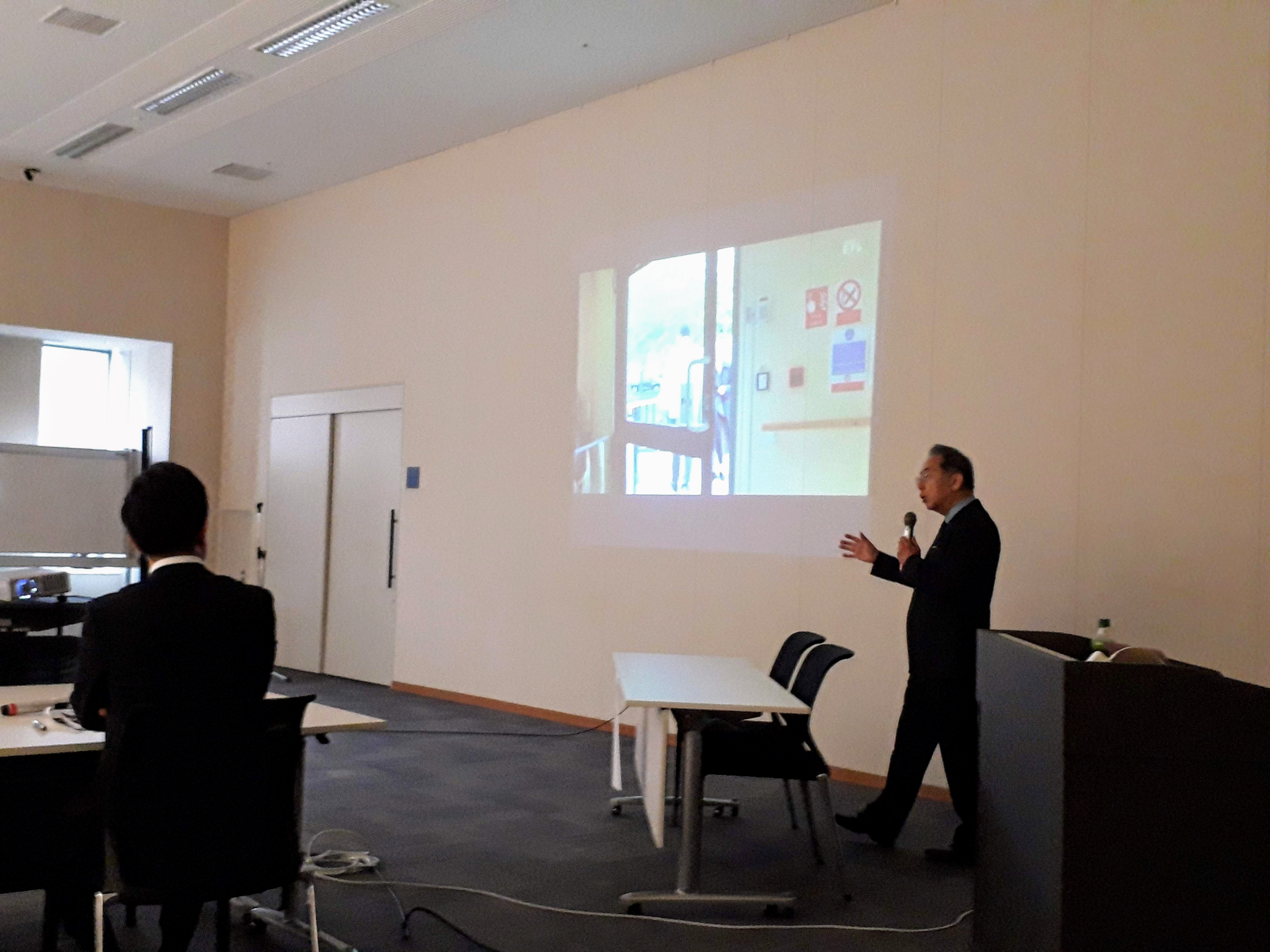 At the ninth session, social care journalist Mr. Toshio Machinaga gave a presentation entitled “The portrayal of dementia in the media and society’s response.” With the help of visual aids, Mr. Machinaga demonstrated how the media has portrayed dementia. He then explained how society’s response to dementia has shifted from a medical science/social model to a lifestyle model and then to a community model. He also introduced trends in dementia care policy in various countries around the world, particularly the U.K., and shared his perspective on the future of dementia policy in Japan and how Japanese society will change in response to dementia based on his experience as a journalist.