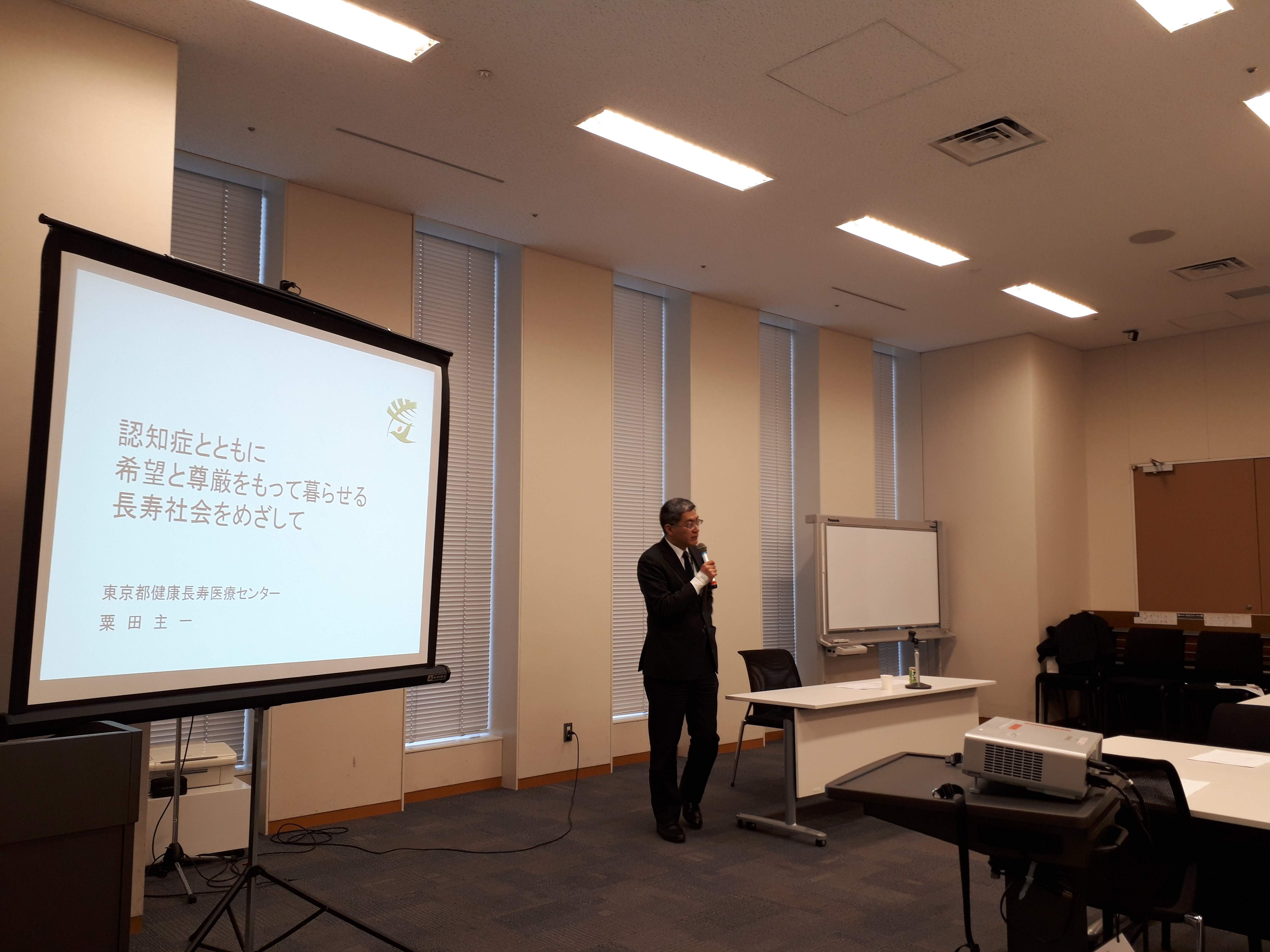 The eighth session focused on the theme of building elderly-friendly communities in which people with dementia can live with hope and dignity. It had a presentation from Research Team Leader Shuichi Awata of the Tokyo Metropolitan Institute of Gerontology. Mr. Awata discussed the living conditions of the elderly based on the latest statistical data and his own efforts in building a regional dementia care model for urban environments at Takashimadaira Danchi in Tokyo. He also explained the human rights-based approach promoted by the WHO which emphasizes enabling people with dementia to live with hope and dignity. Mr. Awata shared the viewpoint that instead of focusing entirely on obtaining accurate information and undertaking preventative measures, efforts to uphold the rights of and maintain respect for people with dementia is also important.