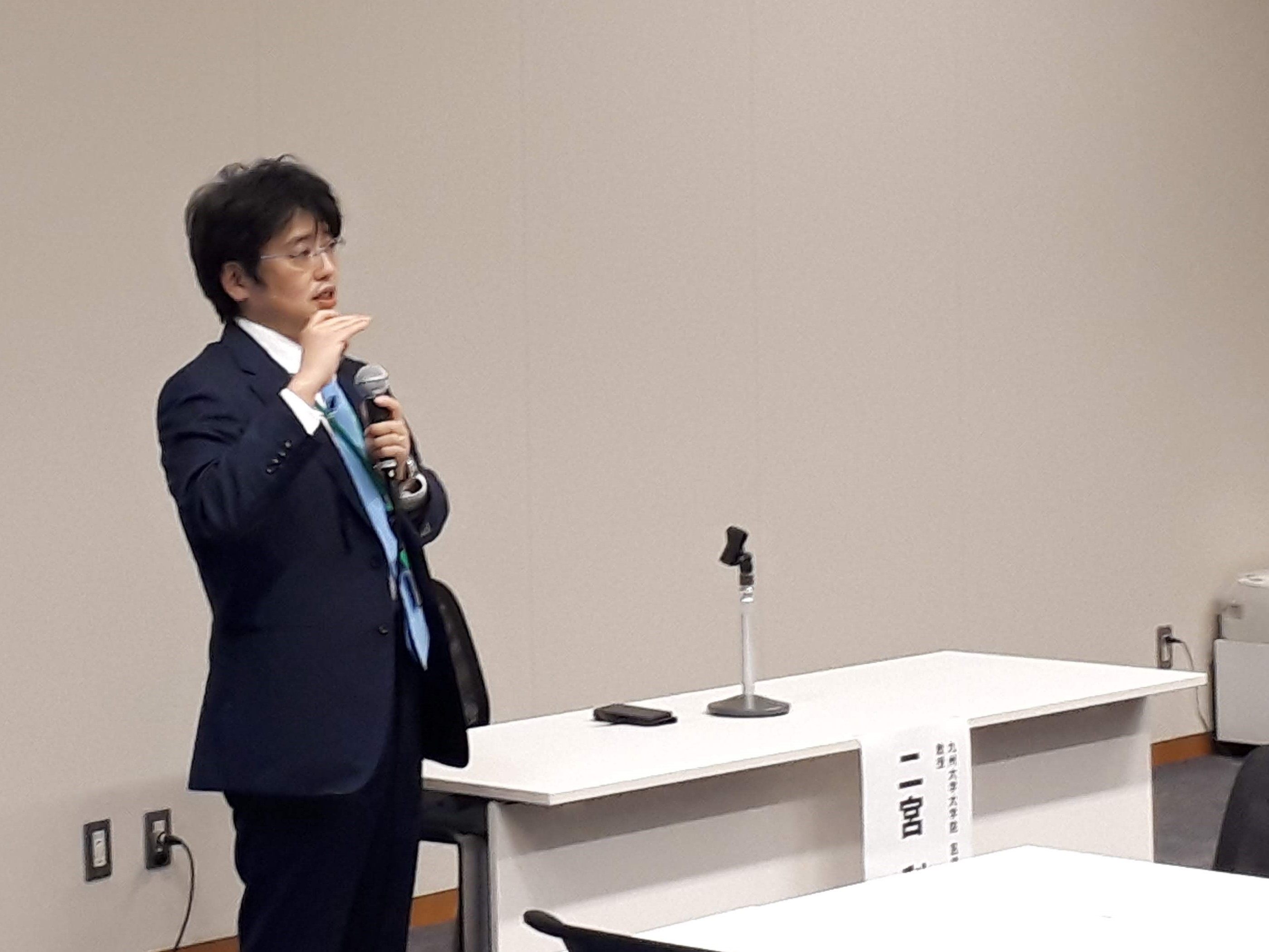 The seventh meeting was attended by Prof. Toshiharu Ninomiya of the Department of Epidemiology and Public Health, Graduate School of Medical Sciences, Kyushu University and supervisor of the Hisayama Study, a world-famous cohort study on dementia which began in 1961 in Hisayama, Fukuoka . He talked about the history and results of the cohort study, the relationship between lifestyle-related diseases and dementia, and efforts to use new technology to provide health guidance and behavior therapy.