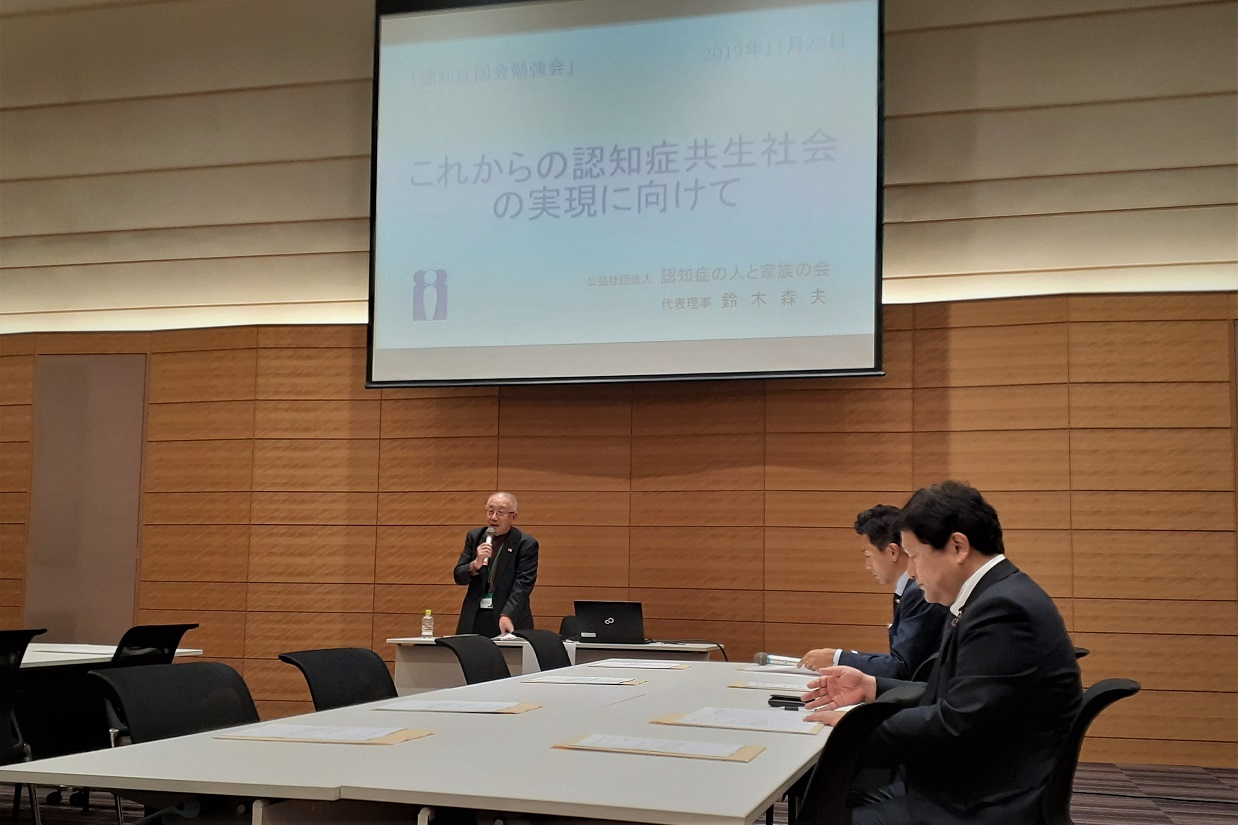 The study group’s 12th session featured a lecture from Mr. Morio Suzuki, Representative Director of Alzheimer’s Association Japan (AAJ). AAJ is an organization that has provided support to people with dementia and their families nationwide for over 40 years. While reviewing the history of AAJ, Mr. Suzuki spoke once again about the historic transition currently happening in dementia policy in Japan.

AAJ has branches in every region of Japan that engage in community-centered activities in three pillars: meetings, telephone conversations, and the monthly newsletter. While listening to the thoughts and feelings of people with dementia and their family members, promoting mutual support, and involving many people, AAJ is working to change society.

It is important to provide the support needed to enable each and every person with dementia to pursue their desired lifestyle and live with dignity as well as help the family members backing them in those efforts. Mr. Suzuki explained the need for the government to unify with civil organizations such as AAJ in the future.

Background
The number of people living with dementia in Japan is expected to rise alongside the aging of the population. Policies to deal with this challenge are urgently needed. Japan has taken up the challenge of such policies by launching the “New Orange Plan” – a comprehensive strategy to address dementia. However, additional measures on dementia will be needed in the future. To that end, a number of House of Representatives members have formed this voluntary, regular, non-partisan study group to encourage as many House of Representatives members as possible to become interested in this issue and knowledgeable about it.

Outline
“Realizing a dementia-inclusive society through the Basic Law for Dementia starting from the stories and opinions of people with dementia and their families”
Representative Director, Alzheimer’s Association Japan
Mr. Morio Suzuki