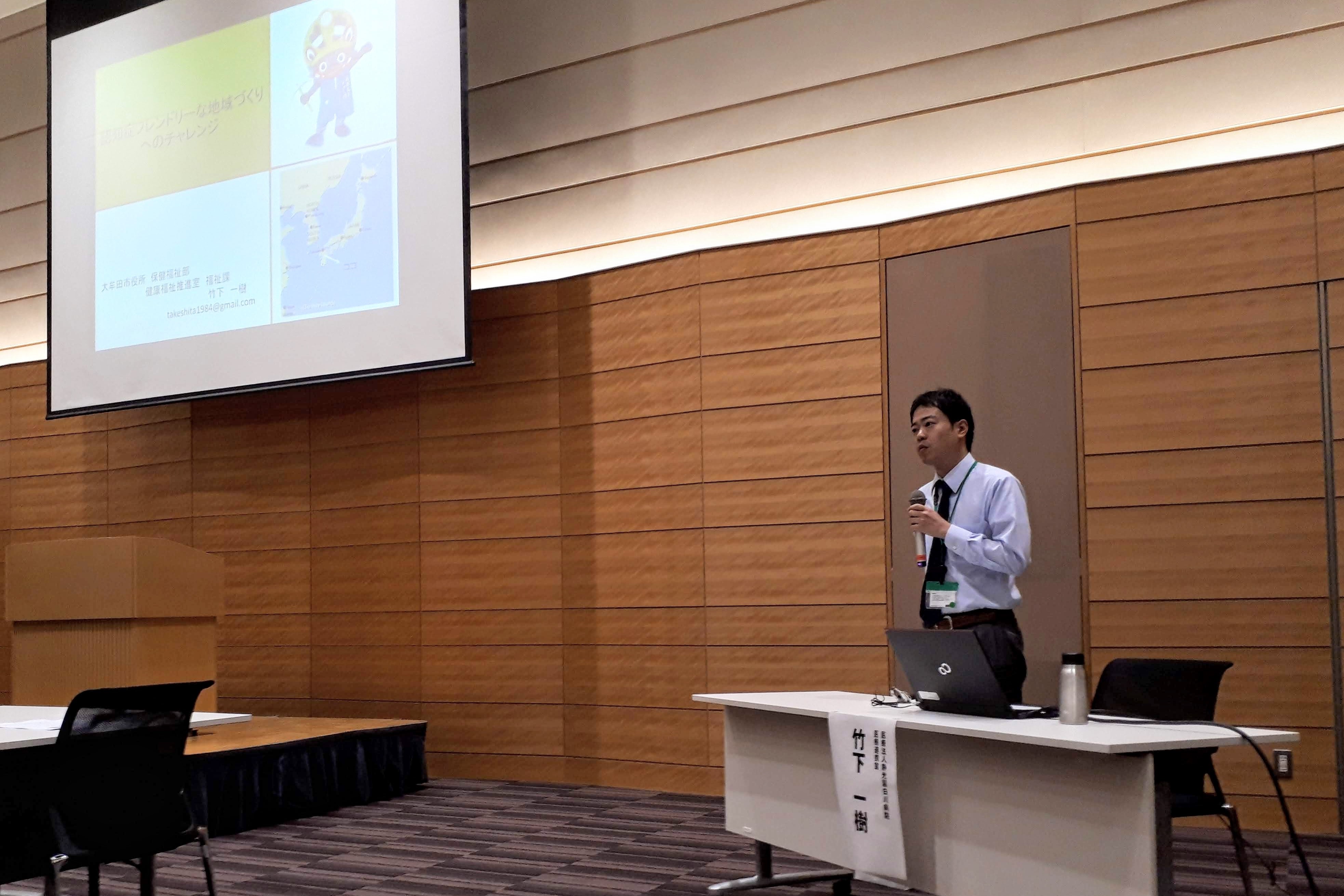 At the 11th meeting, Mr. Kazuki Takeshita of the Omuta City Hall Social Welfare Division’s Health Welfare Promotion Department gave a presentation entitled “Striving to build a dementia-friendly community.” Directly after Long-Term Care Insurance was implemented in 2002, Omuta City has promoted “Projects for building a dementia-friendly care community.” By deepening understanding towards people with dementia and uniting the city in a region-wide support mechanism, Omuta City aims to become a place where anyone can continue to live an enriched life with peace of mind in the home or area they are most familiar with even if they develop dementia.

The presentation introduced every effort and the backgrounds of those efforts starting with the famous nation-wide Dementia SOS Network Simulation Training exercise. Mr. Takeshita also shared the three phases of building a dementia-friendly city based on his experience. They are:
Phase one – Solve problems facing those most affected, the people in need of support.
Phase two – Expand the circle of partners devoted to making a dementia-friendly city.
Phase three – Involve people with dementia in community-building efforts.
Mr. Takeshita also shared his honest impressions concerning the difficulty of sustaining efforts that began out of human kindness.

Now that the government is transitioning to the next step in dementia policy, the diet members who participated in the meeting asked many specific questions concerning methods for promoting efforts in regions such as those they represent to be more like Omuta City, resulting in a lively exchange of opinions.