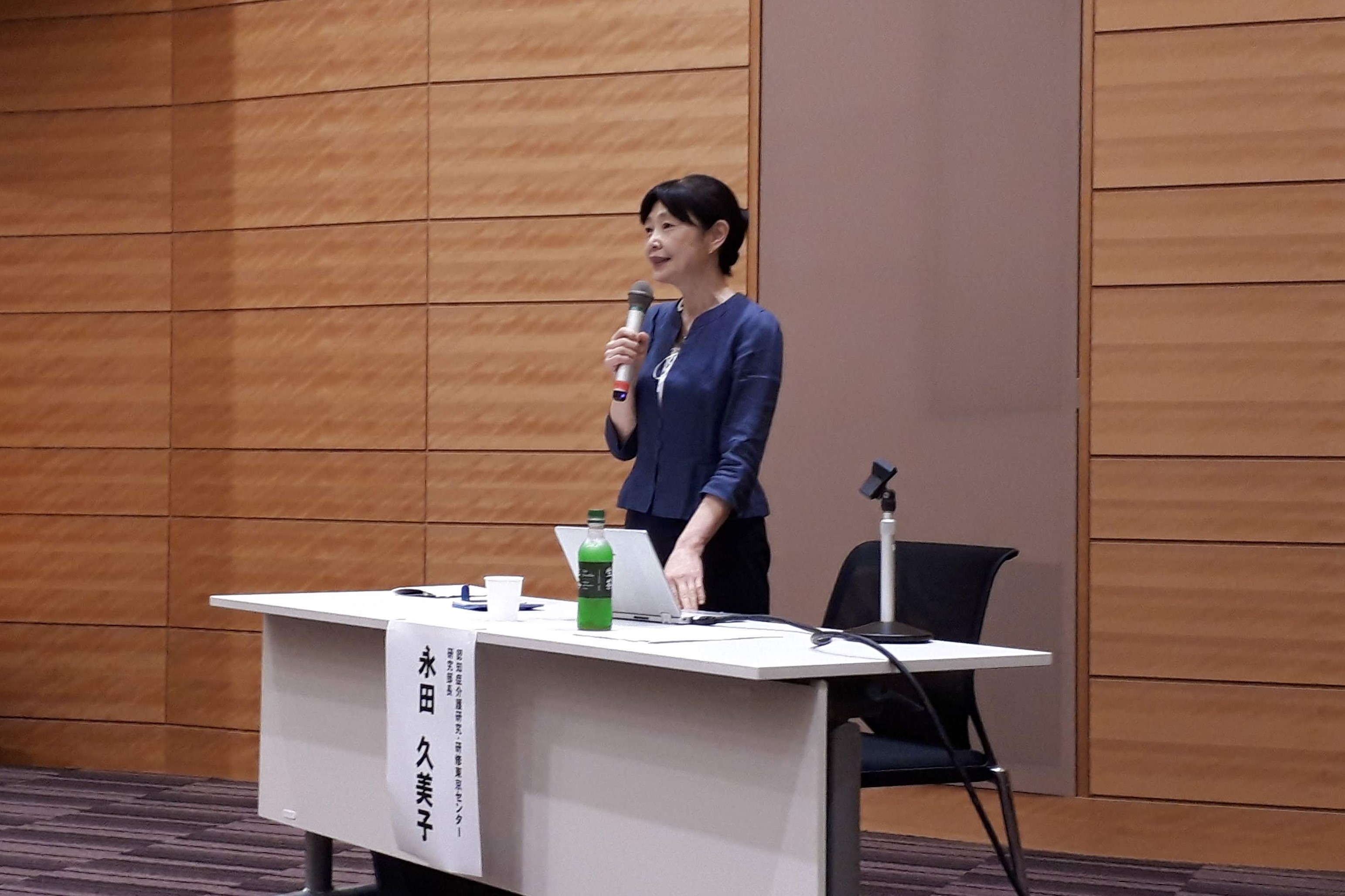 The 10th session was entitled “Building dementia-friendly communities starting from the perspectives of people with dementia” and featured Ms. Kumiko Nagata from the Tokyo Dementia Care Research and Training Center. As 2019 will be an epoch-making year that will see new dementia policy in government outlines and a revision of the Basic Law for Dementia, Ms. Nagata gave an overview of the history of dementia in Japan. She covered topics such as the lifestyles led by people with dementia in Japan in the past and the history of what was considered the ideal structure of supporting those with dementia.

Based on that history, Ms. Nagata indicated that a paradigm change in the culture around dementia is essential if we are to build a society of communal co-existence. In the old culture around dementia, people were hopeless towards the disease. They believed that people with dementia were incapable of doing or understanding anything and could only survive through the support of others. The new culture around dementia, however, recognizes that people with dementia are capable of doing and understanding many things, and that they have the right to say, “Even if I develop dementia, I am still me.” The future structure of dementia support in Japan requires that the individual is encouraged to make conscious choices and not just receive support. They must be welcomed as active and important members of communities and be enabled to live with hope every day. Ms. Nagata indicated that the role of local government is crucial in order to change overarching community paradigms to ensure the progress of community development. She also said it is necessary that efforts to create dementia-friendly environments including those involving legislation are continued with a focus on the people with dementia in every region while using progressive local governments as reference points.

Opportunities to create policies based on the perspectives of people with dementia are increasing in number through the proactive efforts of organizations formed by people living with dementia such as the Japan Dementia Working Group (JDWG) aimed at making dementia policy proposals as well as through cooperative efforts like HGPI’s research projects.