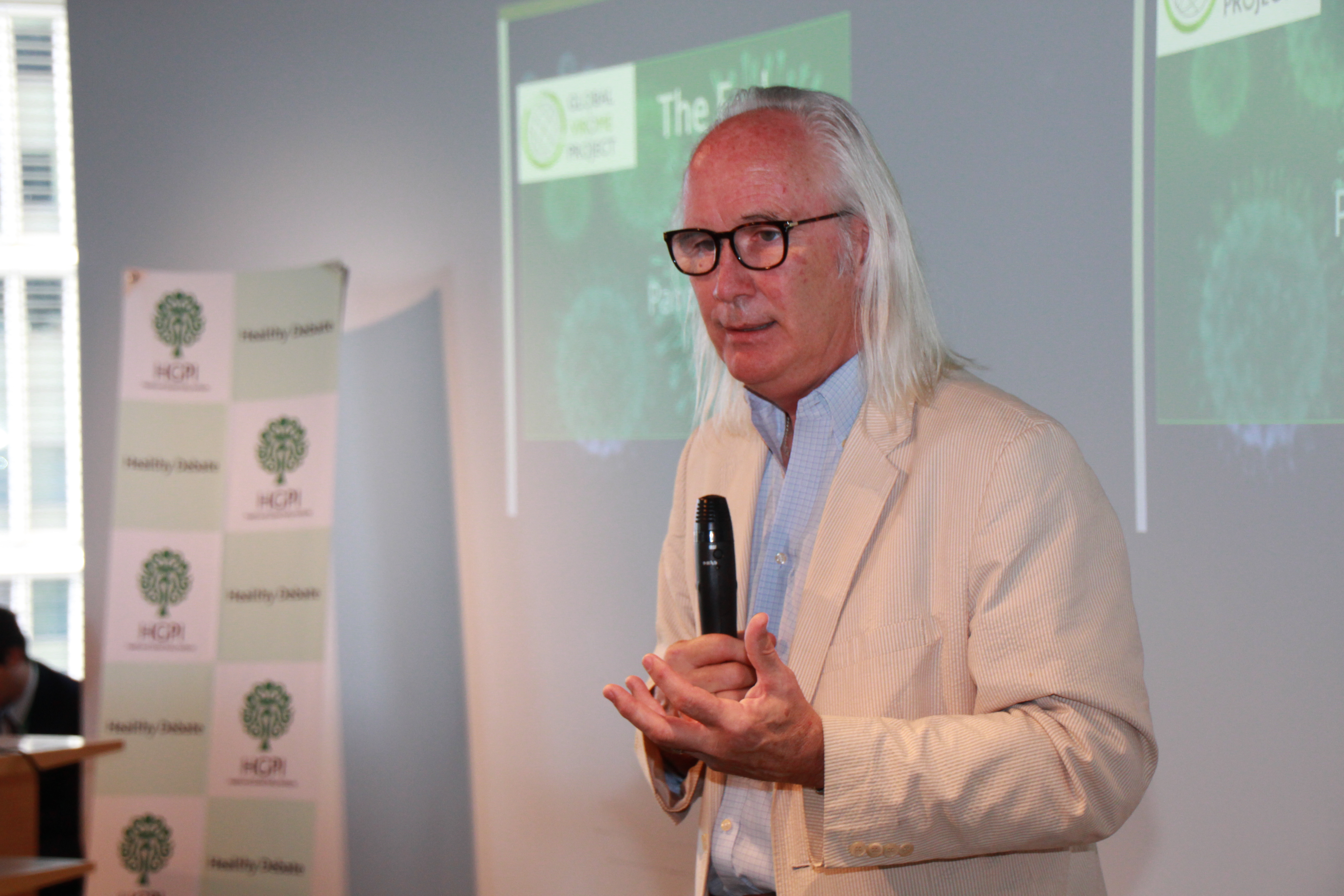 ■Lecture summary
– The Problem: Why is a new approach now needed?
People now live in a world where the risk of new viruses spilling over from wildlife to human populations is intensified. As the human population grows, people have changed the environment around them, more specifically the dynamics of interactions of human species and wildlife, by building new settlements, moving into areas where wildlife is abundant, and building agricultural operations which further promote habitat destruction. As a result, humans are now exposed to more risks of emerging viruses from wildlife.

In this situation, the current approach, in which people start creating the countermeasures after the outbreak of novel viruses occurs, becomes more and more ineffective. Thus, there is a critical demand for a new approach, which is proactive rather than reactive. But how can people build such a new approach? The GVP may be the solution.

– The Solution: How can the GVP be the solution?
Firstly, the GVP is an emerging global partnership that brings together the communities of scientists, ecologists, conservationists, politicians, and global health practitioners, to transform the sciences of emerging viral diseases by developing a global database of virtually all of the planet’s naturally-occurring viruses. Fortunately, scientists have estimated the number of viruses circulating in wildlife, approximately 1.5 million, which is a manageable number for existing technologies. Secondly, human beings have already established the means of capturing and characterizing viruses, which enables them to turn “unknown” viruses into “known” ones. Since the main reservoirs of viruses are mammals and water fowl, sampling of viruses can be done feasibly and cost-effectively by targeting areas where those species are distributed. In the process of sampling, we can also obtain a deeper understanding of the viral ecology. When the sampling is finished, we can create the genetic profiles for every virus that is collected. Therefore, the GVP will be able to develop a comprehensive database which includes both viral ecology and genetic sequences of all viruses, by strategically sampling and analyzing.

– The Impact: What can the GVP introduce?
The GVP’s comprehensive database would bring about tremendous impact and enable people to take a new approach against viruses. The genetic data of each virus, and more importantly, the collective data of each viral family, would make it possible to create more broadly effective vaccines, which could be effective even to future novel viruses. Furthermore, by using the ecological data of viruses, which tells where the viruses are circulating and which areas are at the highest risk, people can mobilize the countermeasures right after the outbreak starts. This approach is not just about responding to dangers that we face today as the existing approach does, but also investing in future risks. The society will shift from a reactive response to a proactive one, and be better prepared to mark the beginning of the end of the Pandemic Era. 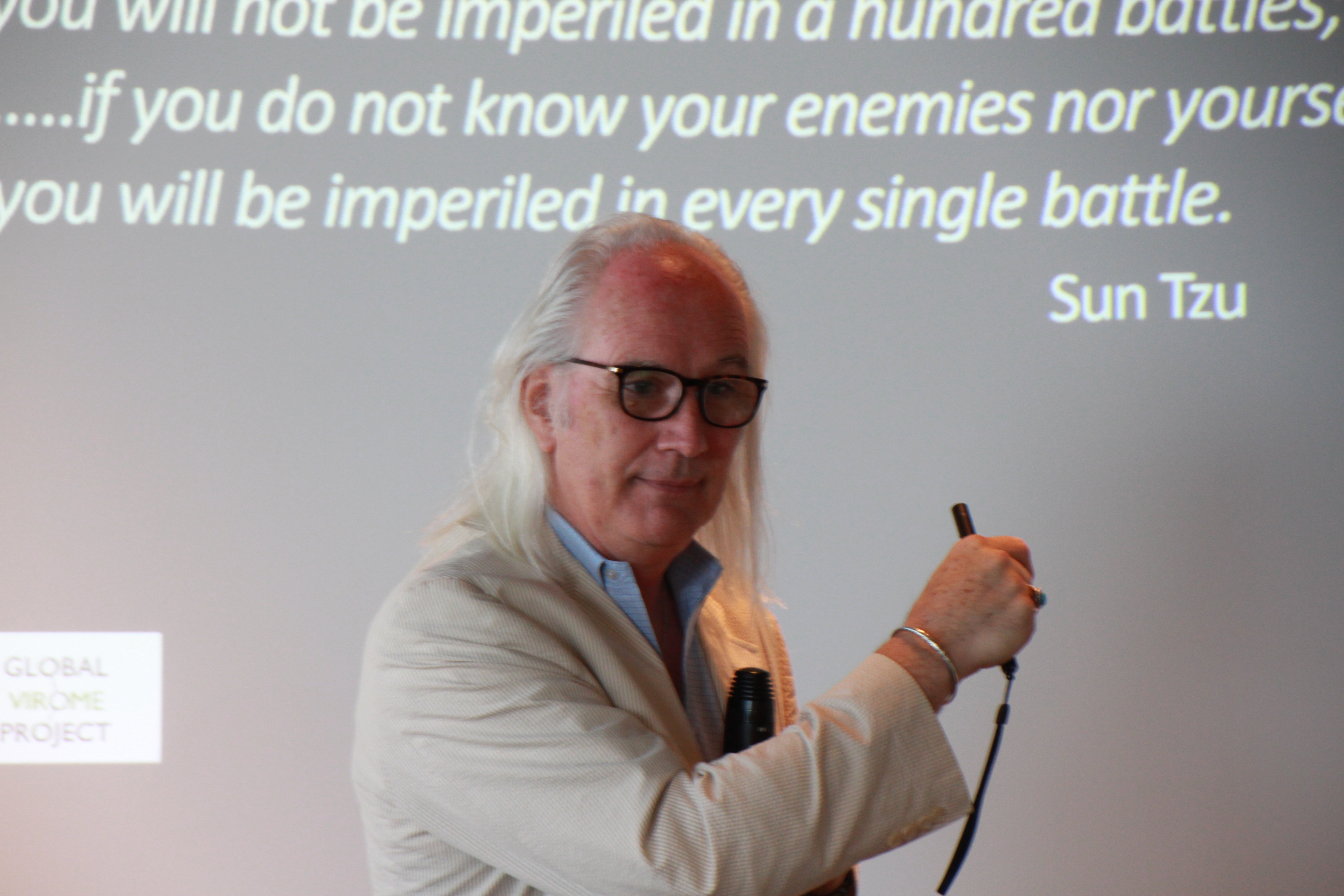 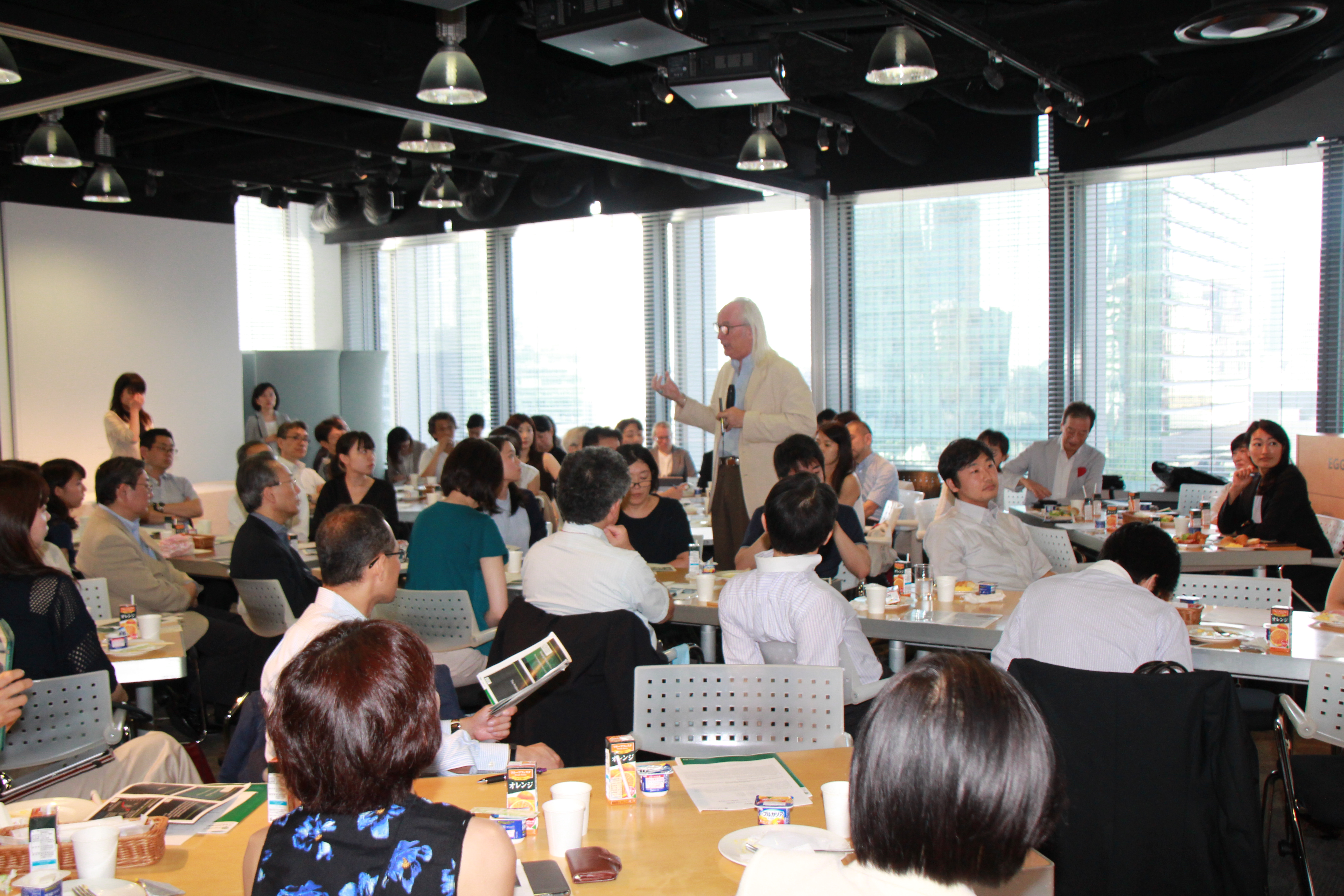 Dr. Carroll was initially detailed to USAID from the U.S. Centers for Disease Control and Prevention as a senior public health advisor in 1991. In 1995 he was named the Agency’s Senior Infectious Diseases advisor, responsible for overseeing the Agency’s programs in malaria, tuberculosis, antimicrobial resistance, disease surveillance, as well as neglected and emerging infectious diseases. In this capacity Dr. Carroll was directly involved in the development and introduction of a range of new technologies for disease prevention and control, including: community-based delivery of treatment of onchocerciasis, rapid diagnostics for malaria, new treatment therapies for drug resistant malaria, intermittent therapy for pregnant women and “long-lasting” insecticide treated bednets for prevention of malaria. He was responsible for the initial design and development of the President’s Malaria Initiative. Dr. Carroll officially left CDC and joined USAID in 2005 when he assumed responsibility for leading the USAID response to the spread of avian influenza.

Dr. Carroll has a doctorate in biomedical research with a special focus in tropical infectious diseases from the University of Massachusetts at Amherst. He was a Research Scientist at Cold Spring Harbor Laboratory where he studied the molecular mechanics of viral infection. Dr. Carroll has received awards from both CDC and USAID, including the 2006 USAID Science and Technology Award for his work on malaria and avian influenza, and the 2008 Administrator’s Management Innovation Award for his management of the Agency’s Avian and Pandemic Influenza program.