[Event report] The 69th Breakfast Meeting – A World Young Leader in Dementia on the Current Issues and Topics in Dementia at the Global Level – What Does It Mean to Build Dementia-Friendly Communities? (May 31, 2018) 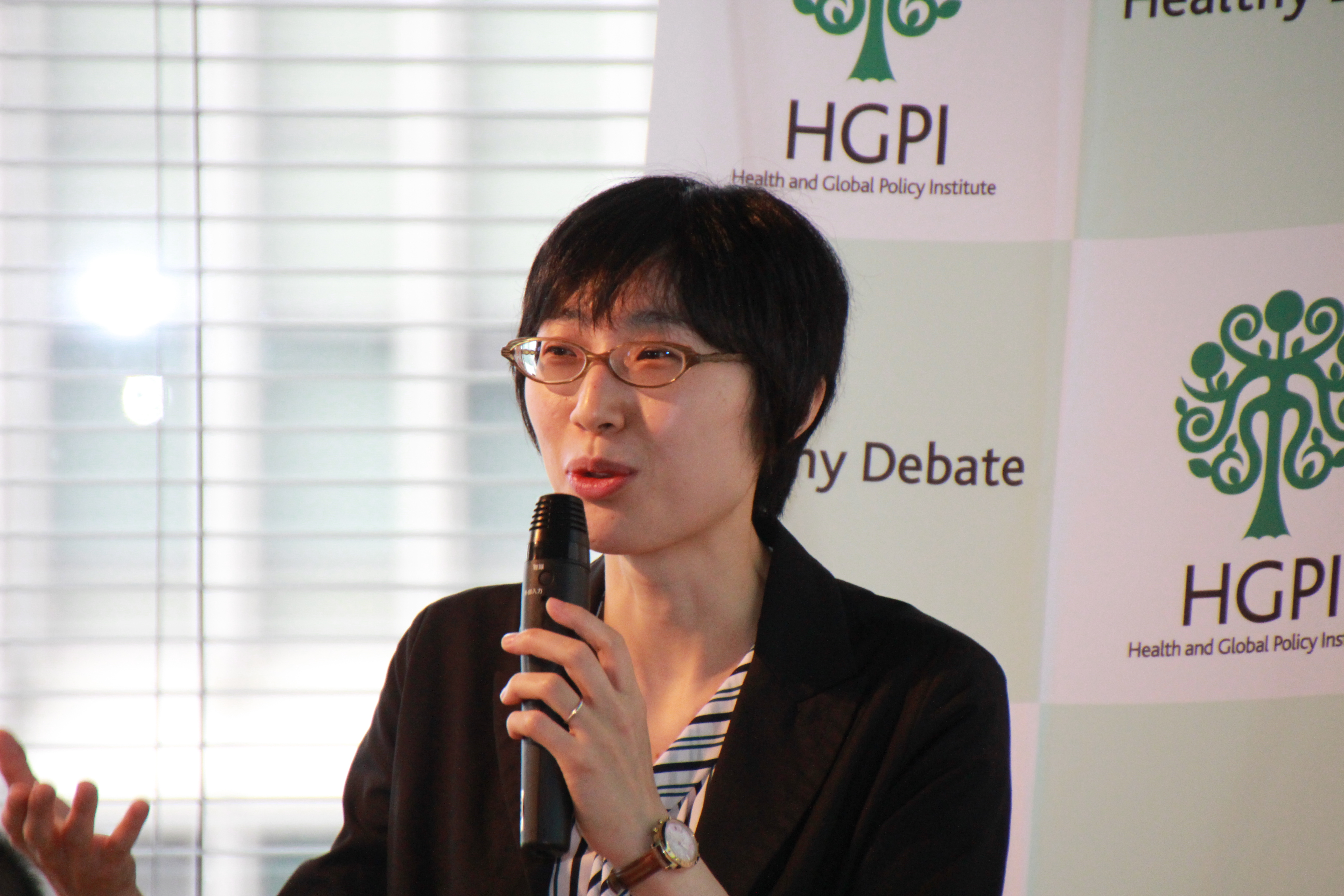 The World Dementia Council (WDC) was established at the G8 (now G7) Dementia Summit held in London in December 2013. The 12th meeting of the WDC was held in cooperation with HGPI in March 2018. Additionally, the 1st Japan-English Dementia Conference was held by the WDC, HGPI, the Nikkei, and the Financial Times to share knowledge about dementia between Japan and the United Kingdom. During this conference, guests held a discussion on how to create and make use of international Public-Private Partnerships (PPPs).

At the start of the event, HGPI Senior Associate Shunichiro Kurita briefly introduced the following report on the WDC’s 12th Tokyo Meeting and the 1st Japan-UK Dementia Conference.

– What are World Young Leaders in Dementia?
The 12th WDC Tokyo Meeting focused on prioritizing four key areas to address at the WDC’s 5th anniversary summit in October 2018: awareness, care, research, and risk reduction. I participated in the WGC12 as a World Young Leader in Dementia (hereafter “Young Leaders”). There are about 130 Young Leaders and they are associate members of the WDC. Together, they form an international network to engage in various activities.

– Current developments in addressing dementia at the global level
In July 2017, the Lancet commission on dementia prevention, intervention and care was presented at the American Alzheimer`s Association meeting in London and was also introduced on the BBC and in Japanese media. This commission summarizes the current state of dementia research and recommendations for the future and was used as a reference at the WDC Tokyo Meeting and at the 1st Japan-UK Dementia Meeting. In this publication, the following issues were highlighted as the ten key messages concerning dementia: 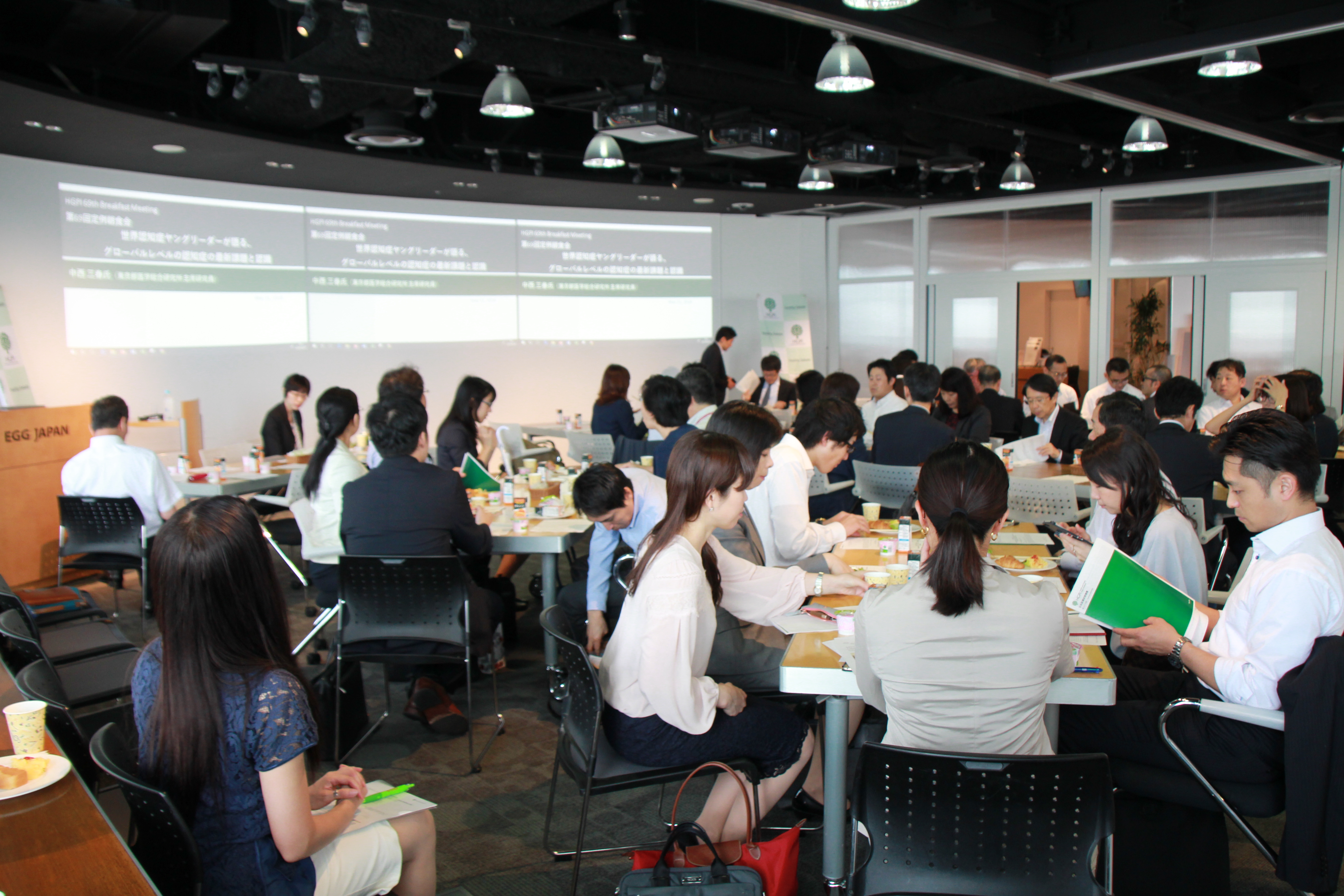 – Current research on promoting a dementia-friendly society
Among the major areas of the Lancet Commission, we will briefly introduce (4) individualizing dementia care, (7) protecting people with dementia, (8) managing neuropsychiatric symptoms, and (9) end-of-life care.

Individualized dementia care is important for creating a dementia-friendly society. To improve the quality of care, current research has focused on measuring in-home care and community-based and traditional nursing home group care settings. Research on rights protection has focused on understanding the general situation surrounding elder abuse within the home and instances of physical restraint during acute episodes. Various neuropsychiatric symptom management programs were developed and evaluated. Increased attention has been placed on end-of-life care because patients with advanced dementia cannot accurately express their pain in words, making it difficult to provide them with appropriate pain management. It is through these means that international collaborators are actively working to implement palliative care programs as part of holistic dementia care.

Members of the World Dementia Young Leaders will continue to utilize international networks and outside experts to generate original solutions for problems difficult to address in the conventional research environment. International efforts like these will play an important role in creating a dementia-friendly society. We hope that researchers find a way to contribute to the activities of the Young Leaders and create ways for outside experts to share their knowledge.

About Dr. Miharu NAKANISHI
Dr. Nakanishi is a registered nurse and Chief Researcher of Mental Health and Nursing Research Team, Mental Health Promotion Project in the Tokyo Metropolitan Institute of Medical Science, Japan. She has implemented studies on health services research, especially for dementia care. In recent years, she has conducted an international comparison on national dementia plans.
Regarding dementia care practices, she has developed a psychosocial dementia care program for challenging behavior of home-dwelling persons with dementia as a Tokyo Metropolitan government’s project. She is currently included in Young Leaders in the field of dementia (World Young Leaders for Dementia, WYLD).

More information on the World Dementia Council can be found on its website.