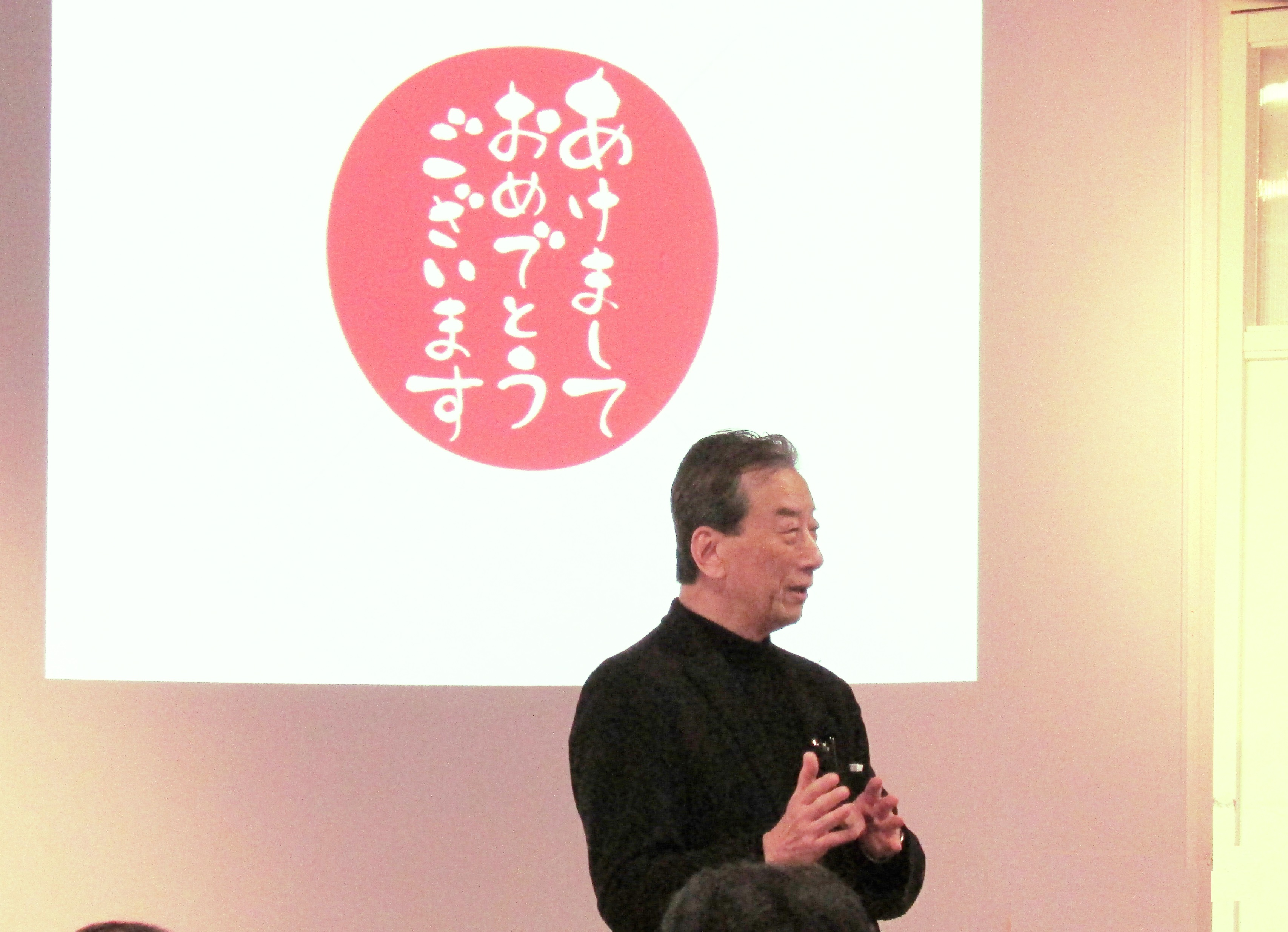 This breakfast meeting was held following our yearly custom. Kiyoshi Kurokawa, HGPI Chairman, gave a talk entitled “Our New Vision for 2017.” The talk was followed by a discussion among meeting attendees, which included various stakeholders, on topics such as Japan’s health and healthcare strategies, and the future of Japan,

■Looking back at year 2016 – Can Japan be reborn anew?
Over the past twenty years, Japan has faced many problems whilst having a particularly low growth rate amongst Asian countries. The problem of healthcare in a super-aged society is particularly urgent. It is expected, based on demographic forecasts, that the sustainability of our social security system will become an important issue in the future, in terms of the medical expenses of the elderly in particular. All through 2016, active discussion took place around issues related to healthcare, such as the reform of the National Health Insurance drug pricing system, technological innovations that can improve the efficiency of healthcare services, healthcare ICT, dementia, and so on. HGPI played an active role in these discussions and issues. It is vital that we consider the question of “how can Japan be reborn anew in the future?” in light of these challenges.

■What kind of leaders will be needed in the future?
These past few years, many Japanese women have become active players in the global arena. For example, women account for 60% of Japanese immigration to the United States of America. Japanese women do not care much for many of the customs unique to Japan, such as the vertical segmentation of society, the difficulty of transferring to rival companies, and so on. They work comparatively freely within Japan and abroad. In the future, energetic work by women will be all the more necessary.
When a person lingers for too long in the same organization, it can become hard for them to see the outside world. Moreover, such people often begin to care too greatly about their own group, which can make it hard for them to state their opinions to their peers. The world needs talented people who can form their own opinion based on broad perspectives, and who are able to advance their own divergent views at important moments.

■The outlook for 2017 － Taking a hard look at the challenges of the coming 20 years, and resolving them
As indicated in Japan Vision: Health Care 2035*, a report that investigated how the healthcare system ought to change over the next 20 years, we must aim to build a sustainable healthcare system for the future, and contribute to the prosperity of not only Japan, but the whole world.

For example, the increase in cases of dementia concomitant to ageing is a challenge not only for present-day Japan, but for the entire world. Henceforth, Japan, being at the vanguard of population ageing, will likely attract particular attention from other Asian countries in which similar demographic phenomena are progressing rapidly. HGPI is conducting survey research for the purpose of creating and utilizing international academia-industry-government collaboration systems (i.e. Public Private Partnerships [PPPs]) for dementia research and other health challenges. Recommendations are scheduled to be communicated in 2018.

Thanks to progress in ICT and the utilization of Big Data, it will become possible to put many hypotheses to the test for healthcare care in the future. Alongside the development of social robots and advances in neurotechnology, new ways of solving challenges will become a reality. Harnessing Japan’s strengths, HGPI will continue its work to contribute toward the realization of a sustainable healthcare system.

*Japan Vision: Health Care 2035 is a proposal formulated by the “Healthcare 2035 Advisory Panel,” a private advisory body established by Mr. Yasuhisa Shiozaki, Minister of Health, Labour and Welfare. The goal of the proposal was to formulate a vision of healthcare policy toward 2035, and to indicate a course toward achieving that vision. To that end, it offers recommendations relating to national health promotion, the sustainability of the healthcare system, international contributions to the healthcare field, and strategic efforts in other areas, such as community development.