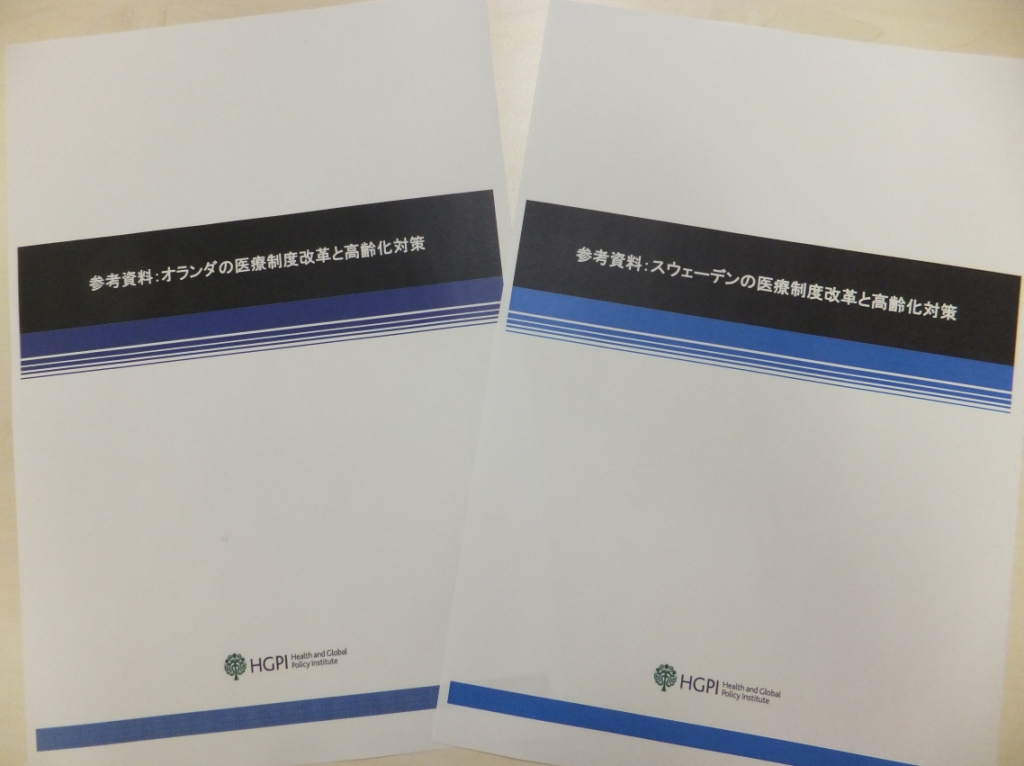 The Netherlands has been tackling healthcare reform for a long time, and Sweden is famous for the high standards of its social welfare. In addition to stimulating thought about Japan’s own health policies, the welfare systems of both these countries have the potential to act as a reference for policy making in Japan. For these reasons we are releasing the Health Policy Analysis Report of the Netherlands and Sweden, which can be downloaded from the right-hand column.

The Netherlands has been tackling healthcare reform for a long time, and reform of the health insurance system in 2006 saw the introduction of the concept of “regulated competition”, with mandatory, state-regulated private health insurance. Various other related measures have also been advanced, such as actively promoting the strengthening of community ties as a means of coping with the aging of society. The Netherlands launched the Dutch national infrastructure for the exchange of data between healthcare providers this year.Sweden is famous for the high standards of its social welfare. The Adel reform (Ädelreformen) in 1992transferred responsibility, facilities and funding for elderly residential care from county to municipal level and allowed considerable discretion to be used by local governments.In recent years, Sweden has placed a high priority on e-Healthcare systems to promote more efficiency in healthcare services.

Ageing and Healthcare Reform in Sweden (Japanese only)

Ageing and Healthcare Reform in the Netherlands (Japanese only)