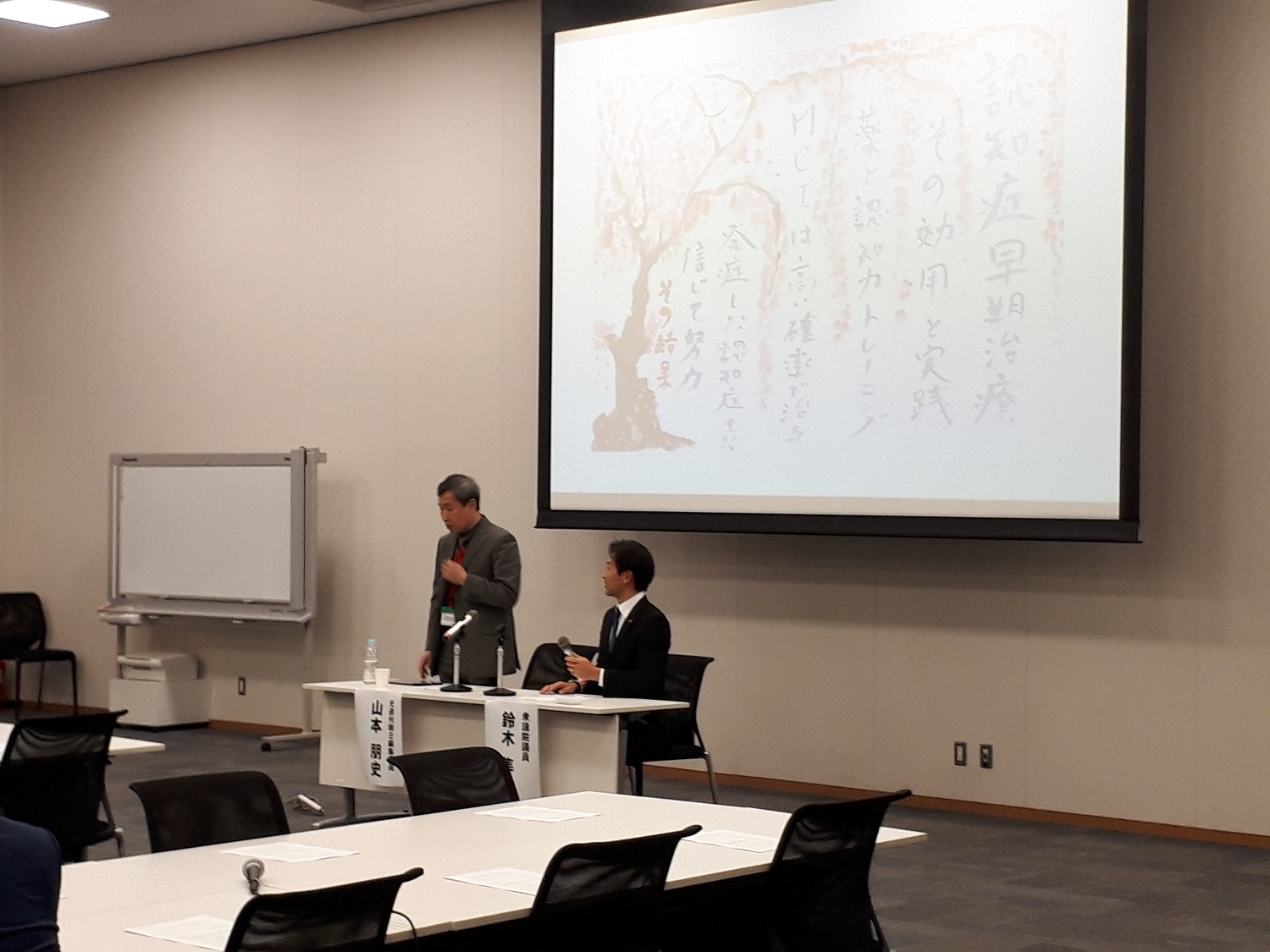 The number of people living with dementia in Japan is expected to rise alongside the aging of the population. Policies to deal with this challenge are urgently needed. Japan has taken up the challenge of such polices by launching the “New Orange Plan” – a comprehensive strategy to address dementia. However, additional measures on dementia will be needed in the future. To that end, a number of House of Representatives members have formed this voluntary, regular, non-partisan study group to encourage as many House of Representatives members as possible to become interested in this issue and knowledgeable about it.

Session presentations
“Listening to the Voices of People with Dementia”
Mr. Tomofumi Yamato (Member of the editor board of Asahi Weekly)