After Professor Haruka Sakamoto, MD MPH, PhD graduated from Sapporo Medical University School of Medicine and served as an internist at St. Luke’s International Hospital, she worked at the International Affairs and the Maternal and Child Health Divisions of the Ministry of Health, Labour and Welfare (MHLW). She has represented Japan at various international conferences including the United Nations General Assembly and the World Health Organization (WHO) General Assembly. She also participated in organizing the G7 Ise-Shima Summit and the G7 Kobe Health Ministers’ Meeting in 2016. She attended the Harvard T.H Chan School of Public Health with a scholarship from the World Bank and received a Master of Public Health degree in 2014. In 2021, she received a Doctor of Public Health degree from the University of Tokyo. Her current roles include Associate Professor, Department of International Affairs and Tropical Medicine, Tokyo Women’s Medical University; Project Researcher, Department of Global Health Policy, the University of Tokyo; Consultant, WHO Western Pacific Regional Office; and Senior Fellow, the Tokyo Foundation Institute for Policy Research. 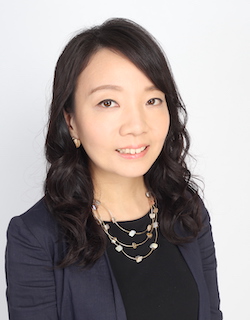