Professor Baron Peter Piot MD PhD KCMG, The Director of the London School of Hygiene & Tropical Medicine, The Handa Professor of Global Health. He is currently Special Advisor on COVID-19 to the President of the European Commission. He was the founding Executive Director of UNAIDS and Under Secretary-General of the United Nations (1995-2008). A clinician and microbiologist by training, he co-discovered the Ebola virus in Zaire in 1976, and led pioneering research on HIV/AIDS, women’s health and infectious diseases in Africa. He has held academic positions at the Institute of Tropical Medicine, Antwerp; the University of Nairobi; the University of Washington; Imperial College London, and the College de France, and was a Senior Fellow at the Bill & Melinda Gates Foundation. He is a member of the US National Academy of Medicine, the National Academy of Medicine of France, the German National Academy of Sciences Leopoldina, and the Royal Academy of Medicine of Belgium, and is a fellow of the UK Academy of Medical Sciences and the Royal College of Physicians. He is the Chair of the King Baudouin Foundation USA, Vice-Chair of the Global Health Innovation Technology Fund, and member of the Board of the Novartis Foundation, and the Coalition for Epidemic Preparedness Innovation, and past President of the International AIDS Society. In addition to several other accolades, Professor Piot received the Grand Cordon of the Order of the Rising Sun in Japan in 2018. He has published over 600 scientific articles and 16 books, including his memoir, No Time to Lose, also available in Japanese. 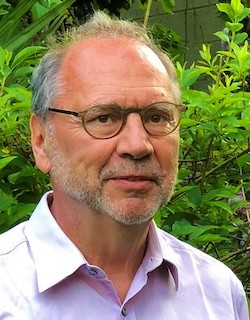