Dr. Ryozo Nagai graduated from the Faculty of Medicine, University of Tokyo, completing his medical degree with a specialty in cardiovascular diseases. He started his career as an associate professor in the third Division of Internal Medicine at the University of Tokyo Hospital, and then became a professor at Gunma University Department of Medicine and Biological Science, as well as a visiting professor at the Medical Research Institute of Tokyo Medical and Dental University. In 1999, he became a professor in Cardiovascular Medicine at the Graduate School of Medicine and Faculty of Medicine of the University of Tokyo. He became the Director of the University of Tokyo Hospital in 2003, and became head of the hospital’s Translational Research Center in 2009. In 2012, he was appointed President of Jichi Medical University. He was named honorary professor at the University of Tokyo that same year.
In addition to the above, he has also served as President of multiple other institutes including the Japanese Society of Internal Medicine, Japanese College of Cardiology, and The Japanese Circulation Society. He received the Medal with Purple Ribbon in 2009, and the Gold Medal from European Society of Cardiology in 2012.
He currently serves as a member of the Social Security Council of the Ministry of Health, Labour, and Welfare (MHLW), a member of the Council for Science and Technology of the Ministry of Education, Culture, Sports, Science and Technology (MEXT), a provisional member of the National Research and Development Committee Agency Council, a member of the Promotion Council for Health and Medical Strategy of the Cabinet Secretariat, a fellow of the Center for Research and Development Strategy of the Japan Science and Technology Agency, supervisor of Hospital of the Imperial Household, and other positions. 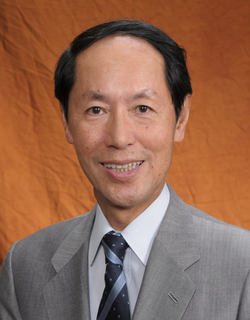