Mr. Seigo Hara joined Health and Global Policy Institute (HGPI) in 2007 after gaining experience at the National Center for Global Health and Medicine. At HGPI, he has launched projects on chronic diseases and global health. He studied abroad for a time, and after returning to Japan he began work at McKinsey & Company, where he was involved in projects on organizational reform in the healthcare industry and the formulation of growth strategies. In 2014, he returned to HGPI, and began work on proposals for Japan’s health policy up to 2035 as a part of the secretariat for Minister of Health, Labour and Welfare Yasuhisa Shiozaki’s “Health Care 2035” initiative. In 2015, he founded the Medical Information Company for Innovation.
Seigo Hara is a part-time lecturer at the Faculty of Medicine of Yokohama City University and a member of the Ministry of Health, Labour and Welfare’s Global Health Working Group. He is a graduate of the University of Tokyo School of Medicine, and the Stanford Graduate School of Business. 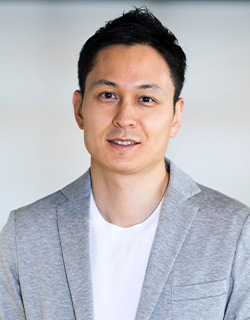