Ms. Kyoko Ama was born in Tokyo in 1974. After graduating from a junior college in Tokyo, she completed a Japanese language teacher training course and worked as a Japanese language teacher at Universiti Malaysia Sarawak. After returning to Japan, she joined the SOCIETY for Promotion of Japanese Diplomacy, an auxiliary organization of the Japanese Ministry of Foreign Affairs. There, she was involved in activities related to international exchange and cooperation. She then began operating a restaurant with her husband. In April 2007, Ms. Ama established “Shiro! Shoni Iryo Mamoro! Kodomo-tachi” association with the goal of improving the state of care for infants and young children by disseminating information on child and infant care to parents and guardians. The association became a general incorporated association called “Shiro Shoni Iryo Mamoro Kodomo-tachi” in July 2012. It conducted 160 lectures to over 6,000 parents and guardians of infants and young children and began giving corporate seminars and lectures on parenting at OB-GYNs in 2018. It was dissolved on April 30, 2020. Ms. Ama also teaches childcare and childrearing as a part-time lecturer in a non-degree graduate program on early childhood education at Tokyo Rissho Junior College. She is the mother of three children.

Her other positions include Member, Roundtable on Promoting the Effective Use of Healthcare, Ministry of Health, Labour and Welfare (MHLW); Member, Study Group on the Ideal Healthcare System for Emergencies and Disasters, MHLW; Member, Study Group on Emergency Medical Services, Fire and Disaster Management Agency, Ministry of Internal Affairs and Communications (MIC); Member, Advisory Committee on Emergency Medical Services, Tokyo Fire Department; Member, Council on Pediatric Care, Tokyo Metropolitan Government; and Member, Council for Promoting Public Awareness for Antimicrobial Resistance (AMR) Countermeasures, Cabinet Secretariat. In addition to serving on many committees in the past, Ms. Ama also serves as the representative of the Children and Healthcare Project. 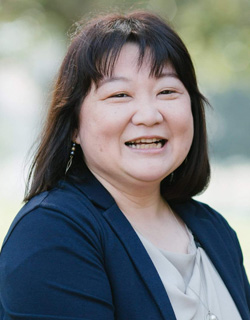