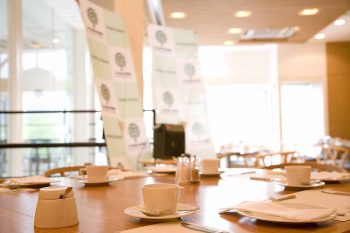 Registration has been closed.

Non-communicable diseases (NCDs) such as cardiovascular diseases, cancers, diabetes, chronic respiratory diseases, and mental illnesses have become the leading cause of death worldwide. According to statistics compiled by the World Health Organization (WHO), 39.5 million people died due to NCDs in 2015, accounting for approximately 70% of all causes of mortality. In 2018, HGPI worked with groups representing patients and other stakeholders from the public to identify policy issues facing various NCDs. With the goal of formulating policy proposals, we brought together representatives from civil society from Japan and abroad for four global forums to discuss policy issues facing NCDs with a particular emphasis on the voices of patients and other people most affected.

Through these activities, we were able to gather examples of preventative measures for NCDs, identify shared policy challenges preventing people with NCDs from being more active in employment and society, and accumulate examples of successful measures for NCDs whose lessons may be applicable to multiple diseases. The forums also gave patient organizations an opportunity to propose healthcare policies.

Based on those efforts, we have invited Mr. Hiroki Takeda (Assistant Chairman, the Social Welfare Corporation Habataki Welfare Project) and Mr. Takeshi Shukunobe (President and CEO, PPeCC) to the 77th Breakfast Meeting. Mr. Takeda spoke at every NCD Global Forum for Civil Society in 2018 and Mr. Shukunobe helped plan workshops and opinion-exchange sessions involving members of the public and patient organizations. This Breakfast Meeting will help everyone in attendance deepen their understanding of shared challenges facing all NCDs from the perspective of the people most affected – patients and the people around them.

■ Profile
About Mr. Hiroki Takeda
A graduate of Waseda University School of Social Sciences, Hiroki lives with hemophilia and was infected with HIV via the administration of unheated blood products (during the “HIV-tainted blood scandal”). He has worked for the Japan Chronic Disease Self-Management Association since its establishment in 2005, and in 2007 he completed the Chronic Disease Self-Management Master Training at Stanford Patient Education Research Center. He is currently serving as a Board Member for the Social Welfare Corporation Habataki Welfare Project, an Auditor for the Japanese Network of People Living with HIV/AIDS (JaNP+), a Steering Committee Member of the Society of Nanbyo (intractable and rare disease) Centers, and on the Ethics Review Committee for the Department of Nursing in the Tokyo Medical University School of Medicine.

About Mr. Takeshi Shukunobe
Mr. Takeshi Shukunobe was born in 1968. He contracted chronic nephritis at age three and began dialysis for chronic renal failure at age eighteen. He has continued dialysis for 31 years. In 2008, his left kidney was removed due to renal cancer. He is a physically disabled person. He is a certified social worker and chairs an association called Patienthood. After resigning from Sony Corporation in 2006 and obtaining his certification as a social worker, he founded Patienthood in 2010. He is also CEO of a patient activist organization for promoting healthcare called AMCOP and serves as a counselor at the Setagaya City Department for People With Disabilities.

Registration will close at 10:00 a.m., Tuesday, May 7, 2019. Participants will be selected by a draw of lots and informed of the results by Tuesday, May 7. Individual supporting members of HGPI will be notified earlier.
After registration has been completed, a confirmation email will be automatically sent. If you do not receive a confirmation email, please contact HGPI by email at info@hgpi.org or by phone at 03-4243-7156.
In the event that you would like to cancel your registration, please inform us by noon on Thursday, May 9, after which HGPI reserves the right to collect a cancellation fee.